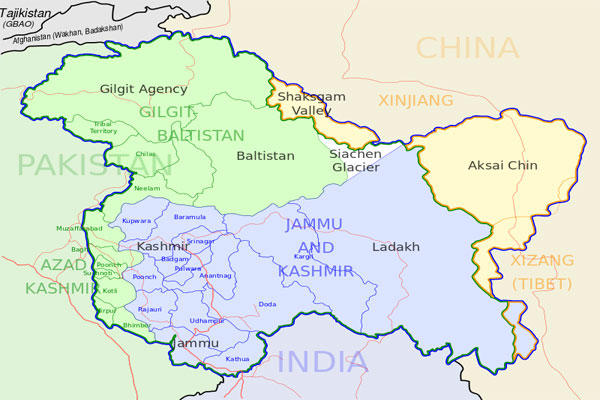 Terrorist from Pakistan captured after attack on BSF soldiers in Jammu

India Blooms News Service | | 05 Aug 2015, 02:56 pm
#Jammu, # BSF soldiers in Jammu, # Terrorist from Pakistan, # Pakistan
Jammu, Aug 5 (IBNS) In a big breakthrough for security forces, a terrorist, allegedly from Pakistan, was caught alive after an attack on a BSF party in which two soldiers were killed.
The attack took place on the highway in the  Samroni region of Jammu's Udhampur district  on Wednesday morning.

One terrorist was also killed as BSF men fired back.

NDTV has quoted Jammu Inspector General Danish Rana as claiming that the captured terrorist is from Faisalabad in Pakistan.

His name is said to be Usman.

Two terrorists in military uniform stopped a bus in which Border Security Force soldiers were travelling and started firing. The BSF returned fire and killed one terrorist.

The second terrorist, Usman, who ran into a school, fought with security forces before he was captured after nearly four hours. He had taken three villagers as hostage.

Usman will be interrogated in a safehouse, the IG has been quoted as saying.

The incident has raised security concerns for Amarnath pilgrims who often take this stretch of highway where the attack took place.

"An attack on this stretch of the NH after a very long time. Worrying development because area was militant free," tweeted former state Chief Minister Omar Abdullah.

A senior Police Officer told IBNS on phone that high officials of the BSF and police  have rushed to the spot, which is 65 kilometres away from here in Udhampur district. "In the wake of today's attack we have deployed additional forces in places overlooking the highway," the officer added.
(With inputs from Saleem Iqbal Qadri)
Related Images