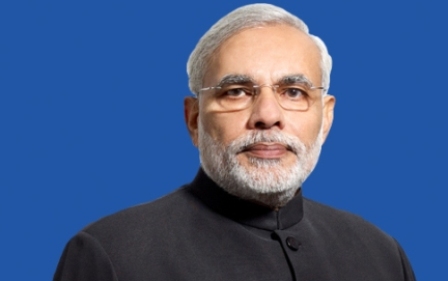 PM Modi swears by labourers, says reforms will be on consensus

" I am confident that we will be able to address the challenges ahead and proceed with reforms with everyone's consensus," he said while addressing the  46th Indian Labour Conference at Vigyan Bhawan. The Prime Minister said his government was making efforts to  simplify the laws "so that even the poorest are able to understand their rights and avail them." "The Government, Industrialists and Labour Organisations; all of us need to think about how much stress we have given on innovation," he said. The Prime Minister said the nation can  not prosper if labourers are sad. "If a labourer doesn't give wings to his own dreams, he will not able to fulfil the dreams of others....There is a wrong habit which has crept in, we do not respect our labour enough...As a society, we need to respect the Dignity of Labour," Modi said. The Prime Minister said : "Industrialists should encourage their labourers to become entrepreneurs. Not keep them in same job for decades." "We are concerned about the labour who is employed, but we are also concerned for the people who are unemployed...If we want to move ahead, we need to give opportunities to our youth. Giving opportunities to apprentices is the need of the hour." he added. Highlighting the steps his government has taken to uphold the interests of labourers, the Prime Minister pointed at the scheme of providing them a monthly pension of Rs. 1000. "I have seen and experienced poverty, I do not need to go somewhere with a camera-man to know about poverty," Modi said.  He said all the medical records of labourers will now be available online.  Last year, Modi had rolled out a new roadmap on the labour front saying reforms in this sector holds thekey to the success of the 'Make in India' campaign. However, sceptical about  the government’s stance, trade unions, especially those belonging to Left parties complained that while the  government was launching some schemes,  simultaneously it was changing the labour laws to push out the labour from their purview.