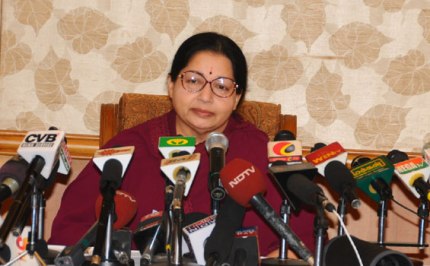 The by-election will be held on June 27.

Jayalalithaa  has to seek election to the state Assembly within six months of taking office, which she did on May 23.

She was disqualified as a lawmaker in September last year and had to step down as Chief Minister after a Bengaluru  court convicted her in a corruption case and sentenced her to imprisonment.

However, last month the Karnataka High Court quashed that conviction and acquitted her, paving the way for her  return as chief minister. She took oath along with 28 ministers in a swift political development.

Days before she was sworn in, her party, the AIADMK's lawmaker from RK Nagar, P Vetrivel, resigned to facilitate her election.

On Monday, the Congress government in Karnataka said it would appeal against the High Court order acquitting  Jayalalithaa on the charge of amassing wealth disproportionate to her income during her first term as chief minister in the 1990s.