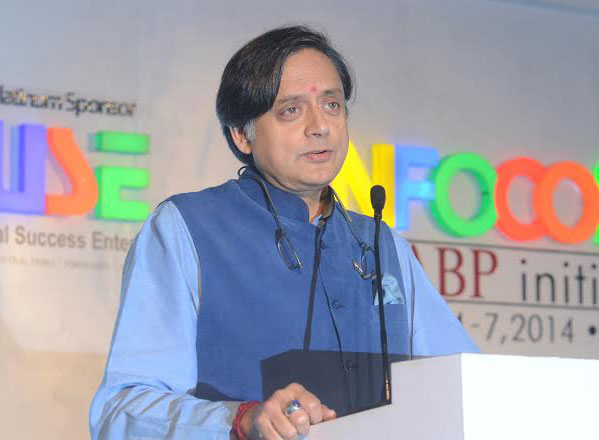 Losing his cool, he called some mediapersons "self appointed liars and scums."

On being asked to comment whether he was worried over the polygraph tests, Tharoor shouted at the media saying: "Aren't you ashamed? This is disgusting."

"I will speak to the police, not to self appointed liars and scums," Tharoor said.

Later, he took to Twitter and posted: "Amused to see my comment to the 1 channel that stalked me at home &at Tvm airport is being twisted as an attack on all media. Taking refuge?."

He made clear that he attacked only those who aired distorted facts and not to the entire fraternity.

"Let's be clear: only 1 channel ran a witch-hunt yesterday all evening, lied&distorted facts, aired innuendo, ran a survey on purported guilt," he wrote.

"It suits gutter journalists 2 pretend I attacked their entire fraternity.I attacked only those who put exploitation of tragedy above justice," he posted.

Three key witnesses in the Sunanda Pushkar murder case have been summoned by the court on Wednesday as they have reportedly agreed to face a lie-detector test sought by the Delhi Police, investigating into the death of Congress leader Shashi Tharoor's wife.