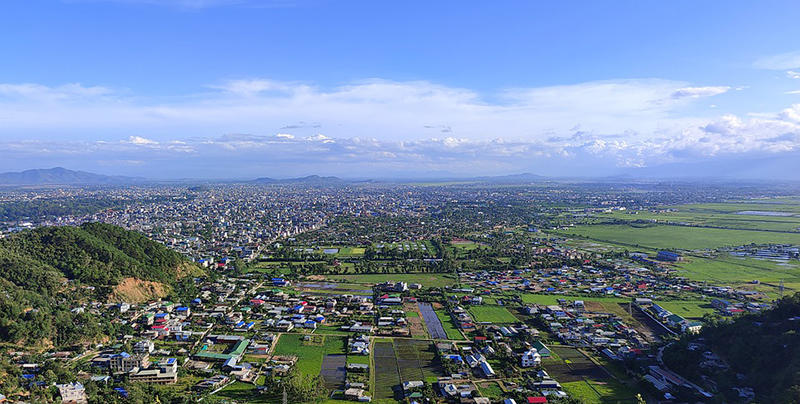 On May 6, 2022, an improvised explosive device (IED) blast was reported from the residence of R.K. Virendra at Khurai Thoidingjam Leikai in Imphal East District. This was the second blast reported within 24 hours. Though no casualty was reported, three vehicles parked in the area and windows were damaged due to the force of the blast.

On May 5, 2022, an IED explosion occurred near PG Paints Centre, owned by Prakash Shetri, at Nagamapal Lamaban Leikai in Imphal West District. Though no casualty was reported, the force of the explosion damaged the shutter of the shop.

Later on, on May 8, the National Revolutionary Front Manipur (NRFM) alternately known as Kangleipak Communist Party (KCP-NRFM) claimed responsibility for both the incidents. According to an NRFM statement issued by its ‘information and publicity secretary’ Sanajaoba Meitei, R.K. Virendra, who is currently serving as an executive engineer at the State Government’s agriculture department, had made boastful remarks and conducted activities that portrayed the militant outfit in poor light, demeaning the NRFM cause. The NRFM spokesperson demanded all concerned, including the engineer and his associates, particularly former agriculture minister O. Lukhoi, to clarify their stand at the earliest. The outfit further warned that it would expose these individuals and initiate ‘suitable action’ in case of failure to comply with the ‘advice’ to issue a clarification.

Earlier, on April 6, 2022, an IED explosion took place at the gate of the residence of Imphal East Zilla Parishad’s Adhyaksha, Pungsungbam Bimola Devi, in the Achanbingei Mayai Leikai area of Imphal East District.

The ‘information and publicity secretary of NRFM, Sanajaoba Meitei, claiming responsibility for the blast, accused Pungsungbam Bimola Devi of collecting money from the public in the name of NRFM, since 2015.

On December 29, 2021, an IED explosion took place in front of a godown belonging to Ramnath Sahu in the Telipati area of Imphal in the Imphal East District.

On December 15, 2021, an IED explosion occurred near a pharmacy on Tinsid road in the Lamlong area of Imphal East District. Though no causalities were reported, the explosion blew up the pharmacy and other shops in the area. Several fire tenders rushed to the spot to douse the fire which broke out after the blast. An arrested NRFM militant later disclosed that INR 1 million had been demanded from the pharmacy.

On November 18, 2021, an IED blast took place in front of a shop belonging to Mohammad Tolen, partially damaging the steel shutter of the shop at Kairang Muslim Mayai Leikai in Imphal East District. No causalities were reported.

The NRFM came into existence on January 7, 2012, as a splinter group of KCP. The exact cause of the split and the cadre strength of the splinters is not known. Like its parent group KCP, NRFM continues to fight for the ‘restoration’ of the independent ‘Kangleipak’ (ancient name of the Manipuri kingdom). The ‘central executive’ of the NRFM consists of its ‘chairman’ Dabalmacha, ‘secretary finance’ Nongpoknganba Meitei, and ‘information and publicity secretary, Sanajaoba Meitei.

Earlier, on August 6, 2010, the KCP-MC-Lallumba faction lay down its arms.

On February 13, 2013, six factions of KCP including the United Revolutionary Front (URF), comprising of KCP-Lanheiba, KCP (Chingkheinganba also known as Nagangom soviet group), and KCP-Sunil Meitei, and three others, under KCP (Lamphel), [consisting of KCP-Lamphel, KCP (City Meitei) and KCP (Taibanganba)] signed a Memorandum of Understating (MoU) with the State Government. The MOU was, in effect, a Suspension of Operations (SoO) agreement.

Two factions of KYKL-MDF were also part of URF. On June 12, 2013, the KCP-MC-Nongdrenkhomba group joined the KCP-MC (Lamphel group). However, the failure to withdraw cases against leaders reportedly led a major chunk of the cadre (except the ‘soviet faction’), led by Khwairakpam Gopen alias Khellen alias Brojen alias Lanheiba alias Lalheiba, to abandon the agreement and revert to violence, including extortion, IED explosions, and the targeting of non-local migrant labourers.

Factionalism has dramatically weakened KCP. According to partial data compiled by the South Asia Terrorism Portal (SATP), all the KCP factions have been responsible for a total of 28 fatalities [seven civilians, 19 militants and one not-specified (NS)] since August 7, 2010, when the first KCP faction entered an SoO Agreement. From March 6, 2000, to August 6, 2010, 167 fatalities (12 civilians, 156 militants, and 11 NS) were linked to these factions. Notably, NRFM has not been linked to any fatalities.

However, KCP-Noyon as part of CorCom, has been responsible for 12 fatalities (one civilian, eight SF personnel, and three militants). The last incident of fatality connected with the group was recorded in 2016. On May 22, 2016, at least six personnel of 29 Assam Rifles (AR), including one Junior Commissioned Officer (JCO), were killed and another seven were injured in an ambush at Hengshi village near Joupi under the Tengnoupal Police Station in Chandel District. The Coordination Committee (CorCom), a conglomerate of several underground outfits, claimed the ambush.

Like other KCP groups in the past, the NRFM too is trying to exploit ‘indigenous’ against ‘outsider’ sentiments, as well as the public demand for the removal of the Armed Forces Special Powers Act (AFSPA). On the occasion of its 10th ‘Raising Day’ on January 7, 2022, NRFM alleged that Manipur was ‘annexed’, transforming “Kangleipak into an inhospitable place for indigenes while carving up niches for outsiders and mixing up the blood apart from imposing many draconian Acts.” On April 1, 2022, AFSPA was withdrawn from 15 Police Station areas of 6 Districts in Manipur - Imphal West (Imphal, Lamphel, City, Singjamei, Sekmai, Lamsang,Patsoi), Imphal East (Porompat, Heingang, Lamlai Irilbung), Thoubal, Bishnupur, Kakching and Jiribam. However, AFSPA remains effective in 82 Police Stations across 16 Districts of Manipur.

The group employs the usual militant modus operandi, calling for Bandhs (shut-down strikes) and employing intimidatory tactics, such as placing IEDs in public and residential places, is to demonstrate its presence. NRFM has given routine bandh calls to mark its presence, particularly coinciding with the visit of top political leaders.

On January 4, 2022, NRFM along with the Coordination Committee (CorCom), imposed a 12-hour bandh in the State on the occasion of Prime Minister (PM) Narendra Modi’s visit to poll-bound Manipur.

On September 21, 2021, NRFM called for a 12-hour bandh, denouncing India's ‘annexation’ of Manipur through the 'Manipur Merger Agreement' signed on September 21, 1949.

Significantly, on April 13, 2021, KCP, Politburo Standing Committee chairman’ Ibungo Ngangom called upon the leadership for the unification of all the armed groups, big and small, in the interest of ‘Kangleipak.’ Ibungo Ngangom declared, “Until we come to project a united front, making any further progress in the struggle remains a challenge.”

SFs will have to take necessary steps to prevent further consolidation of KCP-NRFM, particularly the neutralization of its leadership, so that its further violent activities can be brought to an end. Further, strong initiatives are required to prevent the formation of any ‘united front’ by KCP, which could seriously alter the security scenario in the State.