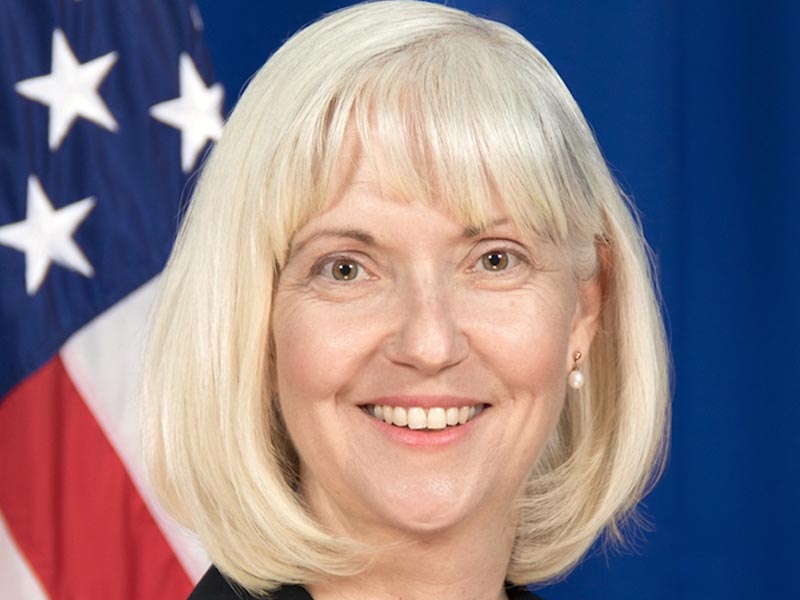 As I prepare to bid farewell to Kolkata after three years, I am grateful for the opportunity to reflect on the growth of the U.S.-India relationship and to express my deep appreciation for the valued partnerships we have nurtured in eastern and northeastern India.  It has been an honor to serve as the Consul General of the U.S. Consulate in Kolkata, and very fulfilling to experience first-hand the bilateral cooperation in action during my tenure.

Since I took charge in August 2018 and before the pandemic struck, I was fortunate to be able to travel extensively to each of the eleven states in our consular district.  I experienced the warmth of our strong people-to-people ties and collected some indelible memories, such as eating fried worms in a tribal hut at Nagaland’s Hornbill Festival.

In 2019, the U.S. Consulate General Kolkata celebrated 225 years of continuous diplomacy between the United States and Kolkata. Therelationship dates back to 1794, when the first U.S. president, George Washington, appointed businessman Benjamin Joy as U.S. Consul to Kolkata. I am delighted to have had the opportunity to be part of that long and substantive relationship. Kolkata is a remarkable city, India’s cultural capital, and I will miss it.

Although we are based in Kolkata, our consular district is vast and diverse, with five international borders, and engagement by the U.S. Consulate reaches into remote corners of the region. Our work includes preventing trafficking in persons, promoting women’s entrepreneurship, supporting minority rights, promoting U.S. higher education, providing English language and leadership programs for youth through English Access, and forging cultural connections in the Indo-Pacific region.

Trafficking-in-Persons (TIP):  Consulate Kolkata is nationally recognized for its annual anti-trafficking-in-persons (TIP) conclaves dating back 10 years. These conclaves, buttressed by lead-up and follow-on campaigns, bring together government and law enforcement officials with NGOs and educators to work together to address new and ongoing challenges. I have been particularly inspired by hearing survivors’ stories and honored that the U.S. Consulate Kolkata has played a part to foster their resiliency and helped empower and educate young girls to avoid the TIP trap.

Women’s Entrepreneurship:  We have worked to empower women entrepreneurs in East and Northeast India through multiple programs, including a White House-led Academy of Women Entrepreneurs project that supported more than 150 women in five states of Northeast India with online learning, mentorship, and networking opportunities to grow their businesses. We have paired local entrepreneurs with business students to invigorate the entrepreneurship ecosystem here in Kolkata, creating a Global Links network of over 300 women entrepreneurs and academics. Our Breaking the Glass Ceiling project identified top women entrepreneurs throughout our consular district for an intensive boot camp and “shark tank” style pitch session with investors. We also support STEM education for girls and grassroots grants to assist rural women in skills development. In the coming year, we are planning programs to support the inclusion of more women and gender minorities in the workforce. We are grateful to our implementing partners for coordinating with us in this important work.

LGBTQI+ Rights:  Our Consulate has supported LGBTQI+ communities in eastern and northeastern India since 2017, providing a safe space for activists to discuss issues of concern to the community. The Biden-Harris Administration has made human rights a priority issue and stands behind our efforts to strengthen LGBTQI+ networks and equip them with skills to find acceptance within the larger community. We supported targeted trainings for medical care workers, which led to the opening of eastern India’s first transgender clinic at Peerless Hospital in Kolkata in February 2020. In March 2021, I traveled to Manipur to inaugurate a U.S. Centers for Disease Control and Prevention-supported Transgender Health and Welfare Center and Health Desk in Imphal, implemented by I-TECH India and the Maruploi Foundation—the first of its kind in the Northeast. In June, U.S. Consulate Kolkata proudly raised the rainbow flag and organized programs that included a listening event for Consulate staff to hear from local LGBTQI+ leaders; an interactive discussion with alumni about cross-cultural queer experiences; and a warmly-received social media campaign that highlighted the stories of LGBTQI+ voices from eastern and northeastern India. Our upcoming activities aim to raise awareness and safeguard the rights and choices of LGBTQI+ communities and to support educational and training opportunities, as well as access to public spaces and employment. 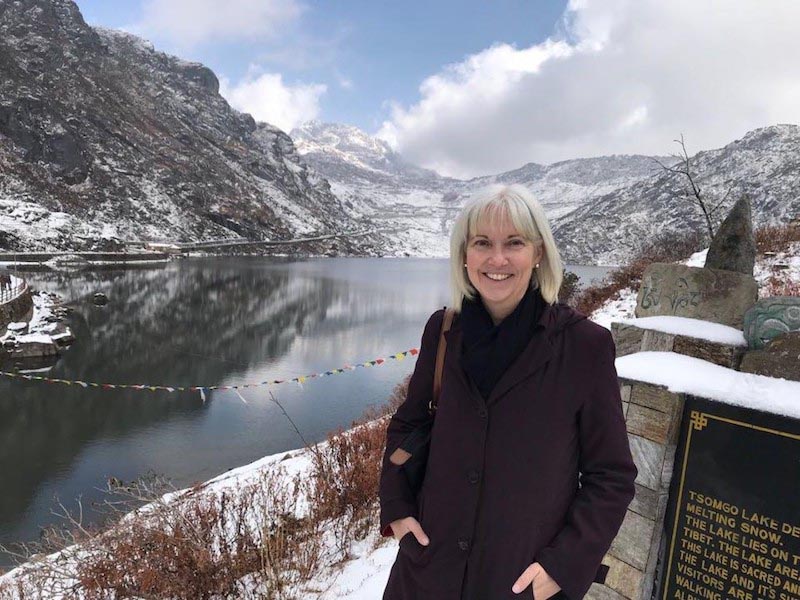 EducationUSA/USIEF Kolkata:  Welcoming Indian students to the United States is a top priority for us and is the foundation of our strong people-to-people ties. India sends the second-highest number of international students to the United States, and that trend continues to hold steady. We are proud of the students from north and northeastern India, and our Consulate’s public affairs section works closely with our EducationUSA and USIEF partners to increase our reach and offer opportunities to non-traditional students. In particular, I’d like to give a shout-out to Seema Kumari, a YES alumna from a rural village in Jharkhand, who was admitted to Harvard University this year!

English Access Microscholarship Programs:  In 2018, I was delighted to kick off the Kolkata-based English Access program with the nonprofit organization Jungle Crows, which uses sport to help youth from vulnerable communities reach their potential. In the past three years, we implemented Access programs in Kolkata, Patna, Guwahati, Shillong, and Ranchi with a focus on talented first-generation learners from underserved communities. Implemented by enthusiastic local teachers, those programs taught much more than English, providing students with the skills to take on leadership roles in their communities, particularly during the pandemic. In Ranchi, we launched our first all-girls English Access program for survivors of human trafficking and gender-based violence. In Guwahati, Sishu Sarothi successfully completed Northeast India’s first English Access program integrating students with disabilities with the mainstream students. Despite pandemic challenges, 270 students graduated from English Access over the last two years—attending their graduations and witnessing their infinite potential was a highlight for me!

Ambassadors Fund for Cultural Preservation in Northeast India:  This year, the Ambassadors Fund for Cultural Preservation has accepted a project in Northeast India that will document the ancient cultural traditions of 18 indigenous communities in the Brahmaputra valley, bordering China. Dovetailing with efforts by the government of Arunachal Pradesh, the project will develop sustainable and responsible tourism to the region by both promoting and safeguarding indigenous culture. We are excited that the project will serve as a living example of the U.S.-India partnership in strengthening indigenous cultural heritage as a means to strengthen sustainable development in the region.

Over my three-years tenure here, we have accomplished a lot. But it has not always been easy. We have witnessed the destruction and suffering caused by Cyclone Amphan and the global pandemic. We have remained resilient and offered assistance to vulnerable communities. But despite these dire times, we have also built relationships, strengthened existing ties, and found new ways to cooperate in advancing our shared interests and values.

There are many things that I will remember about India, but it is the people I have met and the friends I have made that make this parting so difficult. People opened up their homes and invited me into their families, and their generosity has been humbling. India is so rich, varied, and vast, that after three years I feel I have only scratched the surface and I need to return one day to continue my explorations.