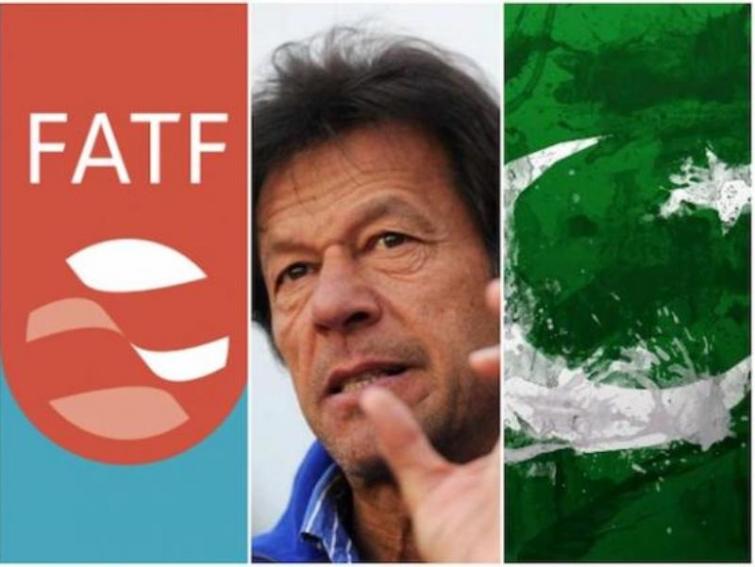 In its Plenary held on February 22, 24, 25, 2021, the Financial Action Task Force (FATF)  decided to retain Pakistan in its listing of Jurisdictions under Increased Monitoring – the ‘grey list’ – along with 18 other countries. Pakistan has been on the ‘grey list’ since June 2018.

In June 2018, Pakistan had made a high-level political commitment to work with FATF and the Asia Pacific Group (APG) to strengthen its Anti-Money Laundering (AML)/ Countering Financing of Terrorism (CFT) regime and to address its strategic counter-terrorist financing-related deficiencies. It had submitted a 27-point action plan. Though the 27-point action plan is not openly available to officially determine what actions Pakistan has taken so far, in its release after the February 2021 Plenary, FATF urged Pakistan to work on implementing the "three remaining items in its action plan to address its strategically important deficiencies," namely by.

Interestingly, in its previous Plenary held on October 21-23, 2020, FATF had asked Pakistan to address the same issues, along with "demonstrating enforcement against TFS violations, including in relation to NPOs [Non-Profit Organisations], of administrative and criminal penalties and provincial and federal authorities cooperating on enforcement cases." It had urged Pakistan that "as all action plan deadlines have expired, the FATF strongly urges Pakistan to swiftly complete its full action plan by February 2021".

In its Plenary held on February 19-21, 2020, the FATF had asked Pakistan to resolve eight "strategic deficiencies" including the three "remaining items" mentioned above. It had even warned,

… should significant and sustainable progress especially in prosecuting and penalising TF not be made by the next Plenary, the FATF will take action, which could include the FATF calling on its members and urging all jurisdictions to advise their FIs to give special attention to business relations and transactions with Pakistan.

As expected, through 2020, Pakistan continued with efforts to deceive the world community, taking some cosmetic measures  against terrorists and terrorist entities operating out of its soil and listed under Resolutions 1267 and 1373, to come out of the 'grey list'. Most recently, in January 2021 Pakistan initiated the following measures:

January 2: Lashkar-e-Toiba (LeT) leader Zaki-ur-Rahman Lakhvi was arrested. He was subsequently convicted on terrorism financing charges on January 8.
January 7: An arrest warrant was issued against Jaish-e-Mohammed (JeM) chief Maulana Masood Azhar. He has not yet been arrested. The warrant was issued in a terrorist financing related case.
January 12: Jamaat-ud-Dawa leaders Zafar Iqbal, Yahya Mujahid and Abdur Rehman Makki were convicted by the Lahore Anti-Terrorism Court in a terrorism finance related case. They were again convicted in another case on January 18 by the same Court.

The reality that these actions were hurriedly taken just days before the February 2021 Plenary, and that their impact was no more than notional, with little real restraint placed on the 'arrested' and 'convicted' individuals, is abundantly clear, but has largely been ignored by the FATF. Indeed, Pakistan has failed to take effective measures against any of the prominent terror leaders/entities operating out of its soil. The founder and chief of the LeT/Jammat-ud-Dawa (JuD) Hafeez Saeed and the JeM chief Maulana Masood Azhar, continue to enjoy the support of the Establishment in Pakistan. According to reports, though Saeed is officially stated to be serving time in jail , in fact he continues to reside at his Johar Town house in Lahore, Punjab, from where he continues to run his terrorist complex. Azhar was reportedly shifted from his Bahawalpur 'headquarters' in Punjab, to Rawalpindi, the garrison town, for his 'personal safety' by the deep state.

Moreover, several reports confirming the sustained and close ties of Pakistan's Inter Services Intelligence with the Afghan Taliban, the Haqqani Network and Al-Qaeda, continued to emerge through 2020. The acquittal of Omar Saeed Sheikh, the main accused in the 2002 beheading of American journalist Daniel Pearl, by the Supreme Court of Pakistan in January 2021, further exposes Islamabad's lackadaisical approach to terrorism. Regrettably, the people at the helm continue to justify terrorism in the name of religion. Instead of criticizing the beheading on October 16, 2020, of the French teacher, who had used cartoons of the Prophet Mohammed in a class to illustrate a lesson on freedom of speech and expression, Prime Minister Imran Khan posted a letter on October 28, 2020, on Twitter, "My letter to leaders of Muslim states to act collectively to counter the growing Islamophobia in non-Muslim states esp Western states causing increasing concern amongst Muslims the world over." In the letter, among other things, Khan asserted,

Today, we are confronting a growing concern and restlessness amongst our Ummah (community) as they see the rising tide of Islamophobia and attacks, through ridicule and mockery on our beloved Prophet PBUH in the Western world, especially Europe.

The SF: terrorist kill ratio continued to favor the terrorists in 2020 as in 2019. The ratio worked out at 1:1.11 in 2020 and 1:1.59 in 2019, demonstrating the stronger position of the terrorists on the ground. Not surprisingly, the impact on civilian security has been palpable, with fatalities in this category increasing by 19.01 per cent. Ahamadiyas and tribal elders  faced increased violence.

Though Balochistan remained the epicenter of violence, there were ample signs of a resurgence of violence, after a relative peace, in Khyber Pakhtunkhwa. Minorities continued to bear the brunt of terrorism in Punjab, while separatism was on the rise in Sindh.

Moreover, State’s secret operations against its own people continued in Gilgit-Baltistan, Sindh, Khyber Pakhtunkhwa and Balochistan. According to Pakistan’s Commission of Inquiry on Enforced Disappearances latest monthly progress report, as on January 31, 2021, since the formation of the Commission in March 2011, at least 6,921 cases of Enforced Disappearances had been received, including 415 in 2020, as well as 23 in January 2021. The report claimed that at least 2,122 of these 6,921 cases remained unresolved as of January 31, 2021.

Meanwhile, the political situation in the country continued to deteriorate through 2020, with the Opposition intensifying its campaign against the 'selected' Prime Minister Imran Khan and 'corrupt government' of the Pakistan Tehreek-e-Insaf (PTI) under his leadership. During the All-Parties Conference on September 20, 2020, the Opposition announced the formation of the Pakistan Democratic Movement (PDM), an alliance of 11-opposition parties. After the first meeting of the PDM on September 29, senior Pakistan Muslim League-Nawaz (PML-N) leader and former Prime Minister Shahid Khaqan Abbasi, declared,,

Space is shrinking for democracy in Pakistan. Inflation is on the rise, the economy is in tatters, unemployment and corruption has hit a new peak. The PDM will bring a real political change in the country.

Since then, PDM has held several mass rallies across Pakistan and has attracted huge support.

The PDM has also targeted the deep state, alleging that it has been increasingly involved in Pakistani politics. In the most recent rally held in Hyderabad, Sindh, on February 9, 2021, PDM chief and Jamiat-Ulema-e-Islam-Fazl leader Maulana Fazlur Rehman noted that, when PTI won the 2018 election, the Army had congratulated it by saying "we have defeated the enemy," and asked how it could then be said that the military establishment had no connection with the ruling party? Jamiat Ulema-i-Pakistan leader Owais Noorani was more forthright when he, referring to the Inter-Services Public Relations (ISPR) Director General Maj Gen Babar Iftikhar's statement that politicians should not drag the army into politics, observed,

Noorani demanded that the Army "write it down that you will go back to your barracks".

It is pertinent to recall here that the Tehreek-e-Labbaik Pakistan (TLP) had staged a 21-day sit-in at Islamabad's Faizabad Interchange in 2017, demanding the resignation of the then Law Minister Zahid Hamid for allegedly amending the Khatm-e-Nabuwwat clause in the Election Act, 2017. After several days, the Government had called out the Army to break up the sit-in, but the Army stated that it couldn't use force against 'our own people'. Finally, Hamid resigned, following an agreement between TLP and the Government. The Pakistan Supreme Court later observed,

…when TLP's dharna participants received cash handouts from men in uniform, the perception of their (the Army's) involvement gained traction.

Meanwhile, PDM has planned a ‘long march’ to Islamabad on March 26, 2021. Before that, elections for the 48 vacant seats of the Senate are slated to be held on March 3, 2021. The durability of the PTI Government, which is hanging on a wafer-thin margin in the National Assembly and is in a minority in the Senate, will depend on the PDM’s success in the Senate elections as well in the ‘long march’. The prospect a of military coup also cannot be ruled out in such a chaotic political scenario.

Pakistan remains a ‘grey area’ and a big security concern for the world community. The threat will become graver if the ISI’s proxies in Afghanistan – the Taliban and the Haqqani Network – succeed in capturing political power in Kabul.