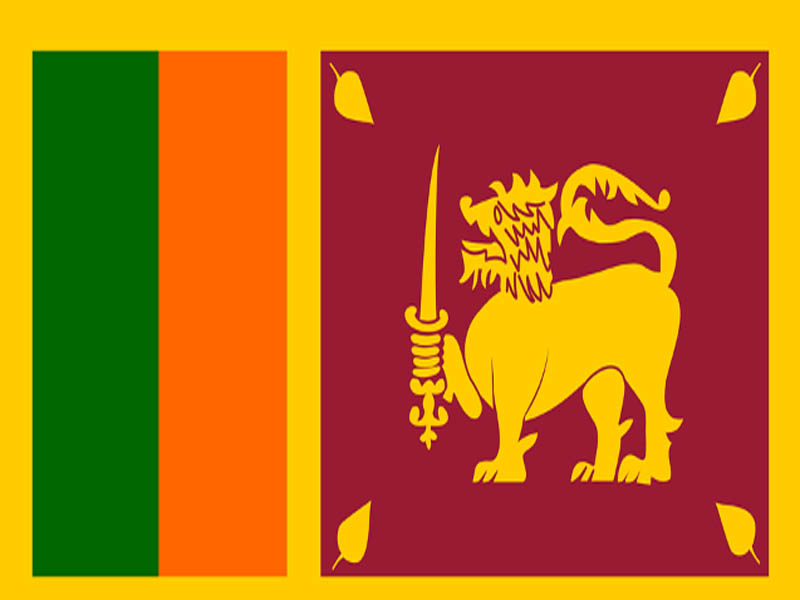 A fast-unto-death protest started by five undergraduates of the Jaffna University came to an end soon after Vice Chancellor of the University S. Srisatkunarajah laid the foundation stone for the reconstruction of the Mullivaikkal Memorial within the university premises on January 11, 2021.

The Mullivaikkal Memorial was erected by Tamil students in 2019 to mark the 10th anniversary of the end of the civil war.

This is a deliberate, provocative act, knowing well that memorials are to do with people's emotions. After a relatively peaceful period here, this act will trigger much pain and anger, especially among our youth. That is very worrying.

Indeed, such actions have the potential to give fillip to the minuscule number of remaining sympathizers of the Liberation Tigers of Tamil Eelam (LTTE) within the country and their promoters among the Tamil Diaspora who, despite the LTTE’s decisive defeat in 2009, remain relentless in their efforts to keep the memory alive. More worryingly, Diaspora elements have been found to be involved in several failed attempts to carry out terrorist attacks.

Most recently, on December 2, a former female LTTE cadre and her husband were arrested in a joint operation by the Police and the Army in Paranthan town, Kilinochchi District. Their child was with the couple. They were arrested while transporting a claymore mine weighing 1.8 kilograms in a bus plying from Jaffna (Northern Province) to Kandy (Central Province). Later, based on their disclosures, one hand grenade was also found buried in the yard of their house. The claymore mine was to be sent to the Eastern Province to carry out terror attack. It was also revealed that a Switzerland-based group was behind this latest plan.

According to intelligence sources, this is the 15th attempt made by the LTTE to carry out an attack following the end of the war in May 2009.

The country recorded one LTTE-linked fatality in 2020. On July 8, 2020, a former LTTE ‘intelligence agent’, Thangarasa Thevanesan (43), who sustained burn injuries when a crude bomb exploded accidentally in his house located at the Puliyadi Junction in Kilinochchi District of Northern Province on July 3, succumbed to his injuries. The last LTTE-related fatality before this was reported on April 10, 2014, when four people, including an Army Lance Corporal and three LTTE cadres, were killed in a clash between Security Forces (SFs) and LTTE cadres in the Nadunkarni area of Vavuniya District.

Meanwhile, the Government continued to crack down on the remnants of the LTTE in 2020. According to partial data compiled by the South Asia Terrorism Portal (SATP), four former LTTE cadres and sympathizers were arrested across the country. There were 27 such arrests in 2019. Since May 2009, at least 346 former LTTE cadres have been arrested.

The Government also continued its nationwide crackdown on the Islamist group, National Thawheed Jamaath (NTJ), which was responsible for the Easter Sunday attacks on April 21, 2019, in which 259 people were killed and another 500 were injured. 11 NTJ cadres were arrested across the country in 2020, after 294 such arrests in 2019.

On January 8, 2021, The United States Department of Justice, announced that three Sri Lankan citizens had been charged with terrorism offenses, including conspiring to provide material support to the Islamic State (IS, also Daesh) for the 2019 Easter Sunday suicide attacks. The three defendants named in the criminal complaint, all of whom pledged allegiance to IS, were Mohamed Naufar, the ‘second emir’ for the group of IS supporters that called itself “ISIS in Sri Lanka,” who allegedly led the group’s propaganda efforts, recruited others to join IS, and led a series of multi-day military-type trainings; Mohamed Anwar Mohamed Riskan, who allegedly helped manufacture the Improvised Explosive Devices used in the Easter Attacks; and Ahamed Milhan Hayathu Moahmed, who allegedly executed a Police officer in order to obtain the officer’s firearm, shot a suspected informant, and scouted a location for a separate terrorist attack. All the defendants are in custody in Sri Lanka. The US Justice Department stated that it would support the Sri Lankan investigation and prosecution and would continue to work with the authorities there to pursue the shared goal of holding these defendants accountable for their crimes.

Emphasizing that ensuring national security was his and the Government’s first and foremost responsibility, President Gotabhaya Rajapaksa stated, on October 3, 2020, “Appropriate steps have already been taken to achieve this. We will ensure that no ethnic, religious or other forms of terrorism or extremism are allowed on this land and that the right of every citizen to live without fear and suspicion is fully protected.”

Reiterating the Government’s determination, Defense Secretary General (Retd.) Kamal Gunaratne asserted, on December 30, 2020, that there was no room for separatism and extremism in the country, since they had taken steps to thwart all such attempts.

On the political front, the hold of Rajapaksa brothers strengthened further after the Mahinda Rajapaksa-led Sri Lanka People's Party (SLPP)’s secured a clear victory in the Parliamentary Elections  held on August 5, 2020.

In the very first meeting of the new Cabinet, held on August 19, 2020, the Sri Lanka Government decided to abolish the 19th Amendment and to bring in the 20th Amendment to the Constitution. The 20th Amendment, passed on October 22, 2020, granted sweeping powers to the Executive President. With 157 votes in favor and 64 against, the motion secured more than a two-thirds majority. The Amendment gave the President the power, inter alia, to appoint senior judges, members of the Human Rights Commission and other independent institutions, such as anti-corruption bodies; to appoint and dismiss Ministers, including the Prime Minister; and to dissolve Parliament at any time two and a half years after elections.

Meanwhile, the Presidential Election of November 16, 2019, brought Gotabaya Rajapaksa’s to the Presidency, after which the Government reversed several decisions of the previous Government, which had been intended to help in ethnic reconciliation.

Since coming to power in 2019, the Gotabaya Rajapaksa Government stopped issuing interim relief payments to families of the ‘disappeared’, putting them under further financial strain. According to the recommendations of the Office on Missing Persons (OMP) Act enacted on March 13, 2018, by the Ranil Wickremesinghe Government, families had begun to receive SLR 6,000 per month as a living allowance to ease the straitened circumstances they had endured after the disappearance of their relatives, including many individuals who were the sole income earners within such families. On January 7, 2020, an official attached to the Justice Ministry disclosed that the Government had decided to review the OMP Act. The Act, however, remains in place at present.

If the CTA [Counter Terrorism Act] was enacted, it would have stopped the Armed Forces and Police from dealing effectively with the threat of terrorism, and instead curbed the rights guaranteed to the people by the Constitution, such as political trade union rights, and their freedom of expression.

Moreover, expressing serious concern over the Counter Terrorism Bill, the then opposition leader and former President Mahinda Rajapaksa (now the Prime Minister) had stated on April 2, 2019, "The proposed new legislation is because of undue international pressure and the failure of the Government."

The Gotabaya Rajapaksa Government declined to sing the national anthem in Tamil, the country’s second national language, during the island’s Independence Day celebrations on February 4, 2020. Earlier, on February 4, 2016, the Ranil Wickremesinghe Government, had taken a decision to sing the anthem in the country’s two primary languages – Sinhala and Tamil – to promote ethnic harmony in the aftermath of a decades-long civil war. Tamil politicians had requested Gotabaya to continue the practice of singing the Tamil translation of the national anthem, recognized by the Constitution, in order to give the Tamil community a sense of belonging to the country after decades of estrangement.

President Rajapaksa has transferred responsibility for large areas of civil administration to the Ministry of Defense. The Government placed over 30 agencies, including the Police, under the authority of the Ministry of Defense, and retired and serving military officers have been appointed to numerous key posts previously held by civilians. On June 2, 2020, President Rajapaksa established a Presidential Task Force composed entirely of military and security officials, with loosely defined powers and the authority to issue instructions to all government officials, to build a ‘Secure Country’ and ‘Disciplined, Virtuous and Lawful Society.’

While threats from a small number of surviving LTTE sympathisers, and from presently dormant Islamist radical formations, remain a challenge, the policy reversals on several issues by the present Government are an overkill, and are likely to further disrupt the tentative reconciliation process in the country.