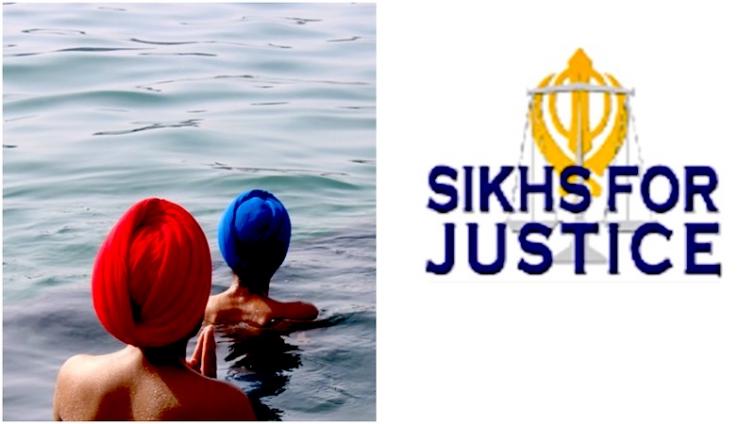 On December 18, 2020, the National Investigation Agency (NIA), filed a chargesheet against 10 accused, including designated terrorist Gurpatwant Singh Pannun of the banned secessionist organization – Sikhs for Justice (SFJ) – before the NIA Special Court at Mohali in the Sahibzada Ajit Singh Nagar District of Punjab. Originally registered by Punjab Police at Sultanwind Police Station, Amritsar (City) on October 19, 2018, the case was subsequently re-registered by the NIA (RC-19/2020/NIA/DLI) on April 5, 2020. The case relates to a series of acts of violence including acts of arson in Punjab in 2017-18, carrying out propaganda activities, both online and on ground campaigns in support of SFJ and the purported ‘Referendum 2020’. These acts were committed by a gang of radicalised Sikh youth under the direction and financial assistance from SFJ handlers located abroad, as part of an organized conspiracy by the accused for the launch of a concerted secessionist campaign for the creation of ‘Khalistan’.

…social media accounts are being used to radicalise impressionable youth & breed enmity on the grounds of region and religion… Gurpatwant Singh Pannun (leader of SFJ) radicalised and recruited the other accused persons into SFJ… accused persons had received funding from their handlers located abroad through various MTSS (Money Transfer Service Scheme) platforms to further the conspiracy.

Earlier, on December 9, 2020, the NIA had filed a chargesheet against 16 foreign-based 'Khalistanis', members of SFJ, before an NIA special court in New Delhi. The chargesheet related to a case (RC-02/2019/NIA/DLI) registered on January 15, 2019, pertaining to an alleged organised conspiracy by the accused to launch a concerted secessionist campaign under the banner of 'Referendum 2020' for the creation of so called 'Khalistan' by "liberating Punjab from Indian occupation."

...Sikhs for Justice… in the garb of 'Human Rights advocacy group' with its offices in various foreign countries like the US, Canada, the UK, Australia etc, is a frontal organization of Khalistan terrorist outfits operating from foreign soils including Pakistan… a number of websites have been launched [by the SFJ], which are being used to propagate sedition as well as enmity on the grounds of region and religion, to radicalise impressionable youth, to cause disturbance to peace and harmony and to raise funds for terrorist activities.

It is useful to recall that, since July 2020, SFJ has intensified efforts to propagate its 'Referendum 2020' campaign on social media. However, the Government of India (GoI) has been prompt in blocking the websites foiling SFJ's attempts. For instance,

On July 4, 2020, the GoI blocked a Russian portal, www.punjabfree.ru, shortly after going online. SFJ launched its online voter registration for 'Referendum 2020' for people in Punjab through this portal. SFJ appealed to the people in Punjab aged 18 or above, from any religion, as well as the Sikhs living anywhere else in India, to register their votes for participation in the non-governmental 'Punjab Independence Referendum'.
On July 5, 2020, the Union Ministry of Electronics and Information Technology reportedly took down 40 websites run and operated by the SFJ, on a recommendation from the Union Ministry of Home Affairs (UMHA). These websites were being used to propagate anti-India sentiments across the world and for efforts to recruit young Sikhs to join militant ranks.
On July 19, 2020, GoI blocked a Canadian portal - 'DelhiBanayGaKhalistan.ca' launched by SFJ to register 'Referendum 2020' votes in Delhi.

SFJ’s Facebook page has already been banned in India after the inclusion of the group as an “unlawful association” under the Unlawful Activities (Prevention) Act (UAPA) by UMHA.

On July 1, 2020, UMHA declared SFJ’s founder and legal adviser – Gurpatwant Singh Pannun – as a terrorist under the UAPA for his involvement in acts of terror and pushing the ‘Khalistan’ movement.

Despite this, on September 7, 2020, SFJ announced that its pro-Khalistan ‘Referendum 2020’ would take place in the month of November 2020. Consequently, an alert was issued by Indian security agencies to State Police Forces and counterpart wings therein, especially in Punjab, Chandigarh, Jammu and Kashmir (J&K) and Delhi, to keep a close watch on social media, which were the likely tool SFJ would use to drive its ‘Referendum 2020’ campaign from foreign soil.

Further tightening the grip over social media, on November 2, 2020, the Union Ministry of Electronics and Information Technology issued orders to block 12 websites containing Khalistani content. The websites were linked with and being directly operated by SFJ. The blocked websites included SFJ4Farmers, pbteam, seva413, pb4u, sadapind, among others, with "org" extensions.

Reacting to the strict monitoring and regulation of social media for SFJ’s propaganda activities, the organization has resorted to new ways to push its secessionist agenda.

On September 16, 2020, SFJ announced that it would undertake a door-to-door drive for voter registration in Punjab for its ‘Referendum 2020’. SFJ adopted the tactic as its online ‘Referendum 2020’ voter campaign on Canadian and Russian portals failed to secure traction. The secessionist organization announced that it would ‘cover’ 12,000 villages of Punjab in 30 days, starting from September 21 and, to this end, would recruit 1,000 ‘qualified referendum ambassadors’ who would register voters in their respective assigned geographical areas for ‘Referendum 2020’. SFJ promised to pay a monthly stipend of INR 7,500 each to these ‘referendum ambassadors’ for their services. There was, however, no evidence of implementation on the ground, and the plan failed entirely.

Further, according to NIA, as reported on December 10, 2020, SFJ has been attempting to undermine the security of the Indian State by instigating Sikh personnel in the Indian army to rise in mutiny against India.

On November 29, 2020, amid the escalating protests by farmers against the three farm legislations passed in the Parliament in September 2020 [Farmers' Produce Trade and Commerce (Promotion and Facilitation) Act, the Farmers (Empowerment and Protection) Agreement on Price Assurance and Farm Services Act, and the Essential Commodities (Amendment) Act], SFJ offered support of USD 1 million to the protestors. SFJ’s Chief Gurpatwant Singh Pannu released a video, promising aid to the protestors who were injured or whose tractors were damaged during the protests. There is no evidence of any actual disbursement of funds.

Moreover, in a letter dated December 5, 2020, addressed to the External Affairs Minister Subrahmanyam Jaishankar and Union Minister of State for External Affairs Vellamvelly Muraleedharan, SFJ conveyed its intention to block Indian Missions in USA, Canada, UK and Europe, to ‘stand in solidarity’ with the protesting farmers of Punjab.

On September 9, 2020, the Macdonald Laurier Institute, a think tank based in Ottawa (Canada), released a report Khalistan: A Project of Pakistan, which stated that 'Khalistan' was a project sponsored by Pakistan, and was detrimental to the national security not only of India but of Canada as well. Terry Milewski, one of Canada's prominent journalists, who authored the report, revealed that Pakistan had launched the 'Khalistan' insurgency using Sikhs in Indian Punjab to avenge its own defeat in the Indo-Pak 1971 war. The report also claimed that western democracies with large Sikh communities, such as Canada, the UK and the US were aware of this absurdity and were, consequently, sceptical about the 'Khalistan Referendum.'

Punjab is part of India. This is a matter for the government and people of India, not foreign countries or overseas organisations. While we support the right of anyone to voice their opinion, the UK government is not involved in any way with this unofficial and non-binding referendum. We consider the Indian Punjab to be a part of India.

Nevertheless, despite the recurrent failure of its strategies, SFJ announced, on November 25, 2020, that it would organise a "global referendum" from the UK on August 15, 2021. The group's 'General Counsel' Gurpatwant Singh Pannun circulated this information on some internet platforms.

The security and intelligence apparatus has been successful in neutralizing SFJ’s tactics and preventing its malicious ‘Referendum 2020’ campaign. Nevertheless, any complacency at this stage would be risky as the secessionist agenda is constantly being kept alive by radicalized elements in the Sikh Diaspora, as well as by the Pakistani intelligence establishment. There is also a need for GoI to work more effectively with countries such as Canada, UK, and USA, to deal with the activities of the radicalized elements among the Sikh Diaspora in these countries.