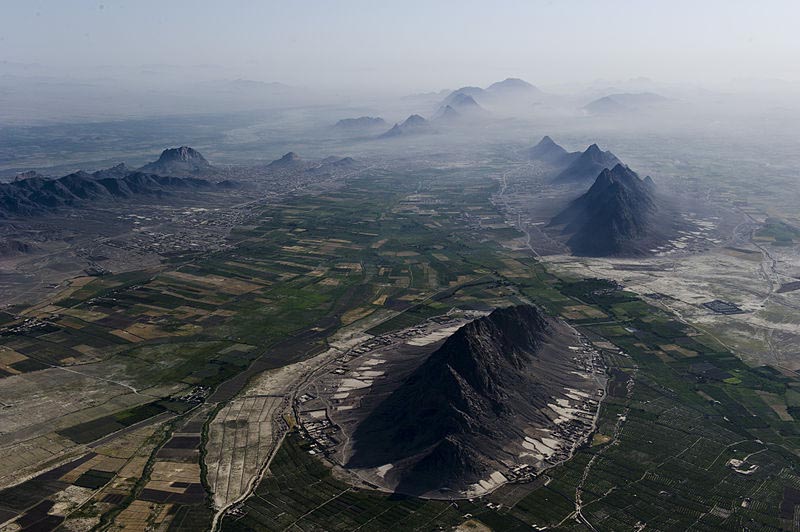 Several parts of Nawa and Nad Ali Districts of Helmand Province were cleared of the Taliban in the ongoing operation by Afghan Security Forces (SFs), the Ministry of Defense said on October 28, 2020. The operation was launched on October 26, in these two districts as well as in Lashkargah city, the capital of Helmand, to retake the areas that had fallen to the Taliban two weeks ago, a statement by Ministry of Defense read, adding, “More than 100 Taliban fighters were killed and wounded in the operation.”

Earlier, on October 19, Khalil-ur-Rahman, the Helmand Police Chief, stated, “There is the issue of public benefit. The enemy has damaged it. Therefore, we don’t want to harm civilians and we move forward slowly.”

The Taliban attack started on October 10, 2020, in various places of Helmand Province, in a bid to capture Lashkargah, the provincial capital. The militants overran security checkpoints, while a number of Districts including Nad Ali and Nawa also came under attack. Following the Taliban’s push on Lashkargah and the seizure of security checkpoints, the US launched air attacks against the group’s fighters in support of the Afghan SFs. The U.S. Forces-Afghanistan (USFOR-A), Spokesman Colonel Sonny Leggett tweeted on October 12, “Over the past two days USFOR-A has conducted several targeted strikes in Helmand to defend ANDSF forces under attack by Taliban fighters, consistent with the U.S.-Taliban agreement. USFOR-A has & will continue to provide support in defense of the ANDSF under attack by the Taliban”. Within 24 hours of the attack, the Afghan National Security Defence and Security Forces (ANDSF) claimed to have neutralised around 126 terrorists and injured another over 100. Later, on October 18, Colonel Leggett, added on Twitter that “the entire world has witnessed the Taliban’s offensive operations in Helmand – attacks which injured and displaced thousands of innocent Afghan civilians.”

Taliban ‘spokesman’ Mohammad Naeem, however, asserted that the group’s fighters were recapturing districts that were previously under their control but were retaken by Afghan SFs a few months ago. The Taliban controls most of Helmand Province and in recent years has conducted several attacks to capture Lashkargah, but its fighters have been repeatedly pushed back by Afghan SFs.

10 years ago, more than 15,000 Afghan, US, British, Canadian, and Estonian troops made one of the biggest pushes of the war to dislodge the Taliban from the town of Marjah, then the Taliban’s last big stronghold in Helmand. Taliban launched a major offensive following the departure of most of the North Atlantic Treaty Organization (NATO) troops at the end of 2014 and by summer 2016, the Taliban controlled or contested 12 of Helmand’s 14 districts. Report also suggests that the Taliban has gained control of roughly 80 per cent of Helmand, mainly the rural areas, while the district centers are still under government control.

Unfortunately, as the fighting intensified and the security situation around Lashkargah deteriorated, tens of thousands of people fled to Kabul city. Afghan authorities estimate that 35,000 people (some 5,000 families) have been displaced by the current fighting. The United Nations Office for the Coordination of Humanitarian Affairs (OCHA) in Afghanistan, however, disclosed that assessment teams were still verifying these figures, with 5,000 people confirmed so far. On October 19, OCHA stated, “Yesterday [October 18], around 300 families or approximately 2,100 people from Nawa-e-Barakzaiy have been newly displaced within Nawa District.” Meanwhile, as reported on October 22, the State Ministry on Disaster Management said that it has allocated 20 million of Afghan currency to address the needs of those affected by the fighting in Helmand. “This (funds) should be distributed among those affected from the war,” said Ghulam Bahauddin Jailani, State Minister on Natural Disaster Management.

Pakistan’s blatant involvement in the escalating violence is an inescapable reality. As reported on October 16, Haqqani Network ‘chief’ Sirajuddin Haqqani is believed to have reached Helmand from Quetta (Balochistan) in Pakistan. Haqqani was sent to Afghanistan on the directions of Pakistan's Inter-Services Intelligence (ISI) for multiple objectives.

First, to assess the situation in Helmand after the coordinated Taliban attack and ensure safe passage to Pakistani terrorists involved in the attack. Another major reason for sending Haqqani is to contact Taliban leaders and negotiate with them about the representation of Pakistan's interests in the peace process. Sirajuddin Haqqani is also scheduled to meet Taliban ‘commander’ Mullah Yaqoub in Helmand. Interestingly, all heads of Commissions of Taliban are presently camping in Helmand itself. Haqqani is scheduled to meet a number of top Taliban ‘commanders’, take them into confidence, and influence them to represent Pakistan's interests during the ongoing peace talks in Doha (Qatar). The most important objective, though, was to motivate Pakistani cadres deployed within terrorist outfits in Afghanistan not to move to Pakistan and to keep fighting from their respective Afghan bases until the Financial Action Task Force (FATF) proceedings are completed, to ensure that Pakistan doesn't get blacklisted.

The propaganda machine of the Taliban, meanwhile, is busy portraying the Haqqani Network as a ‘reformer’. A new documentary tracing the life of Jalaluddin Haqqani (who died in 2018), the founder of the Network, depicts him as a “great reformer”, who fought heroically over four decades, first against the Soviets and then against the Americans. Taliban ‘spokesman’ Zabihullah Mujahid said the film aimed to “introduce” Haqqani as an “icon”. However, in reality, the documentary seeks to rebrand the Haqqani Network, and present it as united with the broader Taliban movement.

Indeed, on October 27, Afghan Chief of Army Staff Yasin Zia stated, “They (the Taliban) have not cut ties with al-Qaeda. They have relations with other terrorist groups in the region and with Pakistanis, they clearly are working shoulder-to-shoulder in Helmand.” Earlier, as reported on October 18, the Governor of Helmand, Yasir Khan had stated, “There is the presence of Jaish-e-Mohammad [JeM], Lashkar-e-Taiba [LeT], al-Qaeda... They are collaborating with the Taliban now and in the past too.” Taliban have provided safe places to stay for foreign fighters from these three terrorist groups. In return, these foreign fighters provide training in bomb-making to Taliban fighters. Interestingly, local sources in Pakistan have revealed that hospitals, especially in Quetta, Karachi, and Peshawar, have been filled with Taliban and JeM militants injured during gunfights with Afghan and US security forces since the Taliban offensive of October 10.

It is clear that the Taliban as well as Pakistan are in aggressive mode and are expected to increase violence in Afghanistan. The release of Taliban prisoners and subsequent return to the battlefield by some of them and the infiltration of rising numbers of Pakistani cadres into Afghan terrorist formations, have added to the ongoing violence.

Pakistan’s stakes in the narcotics trade of Afghanistan add to the greater significance of Helmand, which is one of the main poppy-growing areas in Afghanistan. Opium poppies and heroin are among the main sources of income for the Taliban, which controls 80 per cent of the drug production areas in Afghanistan. Pakistan acts as a facilitator in transporting the drugs out of Afghanistan, in processing, and in further distribution to other countries. The drug consignments, in connivance with Pakistan’s authorities, are smuggled through the Pakistan-Afghanistan border, and thereafter, head for Pakistan’s air and seaports and to further destinations in China, South and Southeast Asia, Africa and Europe.

Apart from its determination to retain and extend territorial control, the Taliban assault in Helmand seeks to exert added pressure on Kabul to accept the Taliban’s demands during ongoing negotiations in Doha. Moreover, Pakistan wants to ensure that the terrorist groups supporting its cause make deep inroads into Afghanistan so that, if the Taliban returns to political power, Islamabad will retain its ‘strategic depth’ to ensure that the regime serves Islamabad’s interests in the long run.

Clearly, with the progressive withdrawal of Western forces, circumstances in Afghanistan are developing towards a continuous escalation of violence, and the negotiations in Doha are little more than a charade that provides the Taliban with an unacceptable degree of international legitimacy, even as its violence worsens dramatically.