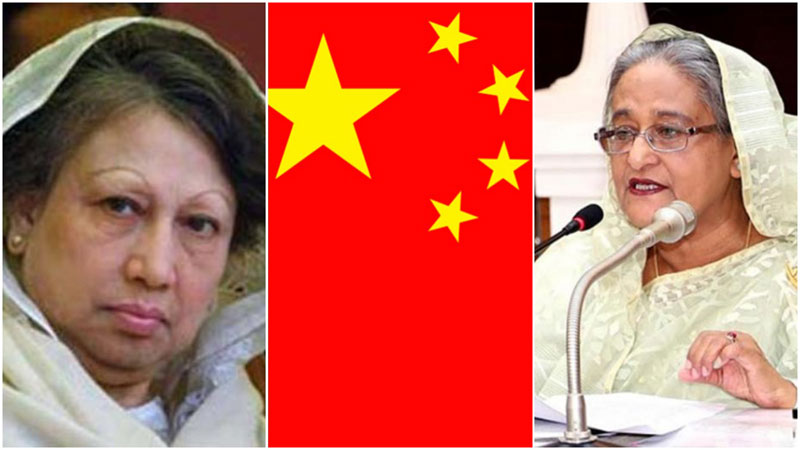 Some time at the end of December 71, just after independence, I decided to visit the famous American journalist Edgar Snow. He spent his last days in Eysins on Lac lemon not far from Geneva.

Above 60, he looked a bit tired. The purpose of my visit was to thank him. He called me on December 16 to congratulate me and Bangabandhu.  He was closely following our Freedom Fight. Edgar Snow is the first American journalist to follow Mao Tse Tung in his Long March.

He gave me a cup of coffee. He again congratulated me on the Independence of Bangladesh. He never met Sheikh Mujib, but he read about him. He regretted that his health would not permit him to go.

British Foreign Secretary, later Prime Minister Viscount Palmerston, had declared, ‘We have no permanent friend, no permanent enemy. Only our National Interest is our permanent friend.'
The creator of Bangladesh, the Father of the Nation, Sheikh Mujib strongly believed in this. He would very often talk to me about this when in Geneva, how we move, why China was not recognizing Bangladesh.
He looked anguished. He said he got to know Premier Chou En lai in Beijing, why China is not recognizing us! Later, when China vetoed Bangladesh admission to the UN – twice – Bangabandhu called me and asked me to contact one of his friends, who could be useful. He wondered why China would go with Pakistan which killed three million people in Bangladesh and committed crimes of Genocide.

He talked quite sarcastically about the concert of Europe! How the powers of the day divided Europe to suit their national interest!

Bangabandhu dreamt of a Bengal which will be free and the decision-making process would be in the hands of the Bangalees. His Six Points Program was essential for preserving, protecting, and safeguarding the interest of the Banglees.
Bengal once the most productive part of Mother India, was the most productive part of the country. But Bengal was looted and successive rulers destroyed everything that was known as factors of production. Bangabandhu’s dream was to restore the stolen days for the Bengalees.

He gave us Independence on 26 March 1971. Brutal mayhem and murder were perpetrated on the unarmed Bengalees by the Pakistanis, who in the words of Lt. Gen. Gul Hassan khan, considered Bengal as their ‘Colony’- (Memoirs of Lt.  Gen Gul Hassan khan). Bangabandhu had only three and a half years to run the country. In spite of the problems and setbacks, Bangladesh achieved 7.5/GDP growth according to WB.

Tragically, a conspiracy hatched by Pakistan in particular and some of the countries, friendly to Pakistan, prompted a group of young army officers to launch an attack on the undefended villa of the Bangabandhu on August 15, 1975.

The Father of the Nation was murdered. Begum Mujib was murdered. The entire family, 18 of them were mowed down. The murderers were tried after 21 years.  They were convicted. Six of them have been brought to justice.  Others are perhaps hiding in Pakistan, Kenya, and Lybia.

August 15, therefore is a day of mourning, when the entire nation with solemnity remembers the life of Sheikh Mujib and his contribution to the creation of Bangladesh. On this day, we Bangladeshis sit down and pray for his soul.
Early morning, the national ‘flag at half-mast’ is raised, besides a visit to Bangabandhu house for prayers. The whole day is a day of mourning. We organize a small get-together, webinars, and discuss his hope and the creation of a Homeland for the Bangladeshis. It is a day to cry, to remember, and gather strength from his demise.

Begum Zia celebrates this day, August 15, as her Birthday! Its mean, small and behavioral pattern of the insects – as John Lewis described in his book. Begum Zia was not born on 15th August. She has a number of Birthdays. When she visited Rome, her passport had a different date. Others suggested September 5, 1946. Begum Zia’s celebration of August 15 is the ultimate gesture of insensitivity in dishonoring the Father of the Nation. It is done with cool deliberation.

Adults change the date of birth, some genuine and some are not. But Begum Zia, like a chameleon, changes her birthday to August 15 to show her inability to understand the basic moral necessity of humanity.

This year 2020, August 15 some Embassies are reported to have sent birthday gifts to Begum Zia– a birthday that is fake and fraudulent. I understand a Birthday gift was sent to Begum Khaleda Zia by the Chinese Embassy. China is a friend of Bangladesh.

Since the UN veto days, our relationship with China has grown in many areas. We thank China. Bangladesh emerged as an independent country together with the blood and tears of our Indian friends. The blood of the brave fighters of the two countries mingled together on the green field of Bangladesh will remain forever as indelible.

On that fateful night, Sheikh Hasina and Sheikh Rehana were in Germany. They survived. Hon’ble Sheikh Hasina is now the Prime Minister of Bangladesh. The darkness is lifting but slowly.

Today is Sunday, August 30. Just 15 days ago we celebrated the magnanimity, leadership, and kindness of Bangabandhu.

On 16, January 1997, I called on South African President Nelson Mandela as Special Envoy of Prime Minister Sheikh Hasina to invite him to our Silver Jubilee celebration. He graciously accepted the invitation. When I was about to leave, he said, ‘Sheikh Mujib was a greater leader than me. Why did you kill him?’ I was breathless, standing on, slowly tiptoed out into the crisp whispering air and wondering an answer of ‘why?’. At that time, I found no word but silence to reply.

The past is never dead. Every year 15 August reminds us of the scandalous chapter of Bangladesh, 15 August 1975. People mourn this day to remember the brutal assassination of the Father of Nation, who gave them an Independent Bangladesh; they mourn and pay their deep homage; they arrange mourning meeting to express their grief; they go to Mosque, Mandir or other sacred places to pray for Bangabandhu to Almighty. This is the national Mourning Day!
The mourning on this day is a show of respect to the Nation: on this day of mourning, if China had sent a gift to Begum Khaleda Zia, it was a mistake. I pray China will not do this, even as a simple friendly gesture ever again.

(The writer is an author and researcher)
Related Images