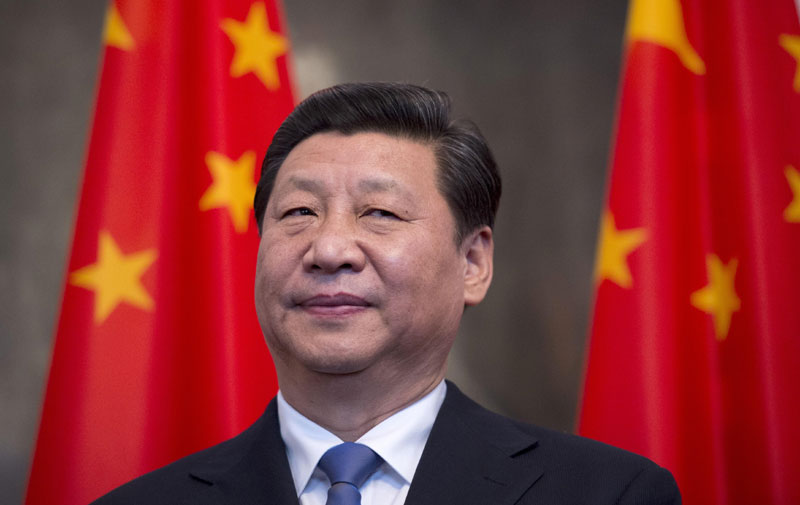 How to cope with China’s ‘Wolf Warrior’ Diplomats?

A new expression has recently appeared in the media and international diplomatic circles: ‘wolf warrior’ a term for the new and very assertive Chinese diplomats, who use Twitter and other social media platforms to prey on any person, legal or physical, which criticizes China or the Chinese Communist Party (CCP).

This aggressive Chinese diplomacy has drawn particular attention in recent times due to China’s strenuous efforts to distance itself from any association with Covid-19 or accusations of responsibility for the spread of the virus. But the phenomenon is not entirely new.

Because, for years, Chinese diplomats have tended to be more and more aggressive.

Many of them are rewarded with important positions in the Ministry of Foreign Affairs in Beijing, clearly indicating that their contribution to ‘fearlessly champion’  China’s cause abroad has the support of the top leadership.

A classic example of a ‘wolf warrior’ is Lijian Zhao, who till August 2019 was China’s Deputy Chief of Mission in its embassy in Islamabad. While in Pakistan, Zhao initially started using Twitter to effectively publicize the benefits of the China Pakistan Economic Corridor, the flagship project under Xi Jinping’s Belt and Road Initiative.

The Chinese diplomat, during his stay in Pakistan, used Twitter to openly criticize India and the US, while lauding the depth of Pakistan-China friendship, forcefully defending China’s positions on various issues and eulogizing the CCP.

Zhao, who joined Twitter in May 2010, is probably one of the first Chinese diplomats to use this platform to push the Chinese agenda. He currently occupies the position of Deputy Director General of the Information Department at China’s Foreign Ministry, where his skills at churning out State propaganda are being put to full use.

So how effective have these ‘wolf warriors’ been in convincing the world of China’s role as a responsible member of the world community that abides by international regulations, upholds human rights and has no hegemonic ambitions?

The answer would be – not very successful. A cursory search of media reports of the last one year, provides a nearly unending list of reports on the increasing criticism in countries across the globe of « undiplomatic behavior » by Chinese diplomats.

Sweden is a case in point. When Swedish PEN announced in late 2019 that the Tucholsky Prize would be awarded to Gui Minhai, a Swedish publisher and resident of Hong Kong, who disappeared in 2015, Chinese Ambassador to Sweden Gui Congyou publicly threatened the Swedish government of dire consequences.

In an interview to a Swedish radio, days before the award ceremony, he hoped Swedish Culture Minister Amanda Lind would not attend the ceremony, adding “we treat our friends with fine wine, but for our enemies we got shotguns.”

The full text of his interview was even put up on the Chinese embassy’s website for greater publicity! Of course, the Culture Minister attended the award ceremony and Sweden’s PM Stefan Löfven categorically stated that his country would not give in to such threats. However, the matter did not end here and in January 2020, Ambassador Gui went a step further. Commenting on the criticism of China in the Swedish media, he brazenly stated that it reminded him of ‘a scenario where a 48 kg lightweight boxer was trying to provoke a boxing match with a 86 kg heavy weight’.

Since becoming Ambassador to Sweden in the fall of 2017, Gui Congyou has issued dozens of such attacks and threats to Swedish media, civil society, and even the Swedish Security Service. His continued brash behavior has pushed some of Sweden’s political parties to call on the government for Gui’s expulsion.

In the last few months, due to China’s bullying tactics and propaganda to push its narrative on Covid-19 or otherwise, has resulted in at least six European countries, including France, Sweden and the UK summoning the Chinese ambassadors in their respective countries to issue formal complaints against campaigns of critical commentaries from the Chinese embassies.

Nicolas Chapuis, the European Union’s own ambassador in Beijing was criticized for allowing a Chinese newspaper to censor an open letter signed by all EU envoys. The Chinese Ambassador to France Lu Shaye has been denounced in the local French media for his attempts to run a false propaganda on the French government’s supposed failure to protect Old age home residents during the Covid pandemic.

Lu was earlier China’s Ambassador to Canada, where he had gained a reputation of being ‘outspoken’ and ‘strikingly undiplomatic’. Similarly, Cheng Jingye, China’s Ambassador to Australia, recently mocked at Australia’s call for an investigation into the cause of Covid, calling it ‘a joke’ and thereafter giving a veiled threat, stating ‘maybe also the ordinary Chinese people will say why should we drink Australian wine or to eat Australian beef?’.

The push back against Chinese diplomats has perhaps been strongest in Africa where a number of Chinese ambassadors – in Nigeria, Kenya, Uganda, Ghana and the African Union – were summoned by their hosts to explain racist and discriminatory treatment of Africans in China.

While it has not been well reported but Chinese officials generally tend to have a visibly condescending attitude while dealing with African countries. This author remembers a shocked UN diplomat narrating an interaction with Chinese officials in Beijing a few years ago, where during an informal interaction, the head of the Chinese delegation joked about the supposed lack of basic intellect among Africans, explaining that ‘the sun had not only burnt their skin but also their brains’!

The belligerence displayed by this new kind of Chinese diplomats is not only aggravating the anti-China sentiments in various countries but also testing the tolerance of the host governments.

Therefore, the Swedish government has closed all Chinese Confucius Institutes over the last few years- the last being closed was in Falkenberg in the 3rd week of April 2020. Sweden is the first EU country to do so. Sweden has also allowed several sister city agreements with Chinese cities to lapse- the most recent one being the one between Gothenburg and Shanghai. Similarly, between November 2019 and May 2020, the Belgium government has expelled two Cultural Attaches associated with the Confucius Institutes in Brussels, when they were found attempting to build contacts within the Belgium secret services.

As more and more Chinese ‘wolf warrior’ diplomats use Twitter, a platform that is banned in China, to criticize local governments, in line with Beijing’s expectations, China’s position as an emerging world power takes a hit. This is reflected in the rise of anti-Chinese sentiments, often racist, observed especially in Asian countries and in the West.

Lijian Zhao probably thinks that by making unsubstantiated claims about the possibility that the United States brought the coronavirus to Wuhan, he has helped deflect attention from China’s responsibility for the global pandemic. But in doing so, did he realize how far he strayed from Confucius’ wise counsel: What you do not want done to yourself, do not do to others?