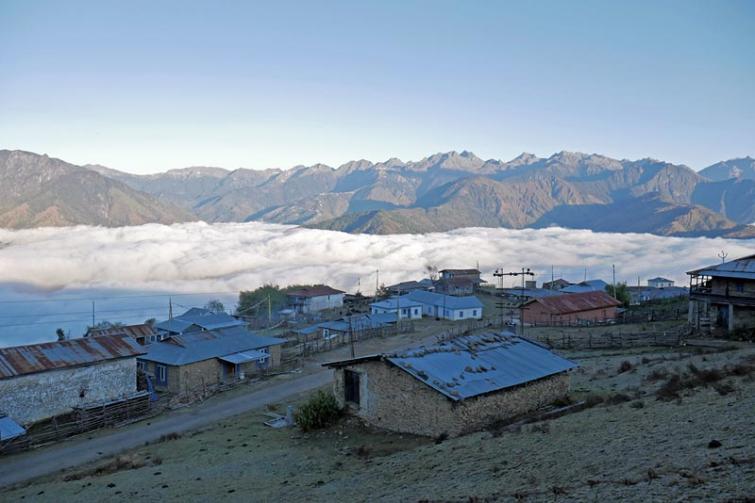 On July 11, 2020, a combined team of the Assam Rifles and the Police, killed six National Socialist Council of Nagaland (NSCN-IM) cadres in in an encounter, at a place near Nginu in Longding District. The deceased cadres were identified as - Somaya Shatsang, Ashak Wangsa, Somipam Shaiza, Sawang Pansa, Lentsuba Lalii and Paogouhao Lhangum. Arunachal Pradesh Director General of Police (DGP), R.P. Upadhyaya disclosed,

There was a specific input that an armed gang of NSCN cadres will move in Longding area to carry out a few kidnappings for extortion and might attack security forces. So, a joint strategy was made between Arunachal Police and Assam Rifles.

Official clarification is hereby sought from the competent authority concerned as to the validity and extent of ceasefire agreement between the GoI (Government of India) and the NSCN. According to Brigadier Vijay Chasar [Assam Rifles], ceasefire is applicable only in Nagaland and not in Arunachal Pradesh. However, as per the Bangkok Agreement, dated June 14, 2001, the ceasefire agreement is between the GoI and the NSCN as two entities without territorial limits… Despite repeated and deliberate provocations, we have been restraining ourselves in the larger interest of the ongoing Indo-Naga peace process. A clear-cut answer is, therefore, demanded whether there is ceasefire in Naga-inhabited areas of Arunachal Pradesh state or not. Make your position officially known within one-week time. In the event of ugly aftermaths evolving spontaneously out of such situation, we shall not be held responsible.

The NSCN-IM statement also described the incident as tragic and in "total contravention of the existing Indo-Naga ceasefire".

Despite being in talks with the Government of India (GoI) since the signing of the ceasefire agreement on July 25, 1997, (which came into effect on August 1, 1997), and the signing of the 2015 Naga Framework Agreement, NSCN-IM has remained deeply engaged in extortion and disruptive activities. The killing of NSCN-IM militants in eastern Arunachal Pradesh is just the latest indictor of failing talks between NSCN-IM and GoI.

On May 16, 2020, a civilian was killed in a reported clash between the Army and NSCN-IM militants at Pumao village in Longding District.

Longding is part of the Tirap-Longding-Changlang (TLC) belt, which is among the last remaining hubs of insurgency in the north-eastern region of India. Located in the eastern most part of Arunachal Pradesh, TLC Districts are afflicted by an insurgency resulting mostly from an outflow sourced from the neighbouring States of Assam and Nagaland. These densely forested Districts, strategically remotely located near the unfenced India-Myanmar international boundary, provide easy points of access for infiltrators and exfiltrators.

Insurgents from other states are considering Arunachal Pradesh a safe haven for their hideouts, extortion, and fresh recruitment drives. There is an intense drive by various insurgent groups to pick local youth from Tirap, Changlang and Longding Districts for recruitment.

TLC Districts gained significant media attention due to a major incident during the 2019 State Assembly elections, held alongside the General Elections. On May 21, 2019, NSCN-IM militants killed 11 people, including the sitting National People's Party (NPP) Member of Legislative Assembly (MLA) from Khonsa West, Tirong Aboh, his son Longgem Aboh and two Personal Security Officers, in an ambush at the 12th mile on the Khonsa-Deomali Road in Tirap District. The case was handed over to the National Investigating Agency (NIA). The central agency had since filed a charge sheet on January 28, 2020, followed by a supplementary charge sheet on March 31, 2020. The NIA in a release said,

There is considerable fear amongst political representatives after the Aboh killing. Significantly, after the October 31, 2019, understanding [SS.1.49] between the GoI and the NSCN-IM, unlike in Manipur and Assam where disquiet about the nature of the outcome was quite visible and vocal; the local TLC District based politicians did not raise any concern on the issue of 'territorial integrity' of the Districts. TLC Districts form part of the proposed Nagalim (greater Nagaland) as demanded by NSCN-IM along with parts of Assam and Manipur. The sitting MLA of Khonsa West, Chakat Aboh, explained the fear behind the silence,

When 11 people including my husband who was a sitting MLA (Late Tirong Aboh) got killed in broad day light, who will dare to come out and speak. Since 1998, people of Tirap, Longding and Changlang have seen so many incidents where in their loved ones were kidnapped and killed. May be it is because of the fear psychosis that the people didn't come out on the streets to protest against the territorial integrity.

Following the Tirong Aboh killing, the State Government created a new post of Deputy Inspector General of Police (DIGP), TLC region. On May 9, 2020, DIGP-TLC, Kime Kaming, on his visit to Longding, urged better coordination between the District Administration and SFs to maintain law and order, and noted,

UG [Underground] elements in the TCL regions are not only draining out the resources but have taken numerous human lives. We cannot be mute spectators to their misdeeds. We need to contain this for the national interest, and for our own interest.

Meanwhile, on April 1, 2020, the Armed Forces Special Powers Act (AFSPA) was extended for another six months in the TLC Districts of Arunachal Pradesh, till September 2020. The other areas in the State presently under AFSPA are Namsai and Mahadevpur Police Stations in Namsai District, Roing in Lower Dibang Valley District and Sunpura in Lohit District. AFSPA as a legal instrument was inherited by the State, since its conversion in 1987 from a Union Territory. The Disturbed Area Act was applied to the Tirap, Changlang and Longding Districts (carved out of the undivided Tirap District in 2011) since September 17, 1991, bringing these areas under AFSPA. Since then the act has been periodically extended.

The concentration of Counter Insurgency Operations in TLC Districts is needed to end the spillover of militancy from neighbouring States to a State which does not have an active indigenous insurgency movement. There is need for a high level of coordination both in intelligence sharing and kinetic action, between the District Police chiefs of bordering areas in Assam and Nagaland with their Arunachali counterpart, to deal effectively with the menace.