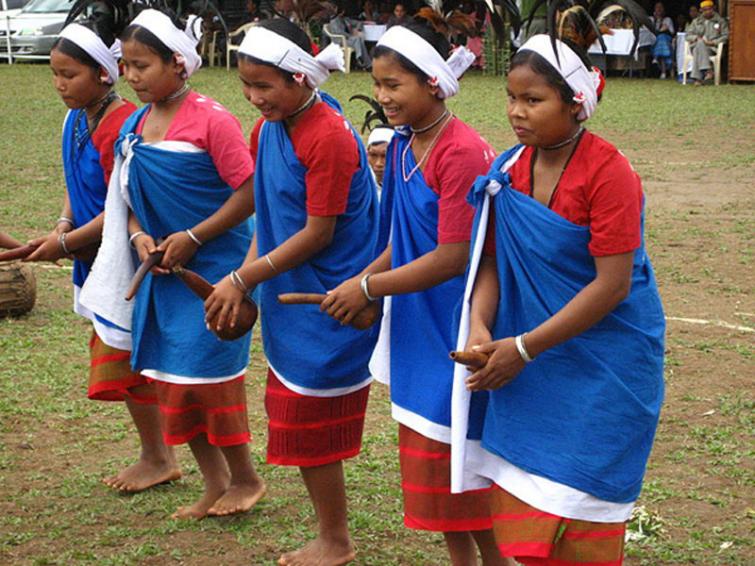 On June 11, 2020, unidentified miscreants hurled a petrol bomb at the National Highways and Infrastructure Development Corporation (NHIDCL) office located in the Kharmalki area of the State capital, Shillong, in the East Khasi Hills District.

Though all these incidents are under investigation, there is a discernible pattern indicating the likely involvement of Khasi militant group Hynniewtrep National Liberation Council (HNLC).

Sainkupar Nongtraw further stated that at this time of novel Coronavirus (COVID-19), thousands of youths have been rendered jobless and added,

If the so-called businessmen do not provide jobs to our locals then they do not have the right to operate their businesses as they are earning profit and revenue from our Hynniewtrep land.

HNLC on June 4, 2020, warned all businessmen to pay ‘income tax’ to the outfit or ‘face the consequences’.

We claim responsibility for the IED explosion at Kyllon Mathei Pyndeng Jalong because all these coke factories are benami businesses. These factories are flourishing with the help of local politicians and businessmen. It is an irony that even the employees are all non-locals and our own people are deprived of jobs.

After we read in the media about the opposition from three villages and pressure groups to the setting up of the coke plant, we tried to verify the fact. We found out that local traditional heads like the Doloi (traditional chief) of Sutnga Elaka (traditional local administrative unit) and the headmen had used their power to issue a no-objection certificate [NOC] to set up the plant. The HNLC had no option but to plant the IED but its members restrained themselves from exploding the IED as there were people around.

HNLC was formed in 1992 with the main aim to ‘liberate’ Hynniewtrep (Khasi and Jaintia) from the ‘authoritarian rule’ of the Government of India, protect Khasi and other tribes from exploitation, preserve indigenous culture and fight against any attempt to divide Khasi society.

According to partial data compiled by the South Asia Terrorism Portal (SATP) there have been a total of 56 HNLC-linked fatalities (16 civilians, nine Security Force, SF, personnel, 30 militants, one unspecified) since March 1, 2000 (data till June 19, 2020). The peak in terms of fatalities was recorded in the year 2001, when HNLC was found involved in 16 fatalities (nine civilians, five SF personnel, one militant and one unspecified).  Over the past decade and half, the militant formation lost it prowess almost to the point of oblivion after the group lost a substantial number of cadres, mostly to surrenders or arrests. According to SATP, since March 1, 2000, SFs have arrested 209 militants (all data till June 19, 2020). Another 176 HNLC militants surrendered during this period, due to sustained SF pressure. In the latest incident of surrender, on February 12, 2020, the ‘finance secretary’ of HNLC, Wankupar Marwein aka Bahhep Traisiej, surrendered before the State Police in Shillong.

The HNLC is trying to regain its foothold in the state. For this purpose, it is using extortion to enrich its coffers and is exploring all opportunities to secure public support by exploiting popular sentiments.

Indeed, following the killing of a Khasi Students Union (KSU) activist, identified as Lurshai Hynniewta, on February 28, 2020, HNLC on March 1, 2020, had issued an ultimatum to all the Hindu-Bengalis to leave the Ichamati and Majai areas of Shella in East Khasi Hills within one-month. Sainkupar Nongtraw in a statement had warned,

If they fail to do so by not complying to our ultimatum then we shall not be made responsible in case of any eventuality. This time it shall be a mass bloodshed.

Sharing the details of the incident, Meghalaya Police wrote on its Facebook page,

There was a KSU meeting in Ichamati today [February 28] afternoon. At around 3 pm, after the meeting, clashes broke out between KSU members and local non-tribals of the area. Thereafter, the KSU members burnt a haystack at the edge of the market and attempted to burn a house. The non-tribals retaliated and stoned one bus carrying KSU members. One local taxi which had gone to collect the KSU members from the Ichamati market after the clashes was damaged; one vehicle of the EAC [Extra Assistant Commissioner] J. Umdor, MCS [Meghalaya Civil Service] also got damaged. Four members of KSU were injured, two were sent to Ichamati CHC [Community Health Centre] and released, and two were referred to Sohra CHC. The person driving the local taxi viz Shri Lurshai Hynniewta, 35 years, S/o Late Serkin Nongkyndrih R/o Khliehshnong Sohra, succumbed to his injuries.

Meanwhile, there are reports of Garo National Liberation Army (GNLA) cadres trying to regroup in the Garo Hills region of the State. South Garo Hills Superintendent of Police Abraham T Sangma told The Shillong Times that Police had received credible information from their sources that GNLA militants, with support from United Liberation Front of Asom-Independent (ULFA-I) cadres and criminal gangs from the neighbouring country, Myanmar, were planning to revive GNLA.

GNLA had been all but decimated on February 24, 2018, when its ‘commander in chief’ Sohan D. Shira was killed in an encounter with commandos of the Meghalaya Special Force-10 at Dobu A’chakpek in East Garo Hills District. Since the formation of GNLA in November 2009, Meghalaya recorded at least 173 militant fatalities, among which 160 were linked to specific militant groups. Of these 160, at least 83 were drawn from GNLA. GNLA linked fatalities were highest in 2012, at 39 (22 civilians, one trooper and 16 militants). There was a consistent decline in total fatalities after that. Since February 24, 2018, no GNLA linked fatalities were recorded.

There is need to remain extremely vigilant with regard to the degraded insurgent movements in Meghalaya. The potential for revival, based on local emotive issue like jobs for locals and preservation of identity, persists. Apart from dealing with these groups coercively, the State Government and civil society groups need to broaden the political discourse to limit the ascendency of violent identity-based politics, in order to secure an enduring solution to the recurrent cycles of violence.