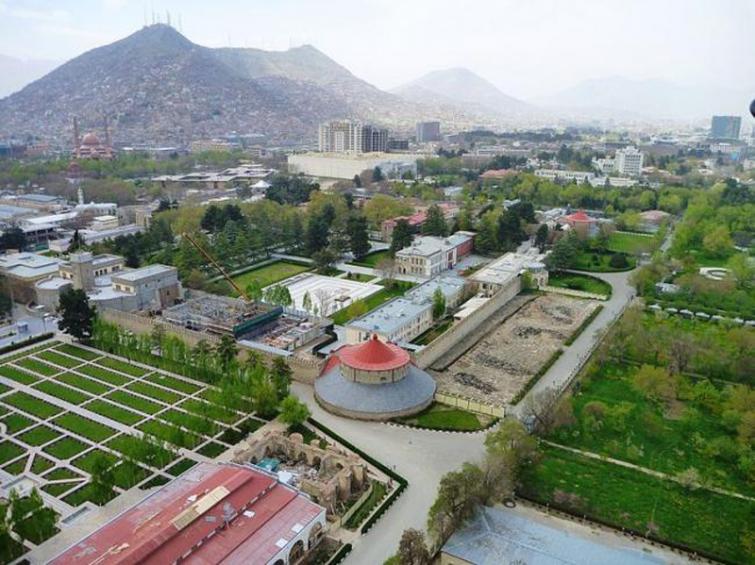 IS-KP: Another Weapon in the ISI Armory

On June 12, 2020, at least four civilians, were killed in an Improvised Explosive Device (IED) attack that occurred at Sher Shah Suri Mosque in the Kart-e-Char area of Kabul city in Kabul Province. The blast took place when people were offering Friday prayers, killing four worshippers, including the prayer leader Imam Maulavi Azizullah Mufleh.

Though no group has claimed responsibility for the attack so far, the Taliban has, in fact, condemned the attack. It is widely believed that the Islamic State-Khorasan Province (IS-KP) was behind the attack. Significantly, a similar attack on the Wazir Akber Khan Mosque in Kabul took place on June 2, 2020. Two persons, including prayer leader, Mullah Mohammad Ayaz Niazi, were killed and two others were injured in the blast, which took place when worshippers had gathered for evening prayers. Claiming responsibility for the attack, IS-KP described the targeted prayer leader as “an apostate and evil, propagating loyalty to the apostate Afghan government.”

Meanwhile, two of the worst attacks in the recent past were attributed to/ claimed by IS-KP:

May 12, 2020: A suicide attack targeting the funeral ceremony of Shaikh Akram, a former ‘commander’ of the Public Uprising Forces, killed at least 24 civilians in Shewa District of Nangarhar Province. Abdullah Malikzai, a member of the Nangarhar Provincial Council, also lost his life in the attack. Later, the civilian death toll increased to 32.

The Taliban issued a statement asserting that the group was not behind either of these attacks. IS-KP claimed the funeral attack. Though it did not make any statement on the hospital attack, the United States (US) Special Envoy for Afghan Peace, Zalmay Khalilzad, on May 14, 2020, asserted,

The USG [United States Government] has assessed IS-K [IS-KP] conducted the horrific attacks on a maternity ward and a funeral earlier this week in Afghanistan. IS-K [IS-KP] has demonstrated a pattern for favouring these types of heinous attacks against civilians and is a threat to the Afghan people and to the world.

According to a United Nations Assistance Mission in Afghanistan (UNAMA) report released on April 27, 2020, a total of 1,293 civilian casualties (533 killed and 760 injured) took place in Afghanistan during the first three months of 2020. UNAMA attributed 55 per cent of the total casualties to Anti-Government Elements (AGEs): 39 per cent to the Taliban, 13.38 per cent to IS-KP, i.e. 173 civilian casualties (63 killed and 110 injured)], and the remainder to unspecified AGEs. According to the report,

IS-KP continues to wreak havoc, despite suffering severe losses over a long period. According to a Combating Terrorism Centre Report released in March 2020, between 2015 and 2018,

In Afghanistan, ISK's [IS-KP's] losses amounted to a total of 11,668 deaths, 696 individuals captured, and 375 individuals surrendered, which were primarily concentrated in Nangarhar.

Further, a United Nations report on the threat posed by ISIL (Da’esh) to international peace and security released  on February 4, 2020, noted,

Not surprisingly, Afghanistan President Ashraf Ghani on November 19, 2019, buoyantly declared, "No one believed one year ago that we would stand up and remain in Nangarhar, and thank God that today we have obliterated Daesh [IS-KP]." Adding to the optimism, Nangarhar Governor Shah Mahmoud Miakhel asserted, "It's not possible that they once again equip themselves in other areas of Afghanistan and threaten other parts of the country."

However, the recent attacks demonstrate that the jubilation was premature.

Indeed, the US was more cautious in its assessment. An unnamed US official stated on November 21, 2019, that, according to the US assessment “IS-KP still maintains a presence [in Kunar], as well as the northern provinces of Afghanistan”. The US at that time estimated that the IS-KP had between 4,000 and 5,000 fighters across Afghanistan, and the outfit was far from finished.

The United Nations report on the threat posed by ISIL (Da’esh) released on February 4, 2020, noted,

The presence of ISIL in Afghanistan is still of great concern to Member States… Nevertheless, Islamic State in Iraq and the Levant-Khorasan [IS-KP] remains active, ambitious and threatening… Some 2,100 fighters are now in Kunar Province, which has effectively become the group's new Afghan core area, whereas the number of fighters elsewhere in Afghanistan may now be as low as 400, giving a total estimate of 2,500 for the whole country.

Formed in January 2015, IS-KP had a large number of cadres of Pakistani origin from the beginning. However, it has gradually found increasing support from Pakistan’s external intelligence agency, the Inter-Services Intelligence (ISI), and much of the replenishment of losses comes from Pakistan. Antonio Giustozzi, in his 2018 book “The Islamic State in Khorasan: Afghanistan, Pakistan and the New Central Asian Jihad” that chronicles the formation of the group and related activities states,

The patient work of the ISI towards gaining influence within IS-K [IS-KP] seemed to be paying off in May 2017, when a former commander of LeT [Lashkar-e-Toiba] associated with the agency was (controversially) chosen as the new governor of Wilayat Khorasan..

The book further notes that spate of eliminations of IS-KP leaders by US and Afghan forces had forced the group to seek Pakistani help.

An IS-K [IS-KP] source indicated that the choice was the result of contacts with the Pakistani ISI, which hinted to IS-K [IS-KP] the possibility of a trade-off: the appointment of a leader linked to the ISI and the cessation of attacks against Pakistani government targets, in return for access to safe havens in Pakistan.

The Combating Terrorism Centre Report of March 2020 also noted that, unlike in Afghanistan,

In Pakistan, the majority of ISK's [IS-KP] losses have been incurred in the form of individuals captured (440) instead of killed (104). The data also shows that police raids have dominated the Pakistani state's strategy in tackling ISK [IS-KP] across all four years, although there were some limited ground operations and airstrikes.

Conspicuously, these covert Pakistani machinations are now being exposed with Afghan Security Establishment bringing the truth out in the open.

Afghan Security Forces on April 4, 2020, arrested the emir of IS-KP Mawlawi Abdullah aka Aslam Farooqui, on charges of orchestrating the attack on the Kabul Gurdwara on March 25. Mawlawi Abdullah, a Pakistani national (from the Orakzai agency), who became the emir of IS-KP in April 2019, was earlier associated with the LeT. 19 others, including IS-KP leaders Ali Mohammed from Islamabad and Salman from Karachi, were also arrested. An unnamed senior Afghan counter-terror official stated,

The ISKP [IS-KP] is just a demon child of Pakistan's ISI, which is designed to hit at targets for larger tactical purposes of Rawalpindi GHQ. Among those arrested include terrorists (sic) from Khyber-Pakhtunkhwa, Balochistan, Nangarhar, Quetta, Pakistan-occupied-Kashmir, Karachi and Kunar Province. This is the biggest achievement of Afghan security forces to date.

The ISI has progressively imposed a Pakistani leadership on IS-KP, culled from ‘loyal’ Pakistani terrorist formations such as LeT. IS-KP cadres are also increasingly dominated by Pakistani nationals from such ‘reliable’ formation, including LeT and JeM, creating a decisive secondary influence in Afghanistan.

Slowly and steadily the Taliban is moving towards capturing political power in Kabul. The ISI needs another instrumentality on Afghan soil, as they do not trust the Taliban if it is restored to power in Kabul. IS-KP also provides an instrument to maintain pressure on the US as a bargaining tool. IS-KP is the new weapon in the ISI armory. The ISI will continue to nurture it and seek to transform it into a formidable force in the foreseeable future, unless the international community led by the US takes some drastic counter-measures; a prospect, in their current state of panic and flight, that is highly unlikely.