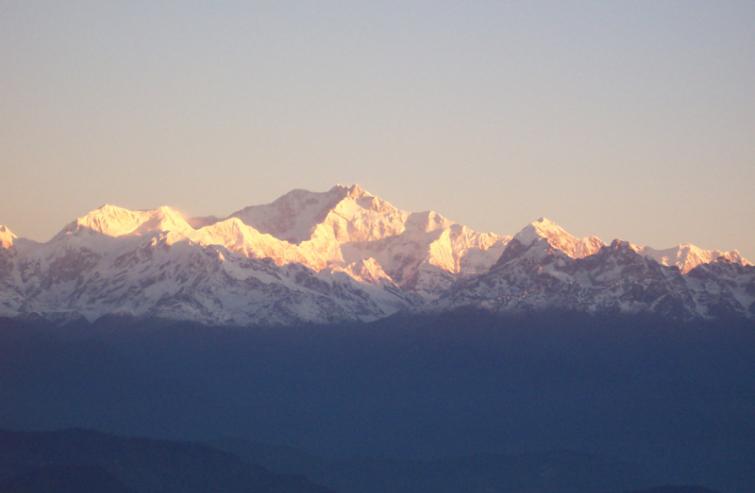 The declining trend of insurgency-linked fatalities in the Northeast, established since 2015, continued through 2019 as well. According to partial data compiled by the South Asia Terrorism Portal (SATP), the Northeast recorded a total of 34 fatalities (18 civilians, five Security Force (SF) personnel and 11 insurgents) in 2019, as against 73 fatalities (20 civilians, 15 SF personnel, and 38 insurgents) recorded in 2018.

Overall fatalities as well as fatalities in respective categories recorded in the region in 2019 were the lowest, on year on year basis, since March 6, 2000, when SATP started compiling data. At its peak in 2003, the region accounted for a total of 1,165 fatalities. Civilian fatalities were peaked in 2000, at 519 fatalities; the maximum number of 145 SF personnel were killed in 2002. The insurgents lost a maximum of 607 cadres in 2008.

According to official data, the Northeast accounted for a total of 37 insurgency-linked fatalities (21 civilians, four SF, personnel, and 12 insurgents) in 2019, the lowest ever over all fatalities recorded since 1992. The previous low of 71 fatalities was recorded in 2018. Fatalities in respective categories – civilian, SF, and insurgent – were also the lowest in 2019. According to official statistics, there were 223 insurgency-linked incidents in 2019, again the lowest recorded in a year since 1992, with the previous low of 252 recorded in 2018.

On March 4, 2020, Union Minister of State for Home Affairs (MoS) Kishan Reddy stated in the Rajya Sabha (the Upper House of Indian Parliament),

The security situation in the North Eastern States has improved substantially since 2014. Compared to 2013, there has been 70% reduction in insurgency incidents, 80% in civilian deaths and 78% in security forces casualties in the year 2019.

According to SATP, out of the seven insurgency-affected states in the region, the security situation improved in six: Assam, Manipur, Meghalaya, Mizoram, Nagaland and Tripura. The only exception was Arunachal Pradesh where fatalities had increased from 14 in 2018, to 17 in 2019. There were six fatalities in Arunachal Pradesh in 2018.  Sikkim remained free of insurgency.

There were several reasons for the continuous improvement in the security situation in the region, of which the most significant was the effectiveness of SFs on the ground. The SFs launched several successful operations in the region over the past few years and have dealt crippling blows against most of the insurgent formations violently active in the region.

Indian SFs have been assisted by SFs of Bangladesh, Bhutan, and Myanmar in their fight against the insurgents in the Northeast. For instance, Tatmadaw (Myanmar Army) targeted Indian Insurgent Groups (IIGs) based in Myanmar in 2019. The Operations, codenamed “Operation Sunshine 1” and “Operation Sunshine 2” were conducted between February to March 2019 (Sunshine 1) and May 16-June 8, 2019 (Sunshine 2).

Another important factor accounting for the improvement in the security situation across the region has been the success of negotiations with various militant groups. According to the Government, it has been calling for talks with militant groups that agree to renounce violence and seek resolution of the conflict within the parameters of the Constitution of India. Consequently, the Government of India (GoI) has been in talks with various insurgent groups, prominently including – the National Socialist Council of Nagaland-Isak-Muivah (NSCN-IM), United Liberation Front of Asom-Pro Talks Faction (ULFA-PTF), and factions of National Democratic Front of Bodoland (NDFB) with whom a peace deal was signed on January 30, 2020. The NDFB-factions which signed the peace deal include the Gobinda Basumatary led Pro-Talks faction (NDFB-PTF), Ranjan Daimary faction (NDFB-RD), and Saoraigwra faction (NDFB-S).

Worryingly, however, GoI has been unable to sign a peace agreement with the NSCN-IM, despite the signing of the Framework Agreement with the outfit on August 3, 2015. On October 31, 2019, NSCN-IM signed another ‘agreement’ to sign a final peace deal, the realization of this objective remains a distant reality, with the most basic issues still in contention.

R.N. Ravi, the interlocutor for Naga peace talks and Governor of Nagaland, in an interview published on February 28, 2020, stated,

The delay is entirely on the part of NSCN (I-M); it appears that they are not prepared for a settlement. They are playing delaying tactics by giving new mischievous interpretations of the already agreed positions on contentious issues and thereby misleading the people. Issues like Framework Agreement, Pan Naga entity etc…

Pan Naga entity was mutually agreed to be a cultural body with no political role or executive authority. However, after October 31, 2019, when the contentious issues were settled, NSCN (I-M) is asking for the proposed Pan Naga entity to have political and executive influence over Nagaland government. This is not acceptable to the government of India. Reopening settled issues is the delaying tactics of NSCN (I-M)

Meanwhile, reports also indicate that militants of the Suspension of Operation (SoO) groups in the region are living outside designated camps. For instance, talking about Manipur, an unnamed Indian Army official noted, “There are an estimated 200-250 active insurgents in the State outside the camps monitored as part of the SoO.”

Periodic ethnic clashes, as in the past, persisted through 2019, with four such clashes recorded in the year. Between October 12 and 15, 2019, unidentified assailants torched 14 houses belonging to the Adi community in a new settlement in the Mabira area of the Namsai District of Arunachal Pradesh. It was alleged that assailants from the Thai-Khamti community, who allege that the Adi community had encroached on their land, were involved in the incidents of arson. In the latest incident, on February 28, 2020, an ethnic Khasi was killed and four Khasi Students’ Union (KSU) members were injured, following a clash between tribals and non-tribals at Ichamati village in the East Khasi Hills District of Meghalaya. The subsequent clash killed three people and led to the clamping of curfew in various parts of the State and the suspension of internet services.

The ethno-nationalist insurgent movements in the Northeast have witnessed a continuous decline over last several years, raising hopes for the establishment of a lasting peace in the region. However, the polarising policies of the ruling dispensation, primarily geared towards vote bank politics, have the potential to jeopardise the accumulated gains. There is a looming threat of an increasing frequency of political agitations accompanied with violence across the region in the foreseeable future. A conducive environment for the resurgence of a polarizing, ethno-centric narrative, which had plunged the region into decades of turmoil, is being re-created. Unless these trends are quickly reversed, both the Northeast and the country at large will pay a terrible price for the disruptive political adventurism of the party in power in the State and at the Centre.