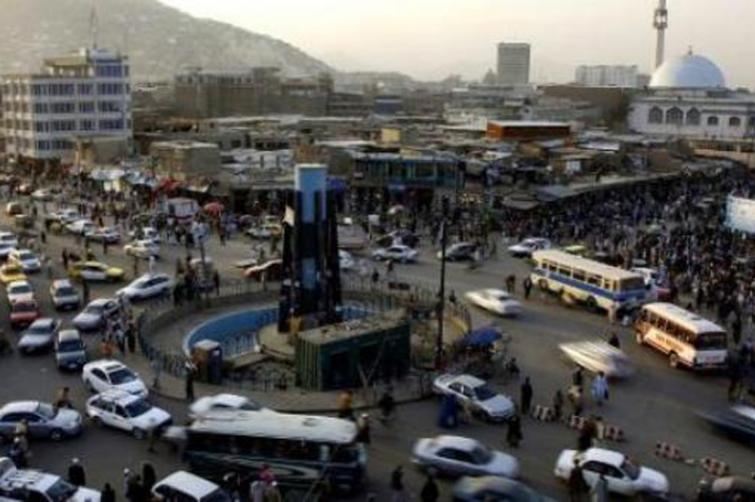 On February 29, 2020, the United States (US) and the Afghan Taliban inked a comprehensive peace agreement (CPA) paving the way for withdrawal of “all military forces of the United States, its allies, and Coalition partners, including all non-diplomatic civilian personnel, private security contractors, trainers, advisors, and supporting services personnel within 14 months following announcement of this agreement”. There were 16,551 foreign troops from 38 countries , including 8,000 US troops, in Afghanistan as on February 29, 2020.

Expectedly, the euphoria around the self-proclaimed US success in signing the deal has faced a major jolt even before the ink was dry. The text of the four-point agreement declares, “the United States is committed to start immediately to work with all relevant sides on a plan to expeditiously release upto 5,000 prisoners of the Taliban and up to one 1,000 prisoners of the other side by March 10, 2020.” And further, “the Taliban will start intra-Afghan negotiations with Afghan sides on March 10, 2020.” However, Afghanistan President Ashraf Ghani’s asserted, on March 1, 2020,

There is no commitment to releasing 5,000 prisoners. This is the right and the self-will of the people of Afghanistan. It could be included in the agenda of the intra-Afghan talks, but cannot be a prerequisite for talks.

On March 3, 2020, a member of the Taliban negotiation team, Mohammad Suhail Shaheen, countered, “the Afghan government will have to meet the prerequisite of release of 5,000 Taliban prisoners, or else intra-Afghan negotiations will be delayed”.

It is useful to recall that, on February 12, 2020, before the inking of the CPA, the US and Taliban had negotiated a proposal for a seven-day reduction in violence. The seven-day reduction in violence (RIV) understanding came into force in the night of February 21, 2020. According to the Afghanistan Ministry of Interior Affairs, at least 30 persons, including 21 security force (SF) personnel and nine civilians, were killed in 12 provinces and another 49 persons were wounded during the seven-day RIV plan. According to the United Nations Assistance Mission in Afghanistan (UNAMA), there were a total of 3,403 civilian deaths in 2019, averaging 65 civilian deaths per week, suggesting a clear decline in fatalities during the RIV period. Meanwhile, the Taliban ‘spokesman’ Zabihullah Mujahid on March 2, 2020, declared,

The Taliban since then has claimed at least 99 attacks resulting in 274 deaths in just the SF category (data till March 8, 2020). Disconcerted by the escalation, US Secretary of State Mike Pompeo on March 5, 2020, stated that “the upsurge in violence in parts of Afghanistan over the last couple days is unacceptable and urged that “violence must be reduced immediately for the peace process to move forward”.

Even before the signing of the deal, through 2019 and in preceding years, the Taliban had made known that it had grown stronger than ever before. In fact, as per the UNAMA report, there were a total of 10,392 civilian casualties (3,403 deaths and 6,989 injuries) in 2019 in addition to 10,994 civilian casualties (3,803 deaths and 7,191 injuries) in 2018. This was the sixth straight year that civilian casualties had crossed the figure of 10,000, and deaths alone exceeded 3,000. Further, the report observed, the Taliban was responsible for 47 per cent of casualties in 2019: 1,301 deaths and 3,603 injuries. In 2018, 37 per cent of the total casualties were attributed to the Taliban: 1,348 deaths and 2,724 injuries. The Taliban was also dominating wider areas than it did earlier. According to the last official data available, as on October 22, 2018, at least 50 districts were under the Taliban control/influence. Though the Resolute Support Mission, which was previously providing official data, has stopped publishing data since, according to the Long War Journal, the Taliban is now in control of 74 districts out of a total of 398 Districts in the country.

Indeed, there was nothing on the ground to suggest that the current situation was in any way propitious for the US to go ahead with its present ‘peace deal’. This has been borne out by developments both before and immediately following the signing of the agreement, which, on available evidence, is unlikely to help improve the security situation in Afghanistan. US tall claims in this regard can only cater to the panicked demands of Donald Trump’s domestic audience, and help the incumbent retain power through the November 2020 Presidential elections.

In the meantime, the other major terror outfit operating in Afghanistan, the Islamic State-Khorasan Province (IS-KP), though weakened, still remains a major threat. Indeed, according to the UNAMA report, IS-KP was responsible for 1,223 civilian casualties (309 deaths, 914 injured), i.e., 12 per cent of the total casualties recorded in 2019. In 2018, IS-K was responsible for 2,181 civilian casualties (681 deaths and 1,500 injured), 20 per cent of all casualties. In the worst attack of the current year targeting civilians, so far, the Islamic State, on March 6, 2020, killed 30 civilians and injured another 42 in capital Kabul.

While the security situation in the country remain grim, internal political differences continues to grow. The incumbent Chief Executive Officer (CEO) Abdullah Abdullah, who has not accepted the Independent Election Commission (IEC)’s February 18, 2020, decision to declare incumbent President Ghani the winner in the September 2019 Presidential Elections, has decided to form his own Government. "Our team, based on clean and biometric votes, is the victor and we declare our victory. The fraudsters are the shame of history and we announce our inclusive government," Abdullah declared after the IEC’s announcement. Later, on March 7, 2020, Abdullah’s spokesman Fraidoon Khwazoon, stated that "we've sent the invitation to all national and international organisations and all necessary preparations have been take." The inauguration ceremony of both sides scheduled to be held in the morning of March 9, 2020, had, at the time of writing, been postponed to a later time. "The swearing-in ceremony... will be held in the afternoon," Ghani's spokesman Sediq Sediqqi tweeted on March 9, hours after a similar announcement by Abdullah’s Team. Reports indicate that US special envoy Zalmay Khalilzad was engaged in “serious negotiation with the Abdullah team” at the time of writing. It is pertinent to recall that a similar situation had emerged in the wake of the 2014 Presidential Elections and a US brokered deal had led to the formation of the National Unity Government.

Afghanistan has, once again, been pushed to a critical juncture. Taliban violence and influence is surging even as political instability augments. Meanwhile, after spending over 18 years in Afghanistan, the US – the source and principal architect of Afghanistan’s misfortunes – is in no mood to stay on to repair the harm it has done, despite realizing the impending and potentially disastrous consequences of an untimely withdrawal. Asked if the Taliban could eventually seize power from the current US-backed Government, Donald Trump conceded, it was "not supposed to happen that way but it possibly will," and added, "We can't be there for the next 20 years. We've been there for 20 years and we've been protecting the country but we can't be there for the next… eventually, they're going to have to protect themselves."

While the present phase of political instability is likely to be resolved sooner rather than later, the probabilities of a complete withdrawal of foreign troops still seem to be low. A strong possibility of the February 29, 2020, deal falling flat exists, with the US being forced to remain engaged in Afghanistan. However, if a complete withdrawal does in fact, take place, it is unlikely that the Taliban will allow the elected Government to remain in power for long.