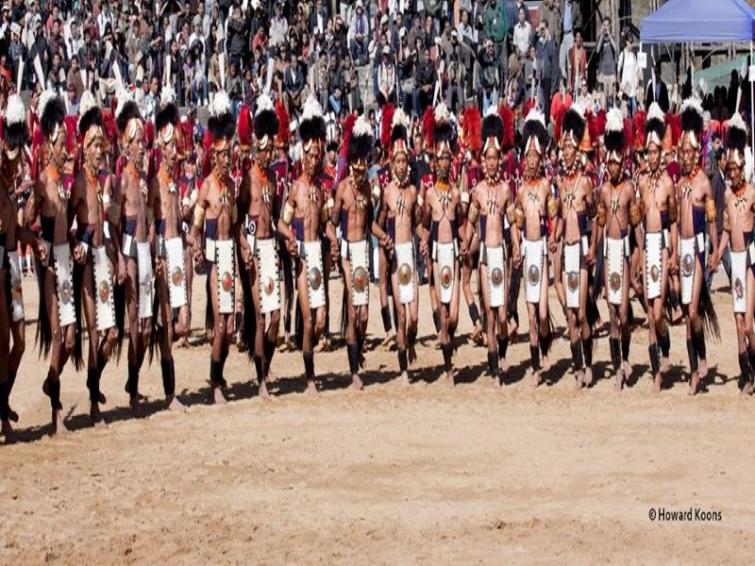 On February 10, 2020, Nagaland Chief Minister Neiphiu Rio announced that the Government of India (GoI), the National Socialist Council of Nagaland-Isak Muivah (NSCN-IM), and the Working Committee of the Naga National Political Groups (NNPGs) had wound up “the talks and are now working out the competencies to ink a solution to the Naga issue.” Adding a note of caution, CM Neiphiu Rio clarified that “nowhere has it been mentioned that the peace process has concluded. Only the talks have concluded on a positive note, which signifies that the negotiating parties have arrived at meeting points on the various topics of the negotiations”.

Earlier, on January 17, 2020, the interlocutor for Naga peace talks and State’s Governor R. N. Ravi noted, “The negotiations which were going on for the past many years between the Government of India and the Naga political groups have been successfully concluded’’. Like the Chief MInister, Governor R. N. Ravi qualified his utterance, observing, “It gives me great pleasure to share with you that we could be now very close to it (a solution).”

Both Chief Minsiter Rio and Governor Ravi were referring to the ‘breakthrough’ achieved between the GoI and the NSCN-IM on October 31, 2019, at the end of the three-month deadline set by Prime Minister (PM) Narendra Modi. During the deliberations. Among other things, the NSCN-IM “came on board” on the contentious issues of ‘Naga flag’ and ‘Naga constitution.’

However, though the Government is officially maintaining that the Naga talks are on the verge of completion, there is significant skepticism. Notably, an unnamed member of NSCN-IM’s negotiation team following the talks told the media, “The flag and the Constitution will be pursued later.”

Also, on January 16, 2020, the Naga Hoho (apex body of Naga tribes in Nagaland) observed that the October 31, 2019, announcement of the conclusion of formal Naga talks has not brought about any progress and went on to describe the status as “inconclusive talks”. Naga Hoho further said it is unfortunate that the Nagas are not united, as some groups are demanding a separate solution for the present State of Nagaland, whereas some others are trying to settle the issue on behalf of the entire Naga community. Hoho doubted GoI’s intention and alleged that it is trying to divide the Nagas, and also of wanting to resolve the Naga issue by modifying the July 26,1960, 16-Point Agreement within the ambit of the Indian Constitution. Naga Hoho asserted, “The government of India must not backtrack or misinterpret the Framework Agreement which must be the basis of solution or agreement.”

Moreover, reports suggest that, after slipping into Myanmar from India in October 2019, Phungting Shimrang, an NSCN-IM ‘Steering Committee Member’, was trying to talk to the Chinese authorities for “aid in their fight against India”. This is quite contrary to the GoI’s demand, as conceded by an unnamed Union Ministry of Home Affairs (UMHA) official, of return of hundred odd armed cadres of NSCN-IM currently based in Myanmar, before finalizing the accord. Significantly, on January 20, 2020, the National Investigation Agency (NIA), during searches at the premises of close associates and relatives of ‘Cabinet Kilonser (minister)’ Alemla Jamir, recovered INR 8.26 million in cash and documents of different properties worth INR 30 million. Earlier, on December 18, 2019, the NIA had arrested Alemla Jamir with cash worth INR 7.2 million. Alemla Jamir is the wife of Phungting Shimrang and these arrests could be a way to pressurize Shimrang to return.

Even though the Naga talks continue to linger and there remain some unresolved impediments to a successful conclusion, insurgency-related violence in the State is on a decline. According to partial data compiled by the South Asia Terrorism Portal (SATP), the State registered a total of three insurgency-linked fatalities, including one civilian, two Security Force (SF) personnel and one militant, in three separate incidents in 2019. There were seven such fatalities, including three SF troopers and four militants, in three incidents in 2018. Not a single fatality has been recorded in the current year, so far (data till February 20, 2020).  At the peak of the insurgency, Nagaland had recorded 360 fatalities (104 civilians, 38 SF personnel, and 218 militants) in 1997. The highest civilian fatalities, 144, were recorded in 1996. The maximum number of SF personnel, 48, were also killed in 1996.

Also, instances of internecine clashes between Naga militant groups outside Nagaland declined from six in 2018 to three in 2019. The resultant fatalities decreased from seven [two civilians (one each in Manipur and Arunachal Pradesh) and five militants (three in Manipur, two in Arunachal Pradesh)] in 2018, to a single fatality of a NSCN-K-Khango Konyak faction overground worker in Arunachal Pradesh in 2019.

However, there was surge in total number of incidents of terrorism from 117 in 2018 to 131 in 2019. Two incidents of explosion resulting in two fatalities (both SF personnel) were reported in 2019, as against one explosion recorded through 2018, resulting in injury to one civilian. Two incidents of internecine clashes were reported, resulting in the death of one militant in 2019. Turf wars between various Naga militant factions were common till 2015. There were no such clashes in the subsequent three years (2018, 2017 and 2016). Fatalities were reordered in three districts – Mon (2), Dimapur (1) and Kohima (1) in 2019, as against two districts – Mon (6) and Paren (1) – in 2018.

Incidents of abduction and extortion also remain unabated. According to reports, in Dimapur alone, the commercial hub of the State, there were 140 cases of extortion cases registered between January to December 28, 2019 [extortion and abduction cases are significantly underreported, as families of victims often accede to demands without involving the Police).

SFs arrested 187 militants in 108 incidents in 2019, in addition to 148 such arrests in 92 incidents through 2018. Those arrested in 2019 included 42 from NSCN-IM; 37 from NSCN-K; 19 from NSCN-KN; 12 from NSCN-R; five each from the Unification faction of NSCN (NSCN-U), the NNC-NA, and People’s Revolutionary Army of Kangleipak (PREPAK); two each from Naga National Council (NNC), NSCN-K-Yung Aung faction, and National Democratic Front of Bodoland-Saoraigwra (NDFB-S); and one militant each from the People’s Liberation Army (PLA),United National Liberation Front of Asom-Independent (ULFA-I), and Dimasa National Liberation Army (DNLA) .

Insurgency within the state was clearly under control through 2019, but developments beyond the State, such as the revocation of Article 370 of the Indian constitution in August 2019 and the issue of Citizenship (Amendment) Act (CAA), 2019, had an impact on Nagalaind.

Following the 'revocation' of Article 370 in Jammu and Kashmir, some fears were voiced in certain quarters within the State, including the influential Naga Hoho, about the durability of Article 371(A). Correctly sensing the public sentiments attached to the special constitutional provision, Governor R.N. Ravi on August 6, 2019, sought to address such apprehensions, stating,

Dear brothers, sisters and children of Nagaland. Some people have expressed apprehensions over the implications of developments in Jammu & Kashmir on Nagaland. I would like to categorically assure you all that you do not have to worry at all. Article 371(A) is a solemn commitment to the People of Nagaland. It is a sacred commitment.

Article 371 (A) confers special provisions on Nagaland by restricting Indian Parliament's ability to make laws on religious and social practices of the Nagas, and also provides autonomy in the practice of Naga customary law and procedure. The Article also restricts Parliament's ability to make laws for the ownership and transfer of land and its resources in Nagaland, and both these subjects are to be decided by a resolution of the Legislative Assembly of the State (Nagaland).

Separately, the agitation against CAA 2019 largely seen in Assam, Meghalaya and Tripura, also gained traction in the State. Militant formations tried to use the emotive CAA issue to propagate their agenda of 'sovereignty'. The Aung Yung faction of NSCN-Khaplang (NSCN-K-Aung Yung) extended support to the mass agitation against CAA 2019. On December 19, 2019, Joseph Lamkang of NSCN-K-Aung Yung thus stated,

As much as we opposed India's hegemony over the Naga country, we opposed all its policies and laws imposed on our people. Some of our elected Naga politicians have blindly supported the Bill without even consulting the people they represent. They are exposing their political immaturity and short sightedness.

Sensing trouble the Government on December 9, 2019, acceded to the long-standing demand for the extension of the Inner Line Permit (ILP) system to Dimapur. The ILP regime was already in place in the State, excluding Dimapur, the only railhead in, and gateway to, the State.

Amidst a conducive environment for talks, and with insurgency in the state at an all-time low, it was expected that the Union Government would push for an early conclusion to the Naga peace process. Regrettably, a settlement remains elusive, giving rise to skepticism on both sides. The possibility of the entire process getting derailed, and a spillover into escalating violence, remains a disturbing reality, as the Centre’s policies exacerbate popular apprehensions.