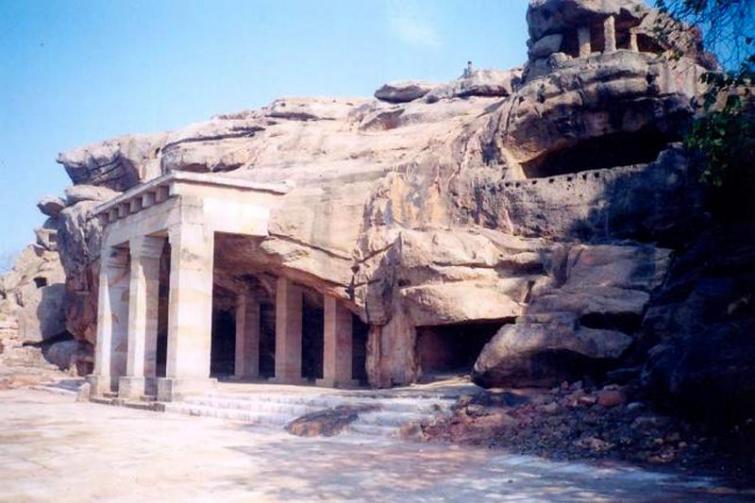 In the first of incident of its kind reported in Odisha, on January 25, 2020, villagers of Janturai village in Malkangiri District, lynched a Communist Party of India-Maoist (CPI-Maoist) cadre, while another Maoist sustained injuries at the hands of the outraged villagers. The slain Maoist was identified as Ganga Madhi, a resident of the same District, and was carrying a cash reward of INR 100,000 on his head. The injured Maoist was identified as Jipro Hatrika, a resident of Koraput District, who had a reward of INR 400,000 on his head.

The villagers were angry that the Maoists had opposed the construction of a road to Janturai village, depriving it of development programmes. The village is cut off from rest of the State, as it is encircled by the waters of the Balimela Reservoir on three sides, and on the fourth side is a deep forest that spreads up to the East Godavari District of Andhra Pradesh.

On January 2, 2020, CPI-Maoist cadres shot dead a tribal man, identified as Ranjan Digal, at Burdamaha village under Latingia Panchayat (village level local self-Government institution) in K. Nuagaon Tehsil (revenue unit) in Kandhamal District. According to sources, a group of about eight to 12 armed Maoists reached the village in the late hours of the night and broke into his house, dragged Ranjan out, took him to a local school and shot him dead. The ‘Kandhamal-Kalahandi-Boudh-Nayagarh (KKBN) division’ of the CPI-Maoist claimed responsibility for the killing, alleging that Ranjan was a ‘Police informer’.

These were the two incidents of Left-Wing Extremism (LWE)-linked killings recorded in the State thus far in 2020 (data till February 9).

A declining trend is also observed in the civilian fatalities’ category, which registered a drop of 23.07 per cent, from 13 in 2018 to 10 in 2019. As in case of overall fatalities, though no definitive trend is established, the latest round of continuous decline in this category has remained uninterrupted since 2017. Fatalities fell to 18 in 2017 from 27 in 2016. 2010, was the worst year, with 62 fatalities in this category, while 2004 was the best, when no such fatality was recorded. Civilians have been the worst hit category with 358 fatalities, since March 6, 2000, when SATP started compiling data. The SF category registered 221 fatalities, while there were 292 fatalities in the LWE category.

Other parameters of violence are also indicative of the diminishing influence and impact of the rebels in the State. A total of 80 LWE-related incidents were recorded in 2018, down to 73 in 2019. Likewise, four major incidents (each resulting in three or more fatalities) were recorded in 2018, down to one in 2019. The Maoists triggered at least five blasts, killing four persons and injuring three others in 2018; though the same number of blasts were triggered in 2019, only three persons were injured.

An analysis of over ground and underground Maoist activities in Odisha also suggests a waning influence. According to SATP, in 2019, Maoist activities were reported from 12 Districts (Odisha has a total of 30 Districts). Six Districts (Bolangir, Kalahandi, Kandhamal, Koraput, Malkangiri, and Nabarangpur), fell in the ‘moderately affected’ category, while the remaining six Districts (Bargarh, Gajapati, Nayagarh, Nuapada, Rayagada, and Sundargarh) were ‘marginally affected’. By comparison, in 2018, Maoist activities were reported from 15 Districts. One District (Malkangiri) was ‘highly affected’; while nine Districts (Bolangir, Bargarh, Kalahandi, Kandhamal, Koraput, Nabarangpur, Nuapada, Rayagada, and Sundargarh) were ‘moderately affected’; and the remaining five (Angul, Dhenkanal, Ganjam, Gajapati, and Jajpur) were ‘marginally affected’.

CPI-Maoist, through posters and banners, urged people to join their organisation during the celebration of ‘PLGA (People Liberation of Guerrilla Army) Week – December 2 to December 8 – in 2019. For instance, on December 6, 2019, CPI-Maoist posters and banners urging women to join their organisation were put up at several places in Chitrakonda area in the Kalimela region of Malkangiri District in Odisha. Reports indicate that the rebels have been unable to find new recruits.

Nevertheless, there are worries. 15 Districts (Angul, Bargarh, Bolangir, Boudh, Deogarh, Kalahandi, Kandhamal, Koraput, Malkangiri, Nabarangpur, Nayagarh, Nuapada, Rayagada, Sambalpur, and Sundargarh) out of the State's 30 Districts, find place among the 90 Districts in 11 States listed as LWE-affected by the UMHA on February 5, 2019. In addition, the same list of 15 Districts of the State were among the 90 Districts in 11 States, covered under the Security Related Expenditure (SRE) (SRE)/LWE scheme for the purpose of reimbursement of expenditure incurred on counter-LWE operations. Moreover, of these 15 Districts, two Districts (Koraput and Malkangiri) were earlier categorized as 'worst LWE-affected Districts,' in the list of 30 Most Affected LWE Districts from seven States across India, released by the UMHA on August 1, 2018.

In addition to several measures taken in past years, the State Government launched some new initiatives to rehabilitate and bring LWEs into the main stream in the State through 2019. For instance, on November 25, 2019, Minister of State for Home, Dibya Shankar Mishra, stated that the Odisha Government was implementing a 'surrender and rehabilitation policy' under which the Government would provide up to INR 250,000 assistance to middle and lower Maoist cadre who surrender, as well as INR 45,000 as house building assistance; 1742.4 square feet home stead land or INR 25,000; INR 3,000 educational assistance to the children of Maoists; INR 25,000 marriage assistance to unmarried Maoists; as well as arrangements for imparting vocational training to surrendered Maoists.

Moreover, on August 22, 2019, Odisha Chief Secretary Asit Kumar Tripathy, emphasizing the need for expeditious implementation of developmental programmes in the areas affected by LWE in the State, disclosed that the Government would emphasise development of road connectivity, telecommunications and extension of banking services in these areas. He said developmental activities had been expedited in the Malkangiri District after the opening of the Gurupriya Bridge linking the 'cut-off areas' of the Chitrakonda Reservoir, on July 26, 2018.

Such militants, including terrorists and Maoists, cannot survive without money. Maoist activities in Odisha can be checked to a great extent if police choke their funding. They (Maoists) will be practically finished.

In the meantime, however, Odisha Police continues to lag in terms of capacities to deal with the Maoist threat as well as with general duties of policing in the State. According to the latest Bureau of Police Research and Development (BPR&D) data, as on January 1, 2018, Odisha had 131.74 Police personnel per 100,000 population, significantly below the inadequate national average of 150.80. More worryingly, the Police/Area Ratio (number of policemen per 100 square kilometres) is just 36.38, as against the national average of 61.31. Both the State and national averages on the Police/Area ratio well below the sanctioned strength, at 43.01 and 78.45, respectively. Worryingly, the sanctioned strength for the States’ Police is 66,973, but 56,651 personnel were in position, a deficit of 15.41 per cent. In addition, the sanctioned strength of the apex Indian Police Service (IPS) Officers in the State is 188, but just 114 officers were in position, a deficit of 39.36 per cent that considerably weakens the executive supervision of the Force.

The Maoists are definitely on the backfoot in the State. The lynching incident of January 25, 2020, moreover, is clear warning that they no longer have the support of the locals and are failing to maintain fear among the masses. It is now up to the Governments – the Centre and State – to expand the necessary administrative, developmental and security outreach to bring the State completely out of this rapidly retreating menace.