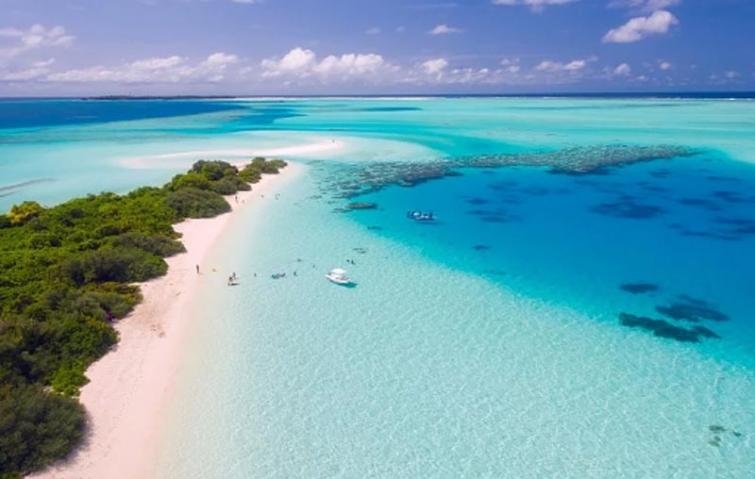 On November 25, 2019, Maldives Police Commissioner Mohamed Hameed posted statistics of religious extremism cases recorded between January 1, 2014, and October 31, 2019. According to the data shared, 188 cases related to extremism in the name of religion had been reported since January 2014, but only 14 of these were sent for prosecution. No further details regarding the remaining cases were made available.

Some of the recently reported incidents of religious extremism include:

November 23, 2019: Unidentified persons vandalised Meraki Coffee Roasters located in Male city. Those involved in the act left a message that essentially read, “Women [expletive] don’t be men! Men don’t be women!”. The outlet is also identified by detractors as a ‘hangout for liberals and secularists’. The attack is suspected to be a warning to its former employee Inas Ismail ‘Eena’ for wearing a suit to the Maldives Film Awards 2019.

November 23, 2019: An unidentified group of men spray-painted the logo of terrorist group Islamic State (IS) on several walls on Maaugoodhoo island in Faafu Atoll.

November 21: Ismail Hammad (26), member of an unnamed religious extremist group, was reportedly stabbed when he was on a boat, for refusing to pledge allegiance to the leader of the group and “sentenced to death” by his colleagues. Fortunately, seriously injured Hammad swam to Maalhos island under the Alif Alif Atoll.

More worryingly, the 188 cases documented by the Government included instances where people were found providing financial assistance to terrorist organisations and making attempts to become members of such groups. On September 19, 2019, the Maldives Government made public the details of 17 terror organisations placed under the Anti-Terrorism Act on the recommendations made by the Parliamentary Committee on National Security. These groups included the IS, Al-Qaeda, Jabhat al-Nusra (JaN), Lashkar-e-Taiba (LeT), Al-Qaeda in the Arabian Peninsula (AQAP), Al-Qaeda in the Islamic Maghreb (AQIM), Al-Qaeda in the Indian Subcontinent (AQIS), Abu Sayyaf (AS), Boko Haram (BH), Al-Shabaab, Tehreek-i-Taliban Pakistan(TTP), Harkat-ul-Jihad-i-Islami (HuJI), Jaish-e-Mohammed (JeM), Islamic State of Iraq and the Levant (ISIL), National Thowheed Jama'ath (NTJ), Jamathei Millathu Ibrahim (JMI) and Willayath as Seylani (WAS).

Meanwhile, a 2019 report authored by the National Counter Terrorism Centre (NCTC) and United Nations Development Programme (UNDP) on ’Youth Vulnerability in the Maldives highlighted concerns regarding the use of religion in political mobilisation and the increasing influence of salafism.  The report in the section ‘Extremism’ noted,

The deployment of religion as a political weapon has been significant over the past decade, with many more liberal politicians and activists falsely accused of being opposed to Islam. These accusations, most of them based on no evidence, have led to a deeply polarized political environment.
The increased influence of Salafism and religious leaders who reject pluralism creates an environment in which polarization increases and the capacity for compromise diminishes.  Salafism by no means creates a direct link to radicalization but can lead to it down the road…
The hardening of ideas of the “in-group” of Maldivians who are “100 percent Muslim,” and an “out-group” of those who are either outside the faith or are seen as having distorted it, is a step on the path to radicalization.
There is also a widespread belief that Islam is under threat, an idea pushed on the Internet and linked to genuine state violence against Sunni Muslim communities in Syria, Myanmar, Russia, and China. There is no threat to Islam within the Maldives, yet religion is often portrayed as being vulnerable.

The Report also highlights concerns regarding the role of foreign preachers in recruitment for terror groups. Recruitment is linked to preachers mostly brought in from other countries. A case in point was the Yemeni citizen Yasir Yahya Solih, presently held at the Immigration Detention Center at Hulhumale (a suburb of Male city), who had initially come to Maldives to teach Arabic and married a local. Later, authorities discovered his links with terror groups leading to revocation of his Visa. He continues to be in detention as the ongoing civil war in Yemen is hindering his deportation.

Another significant development was the arrest of “terrorist leader” Mohamed Ameen, (35) on October 23, 2019. The United States (US) Department of the Treasuries Office of Foreign Affairs Control (OFAC), on September 10, 2019, had designated him as a ‘recruiter’ for Islamic State-Khorasan (IS-Khorasan). Reports suggest that Ameen’s subordinates hosted approximately 10 recruitment sessions per week (from April 2019 onwards) under the guise of Islamic classes, held at several locations (including Ameen’s residence) in Male.

Such preaching is one of the reasons behind Maldives having one of the highest ratios of fighters joining IS in Syria and Iraq.  An estimated 200 citizens have left the island nation, which has a total population of roughly 400,000, translating to ‘one in every 2000’ Maldivians becomes an ISIS fighter. The issue of Maldivians fighting abroad has again come to the fore with the surrender of 900 Islamic State-Khorasan (IS-K) militants, including many Maldivians, in Afghanistan.

Anticipating eventual return of these fighters, the Government is constructing a rehabilitation centre in K. Himmafushi island to de-radicalize them once they are back home. Whether this initiative would be adequate to deal with the delinquent deportees remains to be seen.

There is evident need to strictly regulate NGOs and foreign preachers present in the island nation and to need build a greater consensus within communities on the scourge of radicalisation.