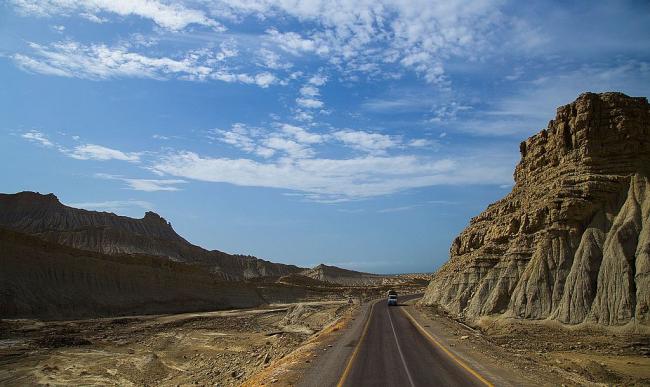 On January 1, 2019, four Frontier Corps (FC) personnel were killed and another two injured during an exchange of fire with militants who were trying to enter the residential and administration compound at an FC training centre in Loralai District of Balochistan. Four militants were also killed.

Though this was the first incident of violence recorded in the Province in 2019 (data till January 4, 2019), Balochistan recorded a surge in terrorism-related fatalities in 2018, after registering a continuous decline over the preceding five years, 2013 to 2017.According to partial data compiled by the South Asia Terrorism Portal(SATP), Balochistan recorded 388 fatalities - 243 civilians, 80 Security Force (SF) personnel, and 65 militants - in 2018, a spike of 13.78 per cent over the 2017 toll of 341 (182 civilians, 82 militants, and 77 SF personnel).

More worryingly, fatalities among civilians, one of the primary and most important indicators of security in any conflict theatre, witnessed a sharp rise, from 183 killed in 2017 to 239 in 2018, an increase of 30 per cent. The two most deadly attacks resulting in maximum civilian fatalities included:

July 25, 2018: 28 persons, including five Policemen and two minors, were killed and 30 injured in a suicide attack near a school area in the Bhosa Mandi area on the Eastern Bypass of Quetta, the provincial capital of Balochistan. The attack targeted the convoy of Deputy Inspector General (DIG) Abdul Razzaq Cheema, who remained unhurt in the attack, while Station House Officer (SHO) Bhosa Mandi succumbed to his injuries.

July 13, 2018: A suicide bomber targeting a political rally of the Balochistan Awami Party (BAP) killed at least 149 people and injured over 186 in Dringarh village, Mastung District. The dead included Siraj Raisani, the BAP candidate from the National Assembly seat Province Balochistan–35 (PB-35, Mastung). Siraj’s elder brother, Nawab Aslam Raisani, was the Chief Minister of Balochistan Province between 2008 and 2013. Most of the other victims were residents of Kanak and Dringarh areas, who had invited Raisani to announce their support for him. The Islamic State (IS) and the ‘Ghazi Force Lal Masjid’ wing of the Tehreek-e-Taliban Pakistan (TTP) separately claimed responsibility for the attack.

On the other hand, militant fatalities decreased from 83 in 2017 to 63 in 2018, a decline of 24.09 per cent. This was the lowest number of fatalities among militants recorded since 2011, when fatalities in this category stood at 47.

The increase in fatalities among civilians and SFs are clear indicators of a deteriorating security situation. Other parameters of violence reinforce this assessment. For instance, fatalities in suicide attacksincreased almost two-fold, from 109 in 2017 to 208 in 2018, though the number of suicide attacks increased only marginally from eight in 2017 to nine in 2018.

As noted earlier, the North is afflicted by Islamist extremist groups such as Islamic State (IS, also Daesh), TTP and Lashkar-e-Jhangvi (LeJ); while Baloch nationalist insurgent groups operate in the South. The major Baloch insurgent groups include the Baloch Republican Army (BRA), Baloch Liberation Army (BLA), Balochistan Liberation Tigers (BLT) and United Baloch Army (UBA). The Pakistani state targets the ethnic Baloch insurgent groups with great ferocity, engineering extra judicial killings and ‘disappearances’ in the name of ‘fighting terror’. Given the much higher losses they suffer in terrorist violence in the North, it would be expected that their counter-insurgency (CI) and counter-terrorism (CT) responses would be more focused on that region, but it receives little attention.

Of the 4,257 civilian fatalities recorded in Balochistan since 2004 (data till January 4, 2018), at least 1,327 have been attributable to one or another terrorist/insurgent outfit. Of these, 407 civilian killings (237 in the South and 170 in the North) have been claimed by Baloch separatist formations, while Islamist and sectarian extremist formations – primarily Islamic State, LeJ, TTP and Ahrar-ul-Hind (Liberators of India) – claimed responsibility for another 920 civilian killings, 837 in the North (mostly in and around Quetta) and 83 in the South. The remaining 2,930 civilian fatalities – 1,705 in the South and 1,225 in the North – remain 'unattributed'. A large proportion of the ‘unattributed’ fatalities, particularly in the Southern region, are believed to be the result of enforced ‘disappearances’ carried out by State agencies, or by their proxies, prominently including the Tehreek-e-Nafaz-e-Aman Balochistan (TNAB, Movement for the Restoration of Peace, Balochistan).There were a total of 69 ‘unattributed’ fatalities(59 in North, 10 in South) in 2018 in addition to 82 in 2017 (46 in North, 36 in South).

Continued extra-judicial killings by the Pakistani security establishment has made Baloch insurgent groups more violent towards non-Baloch people in the Province, which has resulted in a series of attacks that have targeted Punjabi and other non-Baloch settlers in Balochistan. These killings have been orchestrated by Baloch groups including the Balochistan Liberation Army (BLA), Balochistan Liberation Front (BLF) and the Baloch Republican Army (BRA), among others, who have openly voiced anti-Punjabi sentiments.According to partial data compiled by SATP, a total of 209 settlers have been killed in Balochistan since the killing of Nawab Akbar Bugti, leader of the Bugti tribe and President of the Jamhoori Watan Party (JWP), on August 26, 2006, (data till January 4, 2019). Bugti was killed in a military operation in the Chalgri area of the Bhamboor Hills in Dera Bugti District. Out of the 209 ‘outsiders’ killed, at least 178 were Punjabis. Eight Punjabis were killed in 2018, while 23 Punjabi settlers were killed in 2017. There were no such fatalities among Punjabis in 2016. The number of Punjabi fatalities in the Province stood at 22 in 2015; 17 in 2014; 29 in 2013; 26 in 2012; 13 in 2011; 21 in 2010; 18 in 2009; and one in 2008. No such fatalities were recorded in 2007 and 2006.

Other than non-Baloch people, those associated with China-Pakistan Economic Corridor (CPEC) projects, including Gwadar Port, were also targeted by Baloch nationalists and insurgents, who consider CPEC an instrument of exploitation of local resources and of the marginalization of local populations. Though, Baloch militants had targeted CPEC related projects and their workers on many occasions, previously, in a significant move out of the Province, and in the first attack of its kind, the Baloch separatist groupBLA’s‘Majeed Brigade’ suicide squadcarried out a suicide attack targeting the Chinese Consulate at Block 4 in the Clifton area of Karachi, the provincial capital of Sindh, on November 23, 2018. At least six persons, including three civilians, two Policemen, and a private security guard, were killed. Three terrorists involved in the attack were killed by SFs. No Chinese national was hurt. Claiming responsibility for the attack, BLA disclosed that the attackers had been tasked to target the consulate.

Significantly, onAugust 11, 2018, BLA orchestrated the first suicide attack on a bus carrying Chinese engineers going from the Dalbandin Airport to the Saindaik copper and gold mines,both in Chagai District. Six persons – among them three Chinese engineers – had been injured in the attack. The engineers were working on the Saindak Project, a joint venture between Pakistan and China, to extract gold, copper and silver from an area close to the border.Jiand Baloch, a BLA ‘spokesperson’, had then stated, “We targeted this bus which was carrying Chinese engineers. We attacked them because they are extracting gold from our region, we won’t allow it.” In a statement issued on Twitter, the BLA identified the suicide bomber who died in the attack, as Rehan Baloch, the elder son of BLA's ‘senior commander’ Aslam Baloch.

Insurgents trying to disrupt construction of CPEC projects in Balochistan have killed 66 persons since 2014. Colonel Zafar Iqbal, a spokesperson for the construction company Frontier Works Organisation (FWO), stated on September 8, 2016, “The latest figure has climbed up to 44 deaths and over 100 wounded men on CPEC projects, mainly road construction in Balochistan, which began in 2014.” Since September 7, 2016, according to partial data compiled by SATP, another 22 persons have since been killed in different CPEC-related projects across the Province (till January 4, 2019). While four persons, who were related to CPEC project, were killed in 2017, this number jumped to 11 in 2018, demonstrating increasing Baloch anger against CPEC.

The Baloch separatists’ anger against CPEC in not unjustifiable. The continuous neglect and systematic plan to plunder the natural resources of the mineral rich Province is evident in many instances. On December 10, 2018, for instance, the CPEC Cell, in its briefing to the Balochistan Cabinet, revealed that Balochistan’s share in the USD 62 Billion CPEC project was a miniscule nine percent, about USD 5.6 Billion. It was also disclosed that, out of this committed sum, less than USD one Billion had been spent in over five years, since May 22, 2013, when CPEC was launched. The stunned Cabinet members reportedly described CPEC spending in Balochistan thus far, as “a joke”.Expressing concern over the dismal share of the Province in development projects under CPEC, on December 9, 2018, the Balochistan Government disclosed that only two projects — the Gwadar Port and Hubco Coal Power Plant — had been approved for the Province till that point, since CPEC’s launch on May 22, 2013. The Government, moreover, claimed that even these two projects had no direct benefits for the people of Balochistan.

Meanwhile, the Chief Justice of Pakistan (CJP) Mian Saqib Nisar stated, on December 10, 2018, “the situation of Balochistan is deplorable” despite the Province having huge mineral resources. The CJP emphasised that the people of Balochistan complained that they were being neglected by Islamabad and they did not even have basic rights.

Though the levelof violence in the Province had been relativelylow for some years, a smouldering discontent continues to feed the fires of revolt.