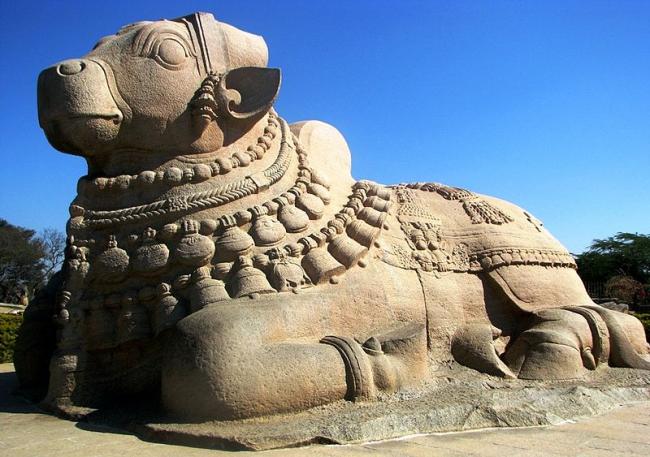 In an audacious attack, on September 23, 2018, Communist Party of India-Maoist (CPI-Maoist) cadres gunned down Kidari Sarveswara Rao, a Member of the Legislative Assembly (MLA) from the ruling Telugu Desam Party (TDP) and Siveru Soma, a former MLA, also belonging to TDP, near Livitiput village in Dumbriguda mandal (administrative sub-division) in the agency area of Visakhapatnam District. More than 50 armed Maoists targeted the duo when they were travelling in two cars to the village to have a meeting with the girijans(the tribals of the Agency area) who were agitating to press their demand for the closure of mines at Araku, allegedly obtained by MLA Rao in the name of his brother-in-law B. Rajendra. The tribals claimed that the mines were contaminating water resources in the region. According to the Police, both Rao and Soma had received threats from the Maoists in the past. With a clear plan, Maoists surrounded the duo when they were going towards the village with little security and killed them.

Commenting on the attack, Chiruvolu Srikant, Deputy Inspector General (DIG) of Police, Visakhapatnam Range, disclosed, “The Maoists opened fire from point-blank range first at former MLA Soma and then at the MLA (Rao), killing both of them on the spot.” The Maoists also took away the weapons, including two 9 mm pistols and one 9 mm carbine from the three PSOs (personal security officers), accompanying the leaders, before the security persons could react and open fire.

The last ‘successful’ attack on legislators in then undivided Andhra Pradesh was orchestrated on August 15 (Independence Day), 2005, when an action team of the People's War Group (PWG) brutally killed the Chittam Narsi Reddy, then MLA from Makthal Assembly, belonging to the ruling Indian National Congress, and eight others at Narayanpet in the Mahboobnagar District. The dead included the legislator’s youngest son, C. Venkateshwar Reddy; Narayanpet Municipal Commissioner D.V. Ram Mohan Rao; the MLA's driver Srinu; bodyguard Raja Reddy; the Revenue Development Officer`s Secretary, Sayanna; and Congress workers Ravinder Reddy, Mohan and Lokeshwar Reddy. The group was participating at a public function to launch work on a cement road.

There have been two earlier attacks in the State targeting legislators, though these were unsuccessful. The first recorded attack was reported in 1998, when cadres of the Communist Party of India (Marxist Leninist) – People’s War (also, the People’s War Group, PWG) carried out an attack near Kathlapur village in Karimnagar District, targeting the then Chief Minister, N. Chandrababu Naidu, while he was campaigning for the Metpally Assembly by-election. Though Naidu survived the attack, the constables present on the spot sustained severe injuries.

The latest incident clearly suggests that concerns regarding Left Wing Extremism (LWE) threat in Andhra Pradesh are well-founded, though the Maoist prowess has long been on the wane. According to partial data compiled by the South Asia Terrorism Portal (SATP), during the current year, till September 30, 2018, two incidents of LWE-linked killing have been recorded in the State, in which three persons, all of them civilians, including the September 23 killings, have died. In the corresponding period of 2017, at least six persons, including two civilians, one Security Force (SF) trooper and three extremists were killed. Through 2017, a total of nine fatalities, including five civilians, one SF trooper and three extremists, were registered. The highest number of fatalities, at 320 (including 132 civilians, 21 SF personnel and 167 Left-Wing Extremists), were recorded in 2005, in then undivided Andhra Pradesh. Fatalities in LWE-related violence in the State have seen a continuous decline since 2006, with the exception of transient reverses in 2010, 2013 and 2016. Cumulative fatalities in LWE-linked violence in Andhra Pradesh since 2005 stand at 742, including 276 civilians, 37 SF personnel, and 429 extremists.

According to an August 9, 2018, report, the Maoists have decided to organise more village meetings to augment their cadre base, with a focus on the Galikonda area of Ananthagiri mandal in Visakhapatnam District, an area which they once dominated, but where they have weakened considerably. The same report also revealed that the Maoists’top leadership had entrusted this revival to Boda Anjayya aka Naveen, ‘chief’ of the Korukonda Area Committee, and a trusted lieutenant of Gajarla Ravi aka Uday, currently in-charge of the Andhra-Odisha Border Special Zonal Committee (AOBSZC) region.

Earlier, on June 16, 2018, West Godavari District Superintendent of Police (SP), M. Ravi Prakash disclosed that, in their struggle to revive, the Maoists were using Polavaram, Velairpadu and Kukunuru mandals in the West Godavari Agency areaas a shelter zone.

According to the latest data released by the Union Ministry of Home Affairs (UMHA) on March 27, 2018, eight Districts [Anantapur, East Godavari, Guntur, Kurnool, Prakasam, Srikakulam, Visakhapatnam and Vizianagaram] of Andhra Pradesh are afflicted by LWE-violence. One of these, Vishakhapatnam, is still among the 30 worst Maoist-affected Districts in the country, listed by UMHA.

Meanwhile, UMHA has taken some new measures for the development of Andhra Pradesh. On August 3, 2018, replying to an answer in the Lok Sabha (Lower House of the India Parliament), Minister of State for Finance, P. Radhakrishnan, stated that under section 46 (3) of Andhra Pradesh Re-organisation Act, 2014, a Special Development Package for the seven backward Districts of the State, amounting to INR 21 billion, had been announced, with INR three billion going to each District. An amount of INR 10.5 billion (three instalments of INR 3.5 billion at INR 500 million per District) had been disbursed for backward areas and a further amount of INR 10.5 billion would be released in a second phase. The Andhra Pradesh Reorganisation Act, 2014, identified Anantapur, Kurnool, Srikakulam, Visakhapatnam, Vizianagaram, YSR Kadapa and Chittoor, as backward Districts. The first five of these are in the list of eight LWE affected Districts in the State.

Andhra Pradesh has fought the Maoist with extraordinary success, transforming itself from the country’s worst affected State through the 1980s, 1990s and early 2000s, to one that is, at worst, marginally affected. Despite the reverses they have suffered, however, it is clear that the Maoists have not given up, nor have they lost their capacities to strike against high value targets. It is unlikely that the September 23 killings will go unanswered, and the Police is likely to intensify operations against the surviving LWE elements, most of whom find relative safety across State borders in the Andhra-Odisha-Chhattisgarh trijunction. A review of security for high-value targets also appears to be overdue, to ensure that complacency has not crept in to create new vulnerabilities.