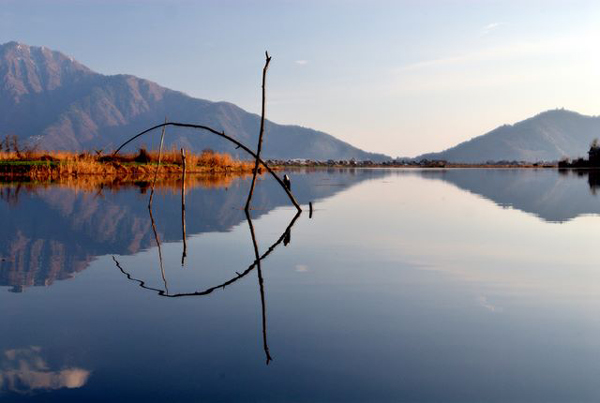 A day earlier, two civilians had been killed and another seven injured in heavy firing by Pakistani Rangers targeting BSF posts near the IB in RS Pura Sector of Jammu District.

According to partial data compile by the South Asia Terrorism Portal (SATP), at least 18 terrorists have been killed at the Line of Control (LoC) / IB since the beginning of the current year. The total number of terrorists killed in Jammu and Kashmir (J&K), during this period, stands at 67. In the corresponding period of 2013, these numbers stood at 33 and 63 respectively. At least 28 attempts at infiltration were made from across the border in 2014 till September 4, in addition to 34 such attempts in the corresponding period of 2013.

Meanwhile, an unnamed official at the Department of Internal Security and Jammu and Kashmir (J&K) Affairs at the Union Ministry of Home Affairs (UMHA), disclosed, on August 31, 2014, that about 60 terrorists had succeeded in entering into J&K in 2014: "The first successful infiltration bid has taken place in May this year in Keran Sector of Kupwara District in which 14 terrorists entered the Valley. There have been eight more successful infiltration bids so far in 2014... Of 60 infiltrated terrorists, the forces have killed 14 in different encounters so far."

Clearly, serious attempts are being made by Islamabad to infiltrate terrorists to reverse the trend of relative peace in the State. Indeed, the number of annual terrorism-related fatalities in the State have witnessed continuous decline since the peak of 4,507 in 2001 (barring a marginal spike 2013). A total of 108 persons, including 13 civilians, 28 SFs and 67 terrorists have been killed in 2014, thus far, as compared to 121 fatalities, including 14 civilians, 44 SFs and 63 terrorists in the corresponding period of 2013. Other parameters of violence, including suicide attacks and explosions have also registered sharp decline. Moreover, only a few incidents of street violence, orchestrated by separatist proxies of the Inter-Services Intelligence's (ISI), have been reported in Kashmir over thepast few years. Orchestrated street violence had become a regular feature in Kashmir after the 2008 Amaranth land controversy, and peaked in 2010.

Pakistan's ISI appears to be worried about the dwindling strength of terrorists operating inside Kashmir. Significantly, Minister of State for Home Affairs Kiren Rijiju informed the Lok Sabha (Lower House of Indian Parliament) on August 12, 2014, that approximately 6,800 terrorists of different tanzeems (outfit) were active during 1996 in the J&K, and that this number had reduced to just 240 and 199 in 2013 and 2014 (January) respectively.

Unsurprisingly, the Pakistan Army has escalated its campaign of violating the November 2003 ceasefire agreement (CFA). Indeed, a total of 22 CFA violations were recorded in just 45 days between July 12, 2014, and August 25, 2014. Two civilians and one trooper were killed inside Indian territory in these violations. On August 26, 2014, Director General of Border Security Force (BSF), D K Pathak, noted,

This is for the first time since 1971 war between the two neighbours that hostilities have prolonged to more than 45 days since first sniper shot was fired by Pakistan on the BSF post on July 12. The incidents of border firing, shelling, ceasefire violations, infiltration, etc., have taken place earlier also but this is for the first time when situation had deteriorated and prolonged to more than 45 days. We are giving them a befitting reply as we ensure that no civilian areas on their side are affected by our response. There were 25-30 launching pads where heavily armed terrorists were waiting on the Pakistan side to infiltrate into Jammu & Kashmir. These launching pads are located in schools, community halls and forest areas on the other side.
No CFA violation was reported on August 26 following a Directors General of Military Operations (DGMO) level meet on the same day. However, the Pakistani Rangers violated the CFA twice on August 28, 2014. No CFA violation has been reported thereafter.

Interestingly, on September 2, 2014, Indian Army authorities disclosed that a 150 meters long tunnel, which was discovered on August 22, 2014, near a forward post along the LoC in Pallanwalla Sector of Akhnoor tehsil (revenue unit) of Jammu District, was apparently aimed at infiltrating terrorists. A similar tunnel had been found in 2008 in the same area. Earlier, on July 27, 2012, a 540-meters long cross-border tunnel was detected after an area caved-in at three spots due to rains, near the BSF's Chillayari Border Outpost (BOP) in the Samba District of J&K. The tunnel had been dug from the Pakistani side into Indian Territory. A farmer had detected the tunnel on July 27, 2012, when the land caved in at three straight points in his fields.

Amidst these developments India has called off Foreign Secretary level talks with Pakistan, following the Pakistani High Commissioner to India, Abdul Basit's meeting with Kashmiri separatist leaders in New Delhi, despite India's request of not to hold any such meeting. Regarding the development Prime Minister Narendra Modi observed, on August 29, 2014,

India has no hesitation to discuss any outstanding issue with Pakistan within the bilateral framework that has been established under the Simla Agreement and the Lahore Declaration. We, therefore, were disappointed that Pakistan sought to make a spectacle of these efforts and went ahead with talks with secessionist elements from Jammu & Kashmir in New Delhi just prior to the meeting of the foreign secretaries..

On the other hand, State Chief Minister Omar Abdullah has demanded that talks between India and Pakistan be resumed, to ease the tension at the border. On August 31, 2014, Abdullah stated,

It basically just demoralizes the people because at the end of the day we only see a solution emerging out of dialogue. We had 25 years of violence, we had wars, we had skirmishes but we haven't seen a solution. The closest we have come to the solution is through dialogue, first with the then Prime Minister (Atal Behari) Vajpayee and (former Pakistan President Gen. Pervez) Musharraf, and then with former Prime Minister Manmohan Singh and Musharraf and with Nawaz Sharif and Singh. We were hoping that process will actually carry on.

Abdullah's worries can only intensify, as the Assembly Elections in the State are due by the end of the year.

In fact, the Indian 'policy pendulum' has swung constantly between talks and no talks with Pakistan, with little enduring impact on the trajectory of terrorism. If anything, it is a range of extraneous factors, including Pakistan's domestic difficulties, growing international focus and pressure on ISI backed terrorism, a shift in Islamabad's priorities towards it terrorist campaigns in Afghanistan, among others, that have resulted in dramatic relief in J&K over the past years. Indian SFs have effectively exploited this hiatus to consolidate operational gains and, if anything, here is need to further strengthen the safety and security of the borders, rather than falling back into the trap of the 'talks or no talks' debate.

Significantly, on July 21, 2014, nearly 2,000 additional BSF personnel and special surveillance equipment were deployed along the IB in the Jammu region to check infiltration bids, and for effective domination of the areas. Infiltration attempts and ceasefire violations along the 190-kilometer long IB had witnessed a preceding surge.

Prime Minister Modi had, during his election campaign, repeatedly emphasised that talks and terrorism could not go on side by side. Unfortunately, this policy declaration has not been acted upon, as the Indian diplomatic establishment lapsed into its default mode, importunately approaching Islamabad to resume the 'peace process' despite repeated and brutal ceasefire violations and terrorist atrocities. It remains to be seen whether the Modi Government is able to communicate an uncompromising message needs to be sent to Pakistan to wind down the infrastructure of support to terrorism from its soil and to end the abetment of cross border terrorism. Policy incoherence and weakness have only encouraged Pakistan in its continuing mischief in the past, creating increasing volatility along the border. A continuance of past policies by New Delhi will only result in continuing disruption and bloodshed by Pakistan backed terrorists.