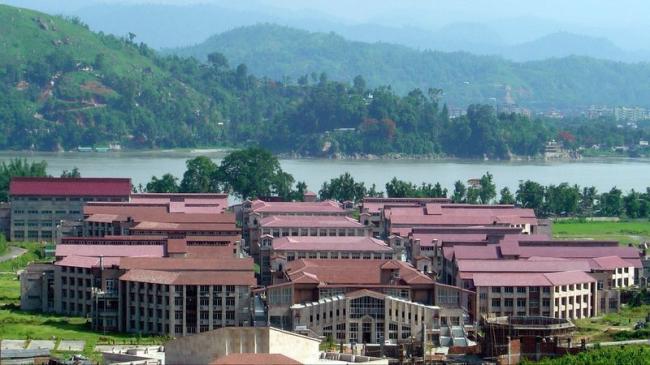 Insurgency across India’s Northeast is currently at its lowest ebb. Most major insurgent groups have suffered severe losses over recent years and are now engaged in talks  with the Government. However, some splinter formations remain violently active. One of these latter groups is the Independent faction of the United Liberation Front of Asom (ULFA-I).

On March 26, 2018, ULFA-I militants attacked a check post manned by Central Reserve Police Force (CRPF) personnel at Dirak in the Namsai District of Arunachal Pradesh. No casualties were reported in the incident.

On February 18, 2018, an ULFA-I militant, identified as Moniram Deori alias Moniram Axom, was killed in an encounter with Security Forces (SFs) at Shankapani in the Changlang District in Arunachal Pradesh.

On January 18, 2018, an ULFA-I linkman, identified as Swarup Jyoti Chetia, was arrested from Chabua in the Dibrugarh District of Assam. Chetia, a local journalist, was reportedly tasked by ULFA-I to collect information about the Chabua Air Force Station to plan sabotage activities, and he had passed on some related information.

According to partial data compiled by the South Asia Terrorism Portal (SATP), at least 74 ULFA-I linked fatalities were reported from four states of the Northeast – Assam, Arunachal Pradesh, Nagaland and Meghalaya – where ULFA-I has been active, since its formation in August 2012 (data till April 22, 2018). The maximum number of killings were reported from Assam, at 55 (20 civilians, five SF personnel and 30 militants); followed by Meghalaya, eight (five militants and three SF personnel); Nagaland, six (one civilian, one trooper and three militants); and Arunachal Pradesh, five (all militants). During this entire period, the total number of killings in these four Northeastern States was 1,060 (430 civilians, 64 SF personnel, and 566 militants); thus ULFA-I accounted for 6.98 per cent of these killings.

During this period, at least 430 civilians were killed in these four States, among which ULFA-I was involved in 21, i.e., 4.88 per cent.

Similarly, during this period, at least 64 SF personnel were killed in these four states, with ULFA-I found involved in nine of these, i.e., 14 per cent.

ULFA-I was confirmed to have been involved in nine major incidents (each resulting in three or more fatalities) reported from these four States over this period, out of a total of 46 major incidents in these States. The worst such incident involving ULFA-I occurred on April 19, 2013, when one civilian, one trooper, and two ULFA-I militants were killed in an encounter at Kordoiguri village in Tinsukia District.

It is useful to recall that the parent group, ULFA, was formed on April 7, 1979, with the principal aim to ‘establish sovereign socialist Assam through armed struggle’. Not surprisingly, it was primarily active in Assam. The group split into two on August 8, 2012, when the then ‘commander-in-chief’ of ‘undivided’ ULFA, Paresh Baruah, ‘expelled’ Arabinda Rajkhowa as ‘chairman’. Earlier, on February 5, 2011, Pradeep Gogoi the ‘vice chairman’ of ULFA, along with ULFA’s ‘foreigh secretary’ Sashadhar Chowdhury and ‘central publicity secretary’ Mithinga Daimary, had announced the decision of ULFA’s ‘central executive council’ to sit for talks with the Government of India without any pre condition. Rajkhowa is currently the ‘chairman’ of the parent ULFA, as the Paresh Baruah-led splinter group came to be known as the anti-talks faction (ULFA-ATF), and subsequently, as ULFA-I. The parent ULFA has since been in talks with the Government. According to latest information provided by the Ministry of Home Affairs, “United Liberation Front of Assam (ULFA) talks are continuing. Last meeting was held on November 24, 2015. SoO [Suspension of Operations] is valid from September 3, 2011, and is continuing indefinitely.”

ULFA-ATF rechristened itself ULFA-Independent following its 'central executive committee' meeting between April 2 and 5, 2013, at Taga in Myanmar. According to a National Investigation Agency (NIA) charge sheet in case RC-04/2013/NIA/GUW, the ‘chairman’ of ULFA-I is Abhijit Barmans aka Dr.Mukul Hazarika, presently residing in the UK. He is originally from Nagaon District in Assam. The ‘commander-in-chief’ is Paresh Baruah from the Dibrugarh District of Assam; while the ‘general secretary’ has been identified as Bhaskar Borah aka Rantu Gogoi, from Tinsukia District (Assam). The ‘assistant general secretary/ finance secretary’ is Jiban Moran aka Gunnat Dangori, who is also from Tinsukia District. Drishti Rajkhowa is the ‘commander of eastern command’ and ‘deputy chief of staff’, and is originally from Goalpara District (Assam). The ‘director’ of the ‘general military headquarters’ has been identified as Dwipen Saud aka Ramen Nath.

I don’t have a fair idea about its current strength, but then, strength does not lie in numbers but in lethality. I can say, however, that something which was pervasive all over the State at one point of time is today confined to pockets bordering Arunachal Pradesh and Nagaland.

On January 10, 2017, the then  Assam Additional Director of General of Police (ADGP) L. R. Bishnoi, stated that ULFA-I ‘chief’ Paresh Barua had currently set up base in Ruili, a Chinese town in the Myanmar border, and added,

Chinese intelligences have been helping, directly or indirectly various insurgent groups of the North-eastern region that have their bases and hideouts inside Myanmar. These groups are under increasing influence of the Chinese agencies, and ULFA-I leader Paresh Barua is among those top leaders who have been in regular touch with the Chinese liaison office in Ruili on the China-Myanmar border.

Not surprisingly, on March 1, 2018, the DGP Mukesh Sahay stated that SFs could not afford to drop their guard against ULFA-I which has of late made its presence felt in certain pockets along the Assam Border. Sahay observed,

The issue remains that in certain pockets their activities have increased. They are taking advantage of pockets bordering Arunachal Pradesh, Myanmar and Nagaland. They are down but not out. So we just can't afford to relax. But we are working closely with all our stakeholders in these areas and trying to see that we have a strong counter response to all this.

ULFA-I’s lethality has been depleted over the years, and the organisation is unlikely to engineer a significant resurgence in the foreseeable future. However, the group retains residual capacities to engage in isolated incidents of violence, primarily of a symbolic in nature. Additionally given that ULFA-I’s Headquarters have been moved to further away from the area of its operations, the tempo of violence is unlikely to abruptly increase. The decline in insurgent activities in Assam has also created the environment that allows the state and its agencies to address the complicated challenges facing the state, including the protracted ‘peace processes’ with numerous insurgent formations, as well as illegal migration, governance and economic development.