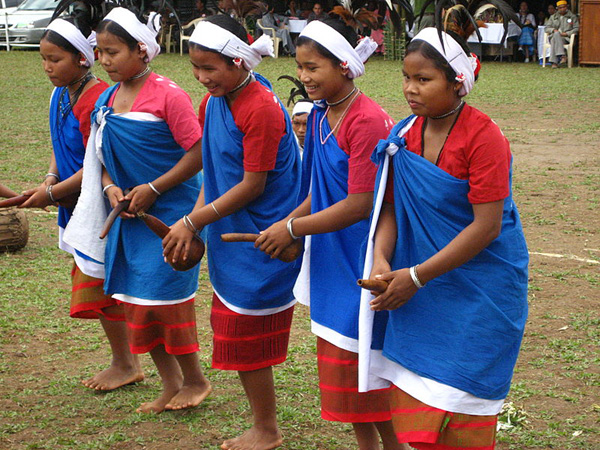 Giriraj Bhattacharjee Research Assistant, Institute for Conflict Management | | 27 Feb 2017, 05:33 pm
#Meghalaya, # Dramatic Gains, # Lingering Dangers
On February 25, 2017, a Police team that included newly constituted Special Force (SF)-10 commandos, in an encounter, killed the 'commander-in-chief' of the now-disbanded United Achik Liberation Army (UALA), Singbirth N. Marak aka Norok. X. Momin, at a hideout located inside a forest near Thapa Matronggre village in North Garo Hills District. Marak, along with other cadres of the UALA had surrendered before the Meghalaya Government on June 9, 2016, and had started living a 'normal life' after the group was disbanded. However, he reportedly escaped to the neighboring State of Assam after Meghalaya Police started looking for him following the arrest of one suspect, along with a cache of arms, on November 12, 2016, and surrender of three other suspects on November 13, 2016.These suspects subsequently disclosed that the arms were meant for the Garo National Liberation Army (GNLA) and they were working under Marak's instructions to provide the weapons to this militant formation.

Earlier, on February 20, 2017, a commando team of the SF-10, killed a GNLA militant, identified as Walamdaria M. Sangma, in an encounter at Riangdim village in the Shallang area of West Khasi Hills District. A group of GNLA militants had gone there to extort 'tax' from coal dealers and exporters before being engaged by the SF-10 commandos.

The lone civilian fatality was recorded on January 19, 2017, when Kerok R. Marak (23) was accidentally killed in cross-fire between GNLA militants and SF-10 commandos in the remote Rongsu Agal area of South Garo Hills District. According to reports, GNLA militants opened fire on a Police team, which had reached the spot after receiving information about a hideout which was 'used by' GNLA 'commander-in-chief' Sohan D. Shira.

These were the only three insurgency-related killing incidents reported from across the State during the first 57 days of the current year (data till February 26, 2017).

Through 2016, according to partial data compiled by the South Asia Terrorism Portal(SATP), Meghalaya recorded 26 fatalities, including 10 civilians and 16 militants as against a total of 61 fatalities, including 19 civilians, eight SF personnel and 34 militants registered in 2015. Thus, overall fatalities registered a steep decline of 57 per cent in 2016 as against 2015. In fact, insurgency related fatalities, which had been continuously rising since 2010, on year on year basis, first declined in 2015 and went down further in 2016. Such fatalities had touched a low of just five (one civilian and four militants) in 2009 peaked at 76 (23 civilians, six SF personnel and 47 militants) in 2014, the highest recorded in the state since 1992.

More importantly, the Security Forces (SFs) managed to further improve the security environment for the civilian population through 2016. Civilian fatalities which had risen to 28 in 2013, the second worst toll in this category recorded in the State since 1992 (there were 29 civilian deaths in 2002) had come down to 23 in 2014 and fell further to 19 in 2015, declining further to 10 in 2016.

Significantly, the improvement in the security environment has been directly linked to the improved success rate against the militants. The SFs achieved a positive kill ratio of 1:4.25 during 2015, and in 2016, they killed 16 militants without losing a single trooper.

The major reason for across-the-board improvements in the security situation has been the sustained counter insurgency (CI) Operation Hill Storm (OHS) launched by SFs on July 11, 2014, and which continued through 2016. The fourth and latest phase, OHS-4, was launched on September 22, 2016, to flush out the last remaining leaders and cadres of GNLA in the five Garo Hills Districts and adjoining West Khasi Hills Districts. The mounting pressure on the GNLA, the most active group, left the outfit with no more than 25 to 30 cadres. 10 GNLA militants were killed, 37 were arrested and 94 surrendered through 2016; in addition to the 13 killed, 56 arrested and 20 surrendered through 2015. Disconcerted by these reverses, GNLA's 'commander-in-chief' Sohan D. Shira formed a squad to target GNLA 'deserters' in an effort to deter further surrenders and retain the remaining fighters. In one such instance on October 16, 2016, GNLA militants killed its former 'finance secretary', Rakkam D. Shira aka Rikchie, at his residence near Williamnagar in East Garo Hills District. Rakkam D. Shira left the Goeragre Rehabilitation Camp (Headquarters of the 2nd Battalion of Meghalaya Police) without informing authorities. Following this incident, Police issued a fresh advisory to surrendered GNLA cadres. Presently, around 120-odd surrendered GNLA cadres are undergoing rehabilitation at two venues, the Goeragre Rehabilitation Camp and the makeshift Police location inside Baljek Airport, both in the West Garo Hills District.

Another positive outcome was the disbanding of the Garo militant group UALA. On June 9, 2016, 68 UALA cadres led by its 'chairman', Novembirth Marak, officially surrendered and to 'rejoin mainstream society'. Novembirth Marak stated, "We were misguided and had led an altogether different life in the jungles. We regret being in the jungles. We have realised that with arms there cannot be any peace in Garo hills. We are happy to join the mainstream. We believe that society will accept us and allow us to live together."

Nevertheless, areas of concern remain. Not surprisingly, on January 26, 2017, Chief Minister (CM) Mukul Sangma observed that, though the overall security situation had "significantly improved in the State" over the preceding 10 months, difficulties persisted: "Some militant groups operating in the area (Garo Hills) have been indulging in various crimes such as extortion, kidnapping and dacoity." Further, Director General of Police (DGP) Swaraj Bir Singh, while affirming that the situation in the Garo Hills Districts "has improved a lot", cautioned that some pockets in South Garo Hills remained problematic, and that the Police would concentrate on these areas to flush out militants.

Despite facing overwhelming reverses, GNLA remains the most potent groups among the multiple armed formations operating in the State. GNLA was responsible for five of the 10 civilian deaths that were attributed to identified militant group (five fatalities remain 'unattributed') in 2016. Similarly, the outfit was confirmed to have been involved in five incidents of abduction-for ransom. During one audacious extortion attempt, two suspected GNLA cadres, identified as Borgen Sangma and Rankhu Momin, were arrested on December 8, 2016, for threatening to kill Superintendent of Police (SP) of South Garo Hills District, Anand Mishra. The duo was sending threat messages to Mishra's personal and official mobile numbers since October 20, 2016, including SMSs demanding INR five million. Sangma and Momin claimed they were the 'foreign secretary in charge' and 'public information officer' of GNLA and that they were keeping an eye on Mishra's movements. The arrested duo had threatened to raid the SP's residence and shoot him.

GNLA's 'top' leadership, including its 'commander-in-chief' Sohan D. Shira remain active. Worryingly, according to a November 27, 2016 report, GNLA sent an envoy to clandestinely procure more arms and ammunition from the dealers in Bangladesh to add to its already significant arsenal. An unnamed source claimed that the GNLA arsenal has "still enough fire power", adding that the arms deposited by surrendered cadres are simply the tip of the iceberg.

Further, media reports suggest that, following the shortage of cadres, GNLA, is attempting to lure minors to join its ranks.

GNLA has long been associated with the Independent faction of United Liberation Front of Asom (ULFA-I) and, on January 25, 2016, announced that it would join the United National Liberation Front of Western South East Asia (UNLFWSEA). UNLFWESEA, created on April 17, 2015, and headed by S.S. Khaplang, 'chairman' of the Khaplang faction of the National Socialist Council of Nagaland (NSCN-K), was formed with the objective of setting up a 'northeast government-in-exile'. Similarly, the Meghalaya based Hynniewtrep National Liberation Council (HNLC) and ULFA-I, are reported to have attempted to form a 'united front'. In a statement to the press, HNLC 'publicity secretary' Sainkupar Nongtraw on May 15, 2016, revealed that the group wanted to blow up the High Court of Meghalaya and the State Secretariat. The plan was foiled as SFs arrested four militants belonging to HNLC and ULFA-I, and seized explosives, on May 13, 2016.

The security situation in Meghalaya has improved considerably, but a decisive end to its multiple insurgencies remains tantalizingly out of reach. As militant organisations across the region attempt to develop synergies for joint action against the State, the urgency of sustaining operational pressures can only grow, despite the tremendous gains of the recent past.