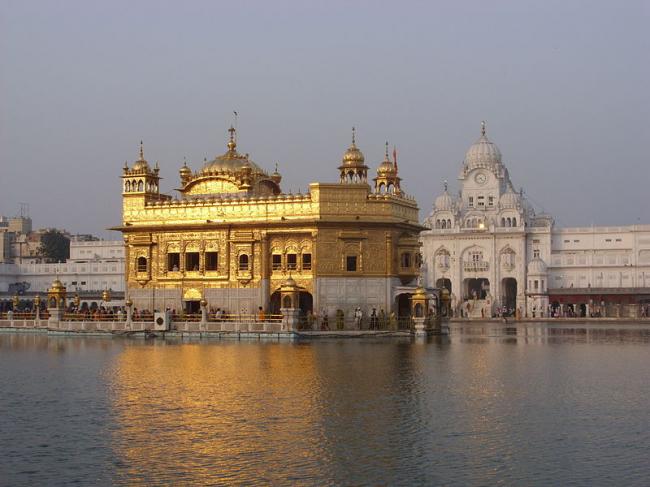 Tushar Ranjan Mohanty Research Associate, Institute for Conflict Management | | 30 Jan 2017, 05:43 pm
#Punjab, # Two-faced on Counterterrorism
The Counter-Terrorism Department (CTD) of the Punjab Police in Pakistan killed the new leader of the sectarian terrorists Lashkar-e-Jhangvi (LeJ), Asif Chotu akaRizwan, along with three associates, during an intelligence-based operation near the Sheikhupura Bypass in the Sheikhupura District of Punjab in the early hours of January 17, 2017. Three other terrorists managed to escape. CTD recovered arms, ammunition and explosive material from the possession of slain terrorists. The killings came 18 months after CTD had shot dead long-time LeJ chief Malik Ishaq in an encounter on July 29, 2015. Asif Chotu had been named in over 100 murder cases and had a bounty of PKR three million on his head. According to a CTD statement, the LeJ leader was hatching a plot to target the Punjab Chief Minister Shahbaz Sharif: "Big chapters of terrorism, target killings have been closed today. These terrorists were merciless killing machines."

Among the dead, besides Asif Chotu, was Shakirullah Jan, the leader of Ahle Sunnat Wal Jamaat (ASWJ) - the front organisation of Sipah-e-Sahaba (SSP) - who was accused of killing noted Shia cleric of Gilgit-Baltistan, Agha Ziauddin Rizvi on January 8, 2005. Over the years, Shakirullah Jan and four others who were convicted in the case repeatedly evaded arrest. A Gilgit Anti-Terrorism Court (ATC) had awarded the death sentence to Shakirullah Jan on August 10, 2015. Another terrorist killed in the January 17 encounter was identified as Noor-ul-Amin, while the fourth has not yet been identified.

Earlier, on January 7, 2017, CTD killed six suspected terrorists during an encounter on Faisalabad Bypass Road in the Faisalabad District of Punjab. According to CTD Sheikhupura sources, CTD Lahore arrested two terrorists identified as Saadullah Khan and Jahanzeb Khan on January 6. They were allegedly involved in the Gulshan Iqbal Park suicide blast in Lahore. The CTD Lahore team was taking the arrested terrorists to Kot Pindi Daas to arrest other terrorists when their accomplices attacked the team and freed Saadullah Khan and Jahanzeb Khan. The incident led to cross firing between the Police party and suspected terrorists as a result of which six terrorists were killed while three others managed to escape. CTD also recovered three motorcycles, Kalashnikovs, pistols, bullets and a huge cache of explosives and hand grenades.

On December 18, 2016, CTD claimed to have killed five terrorists in the Choti Bala area of Dera Ghazi Khan District in Punjab. The suspects opened fire during a CTD raid that was conducted on a tip-off about the presence of terrorists in the area. Five of them were killed while four suspects are said to have fled during the exchange of fire. Two of the suspects killed in the operation were identified as Malik Tehseen and Kamran. Arms and explosive materials were also recovered in the operation.

On December 7, 2016, four militants were killed in an encounter with CTD personnel in the vicinity of the Machike Oil Depot in Sheikhupura District in Punjab. According to details, the CTD team received credible information of 7 or 8 terrorists being present in the vicinity of the Oil Depot, planning to attack sensitive installations. The terrorists killed in the shootout were affiliated to the proscribed LeJ and Tehreek-e-Taliban Pakistan (TTP). Three kilograms of explosives with detonators, two Kalashnikovs, two pistols, ammunition and two motorcycles were recovered from the site of the encounter.

Between December 7, 2016 and January 17, 2017, CTD had eliminated 19 hardcore terrorists in four encounters in Punjab. In the first 17 days of the year 2017 itself, 10 militants were killed in two encounters. Punjab saw its highest fatalities in 2016, as against the preceding six years. According to partial data compiled by the South Asia Terrorism Portal (SATP), Punjab recorded a total of 244 fatalities, including 84 civilians, 21 SF personnel and 139 terrorists in 2016; as against 176 fatalities, including 90 civilians, nine SF personnel and 77 terrorists in 2015. While militant fatalities had increased significantly by 80.51 per cent in 2016 in comparison to the previous year, fatalities in the SF category registered a decline of 57.14 per cent, and civilian fatalities also decreased by 6.66 per cent.

Other parameters of violence also indicate that a widespread threat persists in the Province. The number of major incidents (each involving three or more fatalities) increased by 76.97 per cent in 2016 in comparison to the previous year. Punjab accounted for 27 major incidents of violence resulting in 226 deaths in 2016, as against 21 such incidents, accounting for 142 fatalities in 2015.

There was, however, a considerable decrease in the number of explosion related incidents in 2016. In comparison to 16 blasts resulting in 94 fatalities in 2015, 2016 recorded just two blasts resulting in 76 fatalities. Of these fatalities, 75 persons were killed in just one explosion, the only suicide attack of the year. At least 75 persons were killed and more than 300 injured when a suicide bomb ripped through the parking space in Gulshan-e-Iqbal Park situated near Allama Iqbal Town in the provincial capital, Lahore, when Christians were celebrating Easter. Jamaat-ul-Ahrar (JuA, Group of the Free), a breakaway faction of TTP, claimed responsibility for the attack. Group's spokesman Ehsanullah Ehsan declared, "We claim responsibility for the attack on Christians as they were celebrating Easter."

Punjab has long consolidated as a nursery of terrorism. Media reports in May 2016 quoted a senior counter-terrorism (CT) officer, citing a confidential report titled "Proscribed/Jihadi Organizations", who noted that major banned outfits in the country were still recruiting madrassa students to wage jihad in Afghanistan and Kashmir, and that such non-state actors had become very dangerous for Pakistan as well. In the secret document, consisting of 111 pages, the Counter Terrorism Department (CTD), Punjab, disclosed that 32 proscribed organizations and nine of their splinters groups had become "a nursery of terrorism in Pakistan." Adjacent areas of Bahawalpur, Muridke, Sialkot and some southern Districts of Punjab - long dominated by prominent domestic terror formations such as Lashkar-e-Taiba (LeT) - have now become a breeding ground for these foreign formations.

In a bid to target domestic terrorism and restore a measure of peace after the December 16, 2014, Peshawar school attack, the Punjab Government under the National Action Plan (NAP) tried to reign in the growing menace of terrorism in the Province. Official documents cited in a June 20, 2016, report claimed to have eliminated the entire leadership of Lashkar-e-Jhangvi (LeJ). Over 226 'jet-black terrorists' (a term first used by the then Army Chief General Raheel Sharif to describe hardcore terrorists who have committed violent crimes) had been killed and 1,000 hardcore militants arrested since the beginning of 2016 till June 19, 2016, in combing operations conducted by CTD. 637 hardcore terrorists of LeJ and its splinter groups were arrested. These included 394 close associates of slain LeJ chief Malik Ishaq. Counter-terrorism forces also claimed that they had arrested 352 hardcore terrorists affiliated to the Ludhianvi Group, 24 of Jamaat-ud-Dawa (JuD), 37 of TTP, 67 of Jaish-e-Muhammad (JeM), and 164 affiliated to other proscribed organisations. 1,600 suspects had been placed under the 4th Schedule (on the watch list), and 2,240 Afghan trained boys, 556 returnees from Afghan prisons and 89 Lal Masjid elements were also arrested in the combing operations.

Despite these vaunting figures, the terrorist establishments in the region are far from being wiped out. In its report, 'Pakistan's Jihadist Heartland: Southern Punjab', released on May 30, 2016, the International Crisis Group (ICG) observed, "Continued state sponsorship remains a source of empowerment for groups that fall under the category of "good" jihadists, such as the Jaish, which has networks across the province." ICG confirmed that Jaish-e-Mohammad's (JeM's) infrastructure at Bahawalpur remained intact, including its sprawling headquarters at the Usman-o-Ali Madrassa and other mosques and madrassas across the District. A Federal Minister and Member of Parliament from Bahawalpur, Riaz Husain Pirzada, concurred, "the breeding grounds remain; the [sectarian]madrassas are still being financed." According to local observers, Jaish also continues to run a prominently-located terrorist training cell on a main Bahawalpur road toward Ahmedpur tehsil [revenue unit], which attracts young (often teenaged) recruits from around southern Punjab.

The presence of JeM and LeJ, Pakistan's most radical Deobandi groups, in the Province has long fuelled the atmosphere of sectarian conflict. However, according to a statement on on July 14, 2016, by the Police Chief of the Province, Inspector General (IG) Mushtaq Ahmad Sukhera, a crackdown on mosques which use loudspeakers to blare out incendiary language against minorities has cut down public hate speech in Punjab. Punjab, which has a population of about 100 million, has historically struggled to curb sectarian violence and hate speech by firebrand Sunni Muslim clerics who often refer to minorities as "heretics".

Representatives of minority groups confirmed that mosques in Lahore and other big cities in Punjab had largely stopped using loudspeakers to preach against smaller religious group. Saleemur Rehman, spokesperson for the Ahmadi community which is often targeted, however, observed, "But (that is) only in big cities where Police do strong checks. In smaller towns and rural areas, loudspeakers are still being used for hate speech." Peter Jacob, Director National Commission for Justice and Peace (NCJP), added that hate speech continued on social media and is plastered to rickshaws and public buses, adding, "There is no change in the level of intolerance in the society."

It is the duplicity of the Pakistan and Punjab Governments on the issues of terrorism in general and of sectarian terrorist formations in particular, that has aggravated the situation. High profile officials and ministers continue to openly associate with sectarian terrorist formations, casting serious doubt over the Government's commitment to combat extremism. For instance, photographs featuring Federal Interior Minister Chaudhry Nisar Ali Khan with Maulana Ahmed Ludhianvi, the leader of the banned sectarian terrorist Ahle Sunnat wal Jamaat (ASWJ) have surfaced on social media. When a hue cry was raised, the Minister was unrepentant and, indeed, offered a defence of ASWJ, stating, on January 14, 2017, that the Shia-Sunni conflict dated back 1300 years and was a part of Islamic history, and it was unfair (with regard to terrorism) to "link everything with ASWJ's Chief".

Responding to a question in the Senate regarding his remarks that outlawed sectarian organisations should not be equated with terrorist outfits, Nisar asked whether it was "a crime" to suggest that separate laws should be formed to deal with groups proscribed on sectarian basis to remedy the "confusion being created". Crucially, this is the Federal Interior Minister of the country, who is in charge of the implementation of the National Action Plan against terrorism. Clearly, Pakistan has miles to go before it can arrive at any consistent policy that could free it of terrorism.