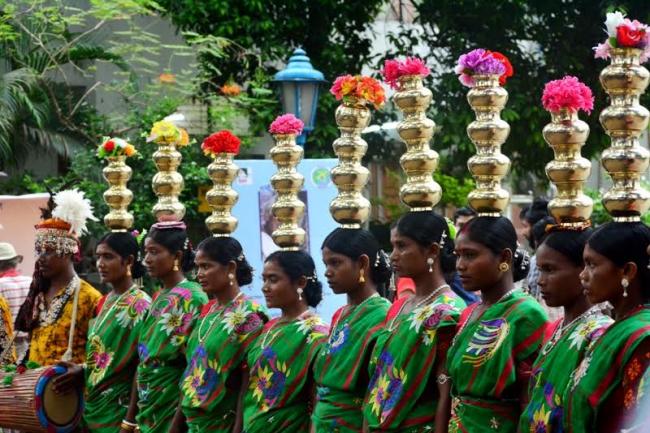 S. Binodkumar Singh Research Associate, Institute for Conflict Management | | 02 Jan 2017, 04:42 pm
#Unrelenting Response
On December 24, 2016, two Jama'atul Mujahideen Bangladesh (JMB) terrorists were killed during an operation, codenamed 'Ripple 24' at Ashkona in the Dakhkhin Khan area of the capital city, Dhaka. Two women, Jebunnahar Shila, wife of ex-army Major Zahid who was killed in a 'gunfight' with law enforcers at Roopnagar in the capital on September 2, 2016; and Trishna, wife of absconding JMB leader Musa, along with two children, surrendered to Police.

On October 8, 2016, a Counter Terrorism and Transnational Crime (CTTC) unit killed seven JMB terrorists who were staying in a two-storey house in the Patartek area in Gazipur District. Police recovered three small arms and locally-made sharp weapons from the site.

On August 27, 2016, three terrorists including Tamim Ahmed Chowdhury, the mastermind of Gulshan attack and his two close aides were killed in a Police raid in JMB den in Paikpara area under Narayanganj District. Police recovered an AK-22 rifle, one pistol, several magazines and four live grenades from the area.

On July 2, 2016, 28 persons including 20 civilians, six terrorists and two Police officers were killed in a hostage crisis at Holey Artisan Bakery, a Spanish restaurant in Dhaka's Gulshan diplomatic zone. A pistol used by the terrorists, a folded butt AK 22 rifle, IEDs, a walkie-talkie set and a large number of locally made sharp weapons were recovered from the spot.

The Awami League (AL)-led Government, which came to power on January 6, 2009, has consolidated its secular commitments through 2016, reining in Islamist extremist groups and targeting the Left Wing Extremist (LWE) movement in the country. According to partial data collected by the South Asia Terrorism Portal(SATP), 74 Islamist terrorists were killed and another 1,227 arrested across Bangladesh in different raids in 2016. Prominent among those killed were the 'national operations commander' of JMB Abdullah aka Noman (35); 'Dhaka regional commander' of JMB Kamal aka Hiran (30); 'military and IT trainer' of Ansarullah Bangla Team (ABT) Shariful aka Arif; Neo-JMB leader and mastermind of Gulshan attack Tamim Ahmed Chowdhury aka Shaykh Abu Ibrahim Al Hanif aka Amir (30); JMB 'military commander' for the northern region Khaled Hasan aka Badar Mama (30); Neo-JMB 'military commander' Murad aka Jahangir Alam aka Omar; and JMB 'regional commander' Tulu Mollah (33). By comparison, 31 Islamist terrorists were killed in 2015 and 22 in 2014.

The War Crimes (WC) Trials, which began on March 25, 2010, have thus far indicted 74 leaders, including 44 from Jamaat-e-Islami (JeI); 12 from the Muslim League (ML); five from Nezam-e-Islami (NeI); four from Bangladesh Nationalist Party (BNP); two each from the Jatiya Party (JP) and Peoples Democratic Party (PDP); four former Razakar members; and one former Al-Badr member. Verdicts have been delivered against 51 accused, including 29 death penalties and 22 life sentences. So far, six of the 29 people who were awarded the death sentence have been hanged. On September 3, 2016, JeI central executive member Mir Quasem Ali (63) was hanged at Kashimpur Central Jail in Gazipur District; on May 11, 2016, JeI Ameer (Chief) Motiur Rahman Nizami (75) was executed at Dhaka Central Jail; on November 22, 2015, JeI Secretary General Ali Ahsan Mohammad Mojaheed (67) and BNP Standing Committee member Salauddin Quader Chowdhury (66) were hanged simultaneously at Dhaka Central Jail; on April 11, 2015, JeI Senior Assistant Secretary General Mohammed Kamaruzzaman (63) was hanged at Dhaka Central Jail; and on December 12, 2013, JeI Assistant Secretary General Abdul Quader Mollah (65), who earned the nickname 'Mirpurer Koshai (Butcher of Mirpur)' was hanged at Dhaka Central Jail. 12 others are absconding and another 11 cases are currently pending with the Appellate Division of the Supreme Court. Meanwhile, out of 22 persons who were awarded life sentences, four persons have already died serving their sentence - former JeI Ameer Ghulam Azam (91), who died on October 23, 2014; former BNP minister Abdul Alim (83), who died on August 30, 2014; former JeI National Assembly member S.M. Yousuf Ali (83), who died on November 17, 2016; and former JeI member Gazi Abdul Mannan (88), who died on December 19, 2016. 11 others are absconding and another seven are lodged in various jails of the country.

Significantly, on September 29, 2016, Parliament unanimously adopted a resolution to confiscate all movable and immovable assets of the convicted killers of the Father of the Nation Sheikh Mujibur Rahman and other war criminals. Further, on December 11, 2016, the Minister of Law Anisul Huq announced that the Government was drafting a law to impound assets of war criminals. Meanwhile, reaffirming her determination to continue the trial of war criminals, Prime Minister Sheikh Hasina Wajed on December 14, 2016, declared, "No one will be able to save them [war criminals]. Whatever the tactics and conspiracy they devise, the trial will go on. I think the time has come the people will have to be vocal. Those who nourished the war criminals, gave them the political rights in the country gave them flag, are the same criminals (sic). They didn't want the country's independence and they also do not like development of the country."

Disturbingly, however, on December 8, 2016, Lieutenant Colonel Anwar Latif Khan, Additional Director General (Operations) of the Rapid Action Battalion (RAB), noted "The terrorist organizations are facing a severe manpower shortage after they lost some high-profile terrorist leaders and trained members during special drives in the previous months. The terrorist outfits want to regain their striking power by hiring new faces, the sources said when they were asked about the recent incidents of going missing by some youths (sic)." Further, on December 19, 2016, Mohamad Shafiqul Islam, Deputy Inspector of General (DIG), Chittagong Range, warned "After the attack on Holey Artisan Bakery in Dhaka, the old JMB, which was the follower of Bangla Bhai (Siddique ul-Islam), has become active again. We are keeping an eye on their activities. Most of the JMB members who carried out bomb blasts in 63 Districts are out of jail. We have launched a hunt for the terrorists who were named in the charge-sheet in the bomb blasts case."

Moreover, there is the threat of increasing radicalization, as significant numbers of youth appear to be attracted to the movements of global jihad. Research conducted by East West University, Dhaka, concluded, on November 21, 2016, that one in every 10 university students in Bangladesh supports terrorism. The study found more than half (51.7 percent) of those students who support terrorism were from well-off families. In terms of age groups, and 54.7 percent of those who share such radical ideas were aged between 18 and 25 years. Similarly, Non-Government Organisation (NGO) Shopner Desh, which conducted a preliminary research project on the impact of militancy, disclosed, on December 20, 2016, that most rural students believe terrorist propaganda. Some 20-25 per cent of Districts in Bangladesh were at risk of terrorist activities and the tendency is significant among students of village and rural level educational institutes, where some 26 per cent of students have received offers to join terrorist activities, the new study revealed. The study also found that 87 per cent of rural students who received such offers think that terrorist activities are justified.

Worried about the increasing number of women taking up the extremist cause, law enforcement agencies disclosed, on December 25, 2016, that several woman terrorists were active in Bangladesh. Most of them were members of JMB, Hizb-ut-Tahrir, and Neo-JMB. Although law enforcement agency members failed to determine the number of women involved in extremist activities, recent operations in different parts of the country exposes the increasing number of women terrorists in these groups. At least 20 women have been arrested on terrorism charges from different areas of the country. According to sources, the terrorist groups pair up a female and a male member, who identify themselves as husband and wife, a pattern spoken of as the 'couple module'.

On July 26, 2016, Prime Minister Sheikh Hasina issued a 19-point directive to the Deputy Commissioners (DCs) across the country to discharge duties more carefully and strictly in maintaining peace, law and order and stability by eliminating militancy, terrorism and communalism, and ensuring that people are not harassed and deprived while receiving government services. Further, on October 8, 2016, Hasina declared, "Our Government has always taken stern action against terrorism and militancy and would continue to curb the twin demons with an iron hand.... There would be no place of terrorism and militancy on Bangladesh's soil." Reaffirming her firm stance against extremism, on December 29, 2016, Hasina noted, "All will have to remain alert, mobilize public opinion and wage a social movement against terrorism and extremism so that no one can choose such wrong path anymore. We want peace and there will be no development without peace. Terrorism and extremism are not the path of Islam. Islam is the path of peace and there's no place for terrorism and extremism in it."

The AL-led Government's achievements on the counter-terrorism and internal security fronts through 2016 have been remarkable. Moreover, the Gulshan café siege have stung the Government and law enforcement agencies to take the issue of extremism even more seriously and to declare an all-out war against terrorism. After the attack, law enforcers conducted pre-emptive strikes at a number of terrorist dens, recovered arms, ammunition and explosives and thus prevented further terror incidents. However, the menace is far from over, as terrorist recruitment continues, and new strategies are devised to launch further attacks, creating a significant threat to development and social stability. Given the sheer depth of radicalization in Bangladesh - cultivated under the patronage of successive Governments and legitimate political parties over decades - this is not a problem that is going to go away anytime soon, despite the exemplary efforts and determination of the Sheikh Hasina regime.