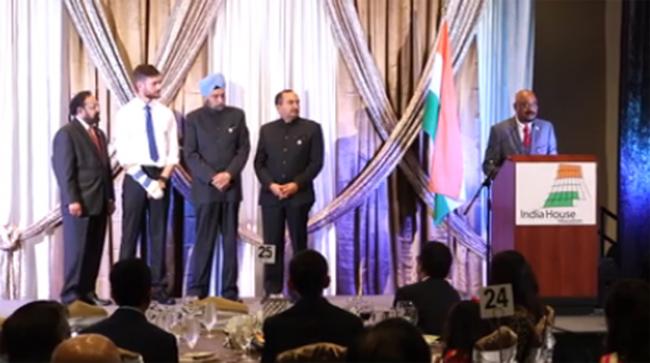 "Ian showed true sense of the American spirit by standing up to the adversity," read a Facebook post by India House Houston.

“It is not every day that one meets a genuine hero — a person who risks his life for another, and takes a bullet for a complete stranger. Ian Grillot is a man who reminds us of the promise of America and its greatness,” said Jiten Agarwal, a prominent Houstonian and Chair of India House Houston’s annual gala.

Ian Grillot was the guest of honor at the annual India House Gala on March 25, 2017 in Houston.

“Ian has given us an occasion to reaffirm a tie that binds us all as Americans, irrespective of where we come from. This also reminds us of the famous Shakespearean quote: For he that sheds his blood for me today is my brother,” Agarwal was quoted as saying by the Facebook post.

“I don’t know if I could’ve lived with myself if I wouldn’t have stopped or attempted to stop the shooter because that would’ve been completely devastating. I do now have a very powerful message and if I can help empower people and spread hope and love, then why not? I am honored to be at India House that serves so many families from so many communities in the Houston area,” Ian said.