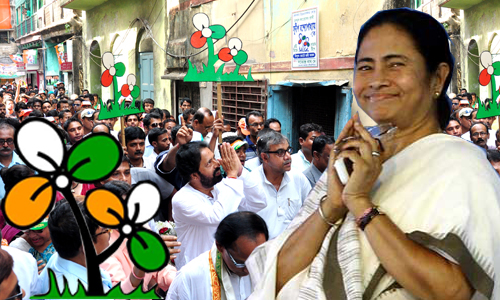 "The Election Commission has taken a decision based on facts. They have heeded to the complaints by various political parties," said Bose addressing media in Kolkata and making an attack on Chief Minister Mamata Banerjee for painting a rosy picture of law and order in the state.

Bose said there is no law and order in the state and many of their party workers were killed in the past years.

"The law has to follow its own course. The word of the chief minister cannot be the law," said Bose, who also rooted for a Third Front in Delhi after polls.

Earlier, the West Bengal government in a standoff with the Election Commission (EC) said that it would not be able to transfer eight state officials during the Lok Sabha elections.

"The shuffle would lead to administrative problems and should hence be reconsidered," state Chief Secretary Sanjay Mitra wrote in his letter to the EC.

The EC had set a deadline till 2.30 pm on Tuesday for the West Bengal government to transfer the state officials as per its order.

She called the Commission's decision is a 'conspiracy'.