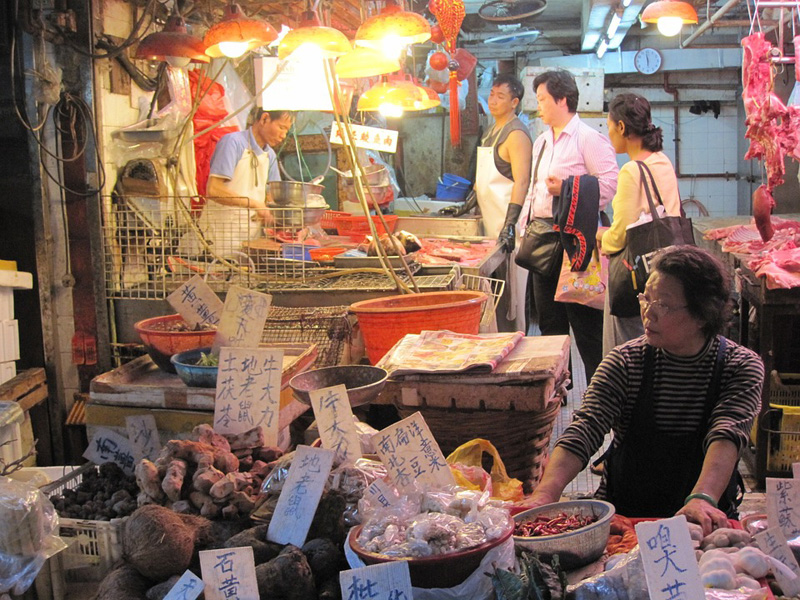 Beijing: China’s exports fell by 0.3% in October 2022 from a year ago in dollar terms, missing analysts’ expectations for a decent increase.

There has been a drop in the value of goods sold to the U.S. and EU. China’s exports to its largest trading partner, the U.S, fell by 12.6% in October, a third-straight month of decline. Exports to the EU were down by 9%.

High inflationary pressure forced the US and Europe to squeeze the money supply in their respective economies.

The U.S. Federal Reserve is resorting to aggressive interest rate hikes ignoring the risks of triggering recessionary trends. As the demand slows down in the West, the pressure is felt in China.

In a recent forecast, Barclays predicted that China’s exports will drop by 2% to 5% in 2023 due to the global recession. The British banking major had cut the 2023 GDP forecast for China from 4.5% to 3.8% in September, owing to the sustained decline of the property sector.

Property contributes nearly one-third of China’s GDP. A Reuters poll forecasted China's growth to slow to 3.2% in 2022, far below the official target of around 5.5%, marking one of the worst performances in four decades. 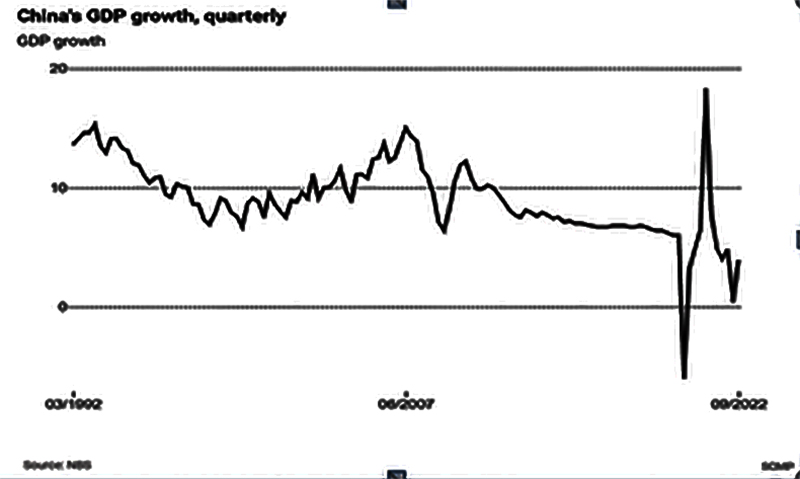 Clearly, the Chinese economy is in the doldrums and that is admitted by none other than the outgoing Vice-Premier Liu He, who was instrumental in shaping Beijing’s economic policies over the past decade. And, that takes us to the second and more important development.

To be fair, it doesn’t require any expert to confirm that the famous Chinese growth story is facing a serious headwind. Xi’s ‘Zero Covid’ restrictions (right now the manufacturing hub of Guangzhou is under lockdown) might have added to the pressure but it's not the sole cause.

A cursory look at the graph above will tell that leaving the covid years of 2020 and 2021, China’s quarterly GDP growth has been witnessing a consistent decline since the global financial meltdown in 2008.

Notably, this is also the period of Xi’s rise to power (2012), Beijing’s belligerent show of strength on both economic and military fronts.

There were a series of territorial disputes with neighbours. From Vietnam and the Philippines in the South China sea to Japan in the East China sea and even Indonesia in the Indian Ocean, everyone accused China of trespassing into their territories and brazen attempts to grab land.

On the southern border, a tiny Nepal meekly surrendered to Chinese land grab attempts but, India resisted at least two attempts by the People’s Liberation Army (PLA) at Dokalam (2018) and Galwan Valley (2020). The second one took place during the pandemic.

Economically, Beijing nearly declared itself a superpower during the period. Outlandish attempts were made to buy out foreign governments, mostly small or disturbed states, and influence their policy-making, through the Belt and Road Initiative.

Though packaged as an economic integration initiative, BRI is an expansionist political move backed by the fat moneybag created out of decades of patronage of the West, particularly the US. 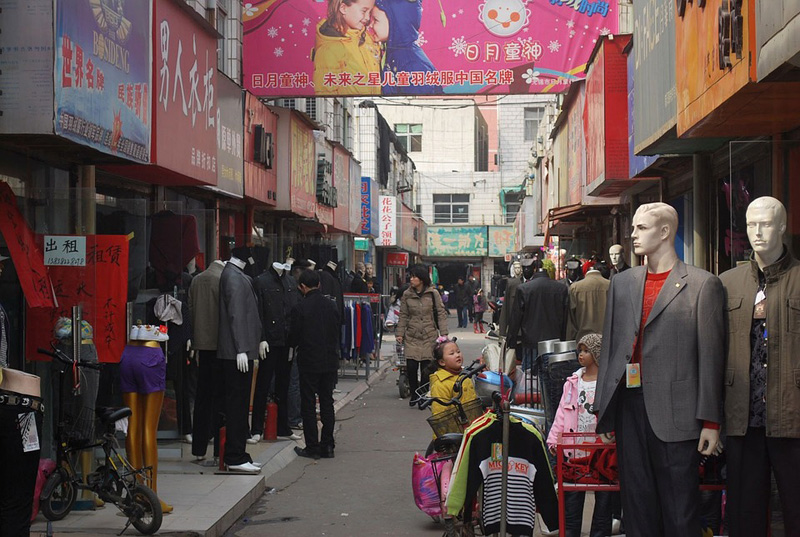 The interlinking of the two economies helped Beijing to influence American policies till the beginning of the last decade when the US finally realized that China was taking advantage of the WTO regime to unfairly corner global trade and manufacturing.

Allegations were rife against China from the early 2000s that it uses its opaque financial, banking and legal system, to pass state subsidies to targeted sectors in violation of the WTO guidelines. Goods were dumped in the marketplace to outprice competitive economies and kill their domestic manufacturing. Between 1978 (when China opened) to 2010, the US lost almost its entire automobile manufacturing industry to China.

India might be the pharmacy of the world but the global Active Pharmaceutical Ingredient (API) – the prime raw material – manufacturing shifted to China. It was a peculiar situation. China held the keys to everyone’s growth.

The pitfalls were visible during the pandemic (and are still visible). The arbitrary lockdowns in China were a prime reason behind the global supply chain disruption and inflation.

The rumblings against China’s trade practices were audible for quite some time.

The Donald Trump administration in the US acted against it by hiking tariff barriers for Chinese goods. China went for retaliatory measures. Beijing thought that it had garnered enough political and economic muscle to defy the world order. But that didn’t happen.

First, India upped the ante against China after the Galwan clash. Beijing almost lost the huge telecom market in that country. Australia too took a strong exception after facing the wrath of the Chinese during the pandemic. Poor countries, indebted to China, became poorer during the pandemic. Some went burst. Social unrest forced them to take a relook at the BRI terms thereby blocking China’s easy export (including export of labour) options.

Meanwhile, the supply chain disruption and unrelenting muscle flexing by Beijing forced all major economies to reconsider their China strategy. Major consuming economies were keen to diversify the sourcing destinations.

South Korea and Japan which were major investors in China were keen to relocate. Taiwan wanted to de-risk itself from rising threats from China by shifting part of the production bases to safer destinations. India is gaining significantly from these trends. From Samsung of South Korea to Foxconn (supplier to Apple) of Taiwan all are investing in India as their global production base. 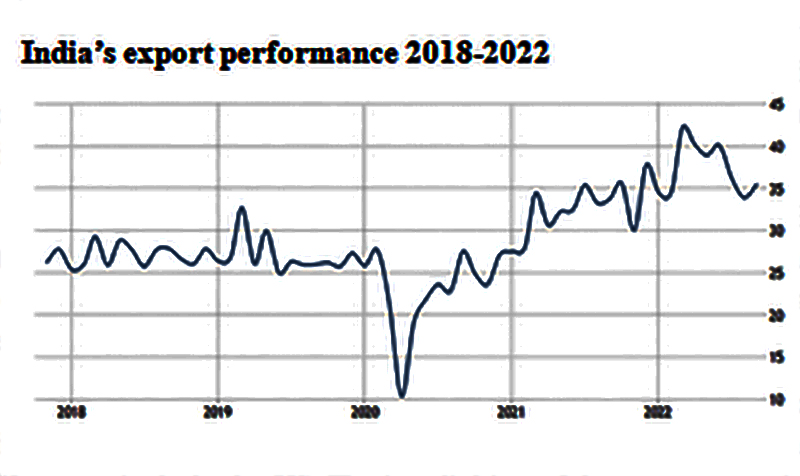 The results are visible in India’s export performance. While global trade remains depressed and is expected to rise by a mere 1% this year, India’s total exports in April-September 2022 period is up by 21% to $382 billion. Goods exports are up by 17% and services by 28%. The Indian government is confident that goods export to increase by 10-12% this year.

Unlike China’s declining growth, India maintained steady growth over the last decade. A look at the quarterly GDP growth data will tell, India is now firing from all cylinders. Notably, domestic demand is playing a crucial role in pushing India’s growth numbers. 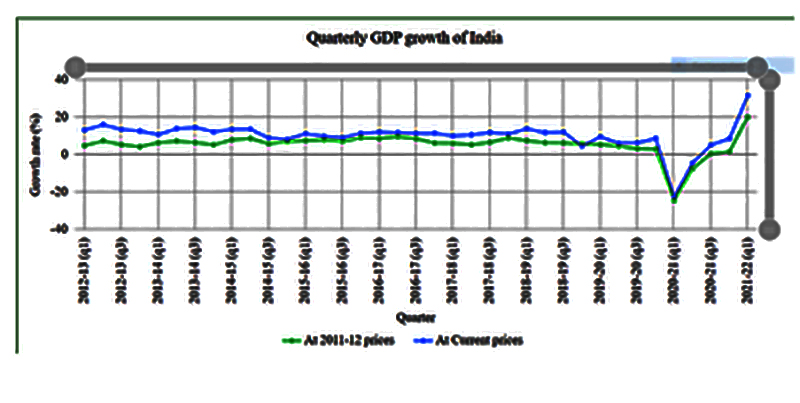 The chain of events forced Chinese Vice-Premier Liu He to take a relook at China’s growth strategies. As the export-led growth model is facing increasing vulnerability, domestic demand could have rescued the Chinese economy. Beijing tried to push domestic demand but the effort didn’t yield desired results as yet. As in 2022, massive spending on infrastructure – up 8.6 per cent, year on year, in the first nine months – failed to turn around the lacklustre industrial growth scenario.

It means, there is no escape from export-led growth either in the immediate run. That's possible if China gives up its belligerence and adheres to global norms. That’s exactly the prescription of Liu He. “The vice-premier insisted that China must adhere to a high level of opening, deeply participate in the global industrial division, and “interact actively” with the outside world,” SCMP reported.

Obviously, the sermon was given in conformity with the party line. But the message was clear: China is getting isolated and that’s risky. “We should aim for international high-standard economic and trade rules, and creates a market-oriented, law-based and international business environment,” Liu was quoted saying by the newspaper.