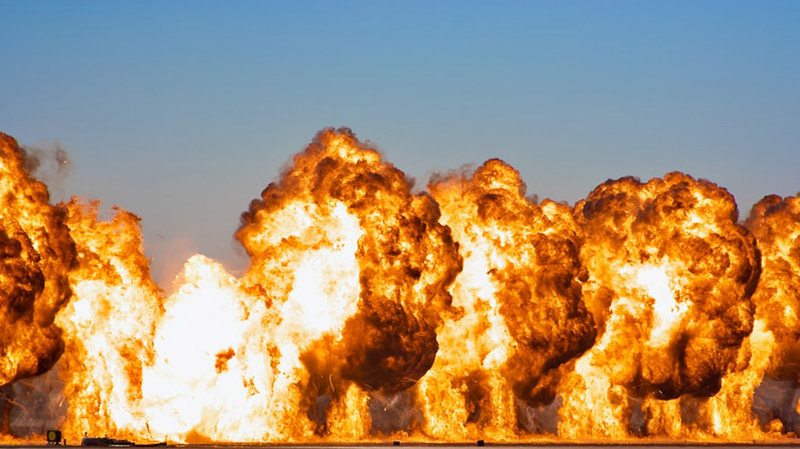 On May 30, 2022, two soldiers and as many children sustained injuries when a suicide bomber struck a vehicle of the Security Forces (SFs) parked at a checkpost in the Dosali area of the Razmak subdivision in the North Waziristan District of Khyber Pakhtunkhwa (KP).

Officials said that the vehicle was parked near a checkpost in the Dosali area when the suicide bomber riding a motorcycle rammed his two-wheeler into it. As a result, two soldiers and two children playing nearby were injured. No one claimed responsibility for the attack.

On May 15, 2022, three Pakistan Army soldiers and as many children were killed after a suicide blast occurred near Miranshah in North Waziristan District. No one claimed responsibility for the attack.

On April 26, 2022, at least five persons, including three Chinese nationals, their Pakistani driver and a security guard, were killed when a women suicide bomber blew herself up near a van transporting Chinese nationals from the Karachi University Hostel to the Confucius Institute in Karachi, the provincial capital of Sindh. The Baloch Liberation Army (BLA) claimed responsibility for the attack.

On March 8, 2022, a suicide attack at the Jail Road of Sibbi town (Sibbi District) killed seven SF personnel and injured 28. The explosion occurred as President Arif Alvi was in the city, which was holding the Sibbi Mela, a popular annual festival.

The bomber blew himself up at Jail Road 15 minutes after President Alvi‘s motorcade had passed. Islamic State-Khorasan Province (IS-KP) claimed responsibility for the suicide attack.

On March 4, 2022, at least 63 worshippers lost their lives and 190 were injured when a suicide attacker blew himself up himself inside a Shia Mosque in the Koocha Risaldar area of Peshawar, the provincial capital of KP. IS-KP claimed responsibility for the suicide attack.

According to partial data compiled by the South Asia Terrorism Portal (SATP), Pakistan has already recorded five suicide attacks in the current year resulting in 86 fatalities and 226 persons injured (data till June 3, 2022).

Though there was no such attack during the corresponding period of 2021, the entire year recorded four such attacks, resulting in 25 deaths and 27 injured. The first of these three incidents was reported after July 14, 2021.

Clearly, incidents of suicide attacks which had been declining steadily since 2014, with the exception of 2017, have already seen a reversal of the downward trend in the current year. Moreover, the lethality of the attacks has increased manifold, with an average of 17.2 persons killed per attack in the current year, as compared to 6.25 in 2021, 10 in 2020, and 9.5 in 2019. This is the highest average figure since 2010, when there were 1,220 fatalities in 69 attacks, i.e., 17.68 deaths per attack.

Indeed, as feared, in a significant setback to the Pakistani establishment, the overall security situation in the country has deteriorated since the Afghan Taliban gained control in Afghanistan on August 15, 2021.

During the corresponding period preceding (August 14, 2021 and October 24, 2020), the number of incidents of killing and fatalities were 196 and 480, respectively. Similarly, suicide attacks and resultant fatalities in Pakistan have spiked since the Taliban takeover.

From August 15, 2021, to June 5, 2022, there were eight suicide attacks, and 98 persons killed. During the corresponding period preceding, only one suicide attack was reported, in which 13 persons were killed.

An environment that encourages suicide attackers has been established in Taliban ruled Afghanistan, and is, indeed, out in the open. On October 18, 2021, the Taliban's Acting Interior Minister, Sirajuddin Haqqani, the leader of the Haqqani Network and listed as a terrorist by the United States with a USD 10 million bounty on his head, hosted a ceremony in Kabul to honour suicide cadres. Interior Ministry spokesman Qari Saeed Khosty tweeted, on October 19,

The advent of the Islamic system is the result of the blood of our martyrs…Sirajuddin Haqqani… met the family members of martyred Fidayeen (suicide cadres) at the Intercontinental Hotel in Kabul. In his speech, the Interior Minister praised the jihad & sacrifices of Mujahideen & martyrs. He called them heroes of Islam & the country… told everyone about the memories of the martyred, their piety & deeds. He called them heroes of the believing nation… Haqqani added: "Now you & I must refrain from betraying the aspirations of our martyrs. At the end of the meeting, he distributed 10,000 AFN [Afghan afghani, national currency] & clothes to the families of the martyred Fidayeen & promised a plot for each (martyr's) family.

Further, on February 23, boasting about the “historic number” of suicide attacks that the Haqqani Network had successfully carried out, Sirajuddin Haqqani claimed that 1,050 people under his command had sacrificed their lives in executing such attacks.

Indeed, a senior Police official in Pakistan, under conditions of anonymity, in the aftermath of the March 4 Koocha Risaldar Shia Mosque attack, observed, on March 9, 2022, that the IS-KP suicide bomber was an Afghan exile who had moved to Pakistan with his family decades earlier, and returned home to train for the attack, and noted, "the bomber went to Afghanistan, trained there and returned without informing his family."

Further, in the aftermath of the September 5, 2021, suicide attack by the TTP near a Frontier Corps (FC) checkpost on Mastung Road in Quetta, Balochistan, in which four FC personnel were killed and 20 sustained injuries, the Pakistan Government claimed on September 6, 2021, that the suicide bomber had come from Afghanistan. The statement also asserted that the attacker involved in the suicide blast in Gwadar, Balochistan, on August 20, 2021, which resulted in four deaths, had come from Afghanistan.

Notably, the Fourteenth Report of the Secretary-General on the threat posed by Islamic State to international peace and security and the range of United Nations efforts in support of Member States in countering the threat released on January 8, 2022, observed that “terrorist groups enjoy greater freedom in Afghanistan than at any time in recent history.” The report indicated that IS-KP had a strength of nearly 4,000.

Reports also suggest that Baloch insurgents who had fled into Afghanistan to escape the Pakistan SF crackdown against them since 2006 and had enjoyed support of Kabul since then, are again finding it safe to operate, after initially facing the ire of the Taliban after its return to power. Initially, the Taliban had allowed Pakistani Forces to carry out targeted operations against Bloch insurgents inside the Afghan territory.  However, as tension between Islamabad and Kabul increased, it is quite unlikely at this juncture that Islamabad would be able to influence Kabul to oust the Baloch insurgents. In any event, the Taliban regime is facing multiple challenges at present, and lacks the capacity to carry out any operations against militant formation in far-flung areas.

Indeed, after the February 2, 2022, simultaneous attacks by BLA cadres on the Panjgur and Nuskhi Army camps in Balochistan, which resulted in 19 fatalities (15 terrorists and four SF personnel), the then Federal Interior Minister Sheikh Rashid, citing intelligence reports, stated, on February 3,

Baloch militants are not capable of launching major attacks in Nuskhi and Panjgur. TTP has the capability, experience and latest NATO weapons to launch such attacks. There's some understanding between the TTP and Baloch militants. They have their hideouts in Afghanistan.

Speculation on the TTP-Baloch militant alliance deepened when TTP ‘spokesperson’ Mohammad Khurasani congratulated the Baloch insurgent groups for their attack on Nuskhi and Panjgur, declaring, “The Pakistani army is carrying out the massacre in Balochistan. We are against the massacre of Balochistan as well as in Waziristan by the Pakistani army. Our enemy is common." Reports indicate that TTP has provided bases to the Baloch rebels in the Bermal District of Afghanistan's Paktika Province, which is adjacent to Pakistan's South Waziristan District, TTP's stronghold. Meanwhile, reports have emerged that the Taliban has started taking steps to shift terrorist groups, including TTP, away from Pakistan-Afghanistan border, to other parts of Afghanistan, after Pakistan’s airstrikes on April 16, 2022, which killed 47 Afghans.

All these groups, responsible for the recent surge in suicide attacks in Pakistan, are taking advantage of the present situation in Afghanistan. There is, consequent, a strong likelihood of an escalation in such attacks in the days to come, even as the overall security situation in Pakistan deteriorates further.