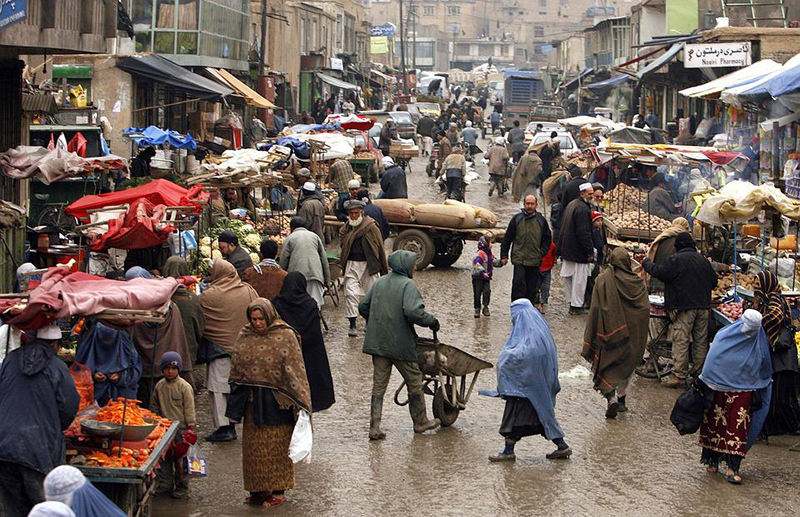 On May 5, unidentified gunmen killed two former Afghan National Army soldiers, a father and his son, in the Dehrawood District of Urozgan Province.

On May 1, 2022, Taliban fighters killed a former ‘commander’ of the National Security Directorate (NDS), Mohammad Asif Sultani, in the Pul-e-Rangina area in Police District (PD) 6 of Herat city, Herat Province.

April 17, 2022, Taliban fighters handed over the dead body of an ex-officer of the erstwhile Afghanistan Republic, Qasim Qaim Andarabi, to his family after his month-long detention at an unidentified location. Qaim was arrested from Kabul sometime in March 2022, after he joined the Ministry of Interior under the Taliban, on the promise of amnesty. However, after his arrest, he was tortured to death in custody.

On March 30, 2022, the dead body of a former member of the erstwhile Afghan Republic Security Forces, Hassan Qanuni, was recovered in the Injil District of Herat Province.

On March 27, 2022, Taliban fighters killed a former commander of the Public Uprising Force (PUF), Malik, in Taloqan city, the provincial capital of Takhar.

On March 11, 2022, the Taliban abducted a former soldier, Yar Mohammad, in Sokhta village of Ferozkoh, the provincial capital of Ghor. His dead body was recovered in Dara-e-Qazi village on March 13.

According to partial data collected by South Asia Terrorism Portal (SATP) based on news reports, at least 32 former Security Force (SF) personnel/Government officials/Public Uprising Forces (PUF) associated with the Afghan Republic have been killed since August 15, 2021 (Data till May 8, 2022). Most of the reported killings were unattributed. On August 15, 2021, the Taliban entered Kabul and completed its forcible takeover after the collapse of the Ashraf Ghani-led regime.

However, these numbers are seemingly the tip of the iceberg. A detailed seven months-long investigation by the New York Times, published on April 14, 2022, found that around 490 former Government officials or soldiers had either been killed or had been missing since the Taliban takeover on August 15, 2021. The report confirmed the killings of 86 such individuals in Baghlan Province alone, the location of many former Afghan Special Forces. 114 such individuals were missing in Kandahar Province.

Earlier, according to a January 30, 2022 report, the United Nations (UN) Secretary-General Antonio Guterres noted that the UN had received “credible allegations” that more than 100 former members of the Afghan Government, its security forces, and those who worked with international troops, had been killed since the Taliban took over the country on August 15, 2021. Guterres claimed that “more than two-thirds” of the victims were allegedly the result of extrajudicial killings by the Taliban or its affiliates, despite the Taliban’s announcement of ‘general amnesties.’

Indeed, the Taliban has, on several occasions, announced and reiterated the ‘general amnesty.’

On May 4, 2022, an Islamic Emirate of Afghanistan (IEA) member and a member of the Haqqani Network,Anas Haqqani, called on the IEA forces to respect the general amnesty which was announced by the Emir (supreme leader) of the IEA, Mawlawi Hibatullah Akhundzada. Anas Haqqani urged, “We should not disobey our (seniors) due to hatred, anger, and personal wishes. We shouldn’t break our Islamic system and undermine it and defame the name of the Islamic system.”

On January 12, 2022, the Interior Minister of the Taliban’s acting Government, Sirajuddin Haqqani, ordered SFs to “Provide security and a safe environment for Kabul residents, foreign diplomats, charity foundations, businessmen, and senior officials of the ex-regime.”

On December 29, 2021, Taliban Emir Haibatullah Akhundzada issued an 18-point decree with the first point being a call to respect general amnesty to previous Government members.

On September 21, 2021, the Taliban’s acting Defence Minister, Mullah Mohammad Yaqoob, in an audio message, ordered all forces to respect the general amnesty that was announced by the leadership following the takeover of Kabul. Yaqoob also asserted that no one was allowed to take revenge against anyone in Afghanistan following the amnesty announcement.

On August 17, 2021, the Taliban’s Deputy Minister of Information and Culture and spokesperson Zabihullah Mujahid announced that the Taliban had offered full amnesty to Afghans who worked for the U.S. and the Western-backed Government, saying “nobody will go to their doors to ask why they helped.”

The continued killings show that either the rank and file are not fully under the command and control of authorities, or the declaration of amnesty was only intended to shape the international media perception of the Taliban as a reformed group.

Significantly, the Taliban-led offensive since the US war on terror has been devastating for the Afghan Forces. In its last phase, according to Afghanistan’s former Army Chief of Staff, General Yasin Zia, lasting from July 1, 2021, to August 15, 2021, 4,000 SF personnel were killed and another 1,000 went missing. According to Zia, around 92,000 SF personnel had been killed since 2001.

Fear and insecurity among former officials who have remained in Afghanistan is likely to be exploited by various quarters, including terrorist and armed opposition groups, to further their goals.

According to the Special Inspector General for Afghanistan Reconstruction (SIGAR) quarterly report released on April 30, 2022, based on the Defense Intelligence Agency's (DIA's) account,

An October 31, 2021, report in Wall Street Journal claimed that many former Afghan Special Forces had joined the Islamic State-Khorasan Province (IS-KP). The report said, “Some former members of Afghanistan’s US-trained intelligence service and elite military units-now abandoned by their American patrons and hunted by the Taliban – have enlisted in the only force currently challenging the country’s new rulers: Islamic State.”

On the reports of ex-soldiers joining IS-KP, former head of the National Directorate of Security, Rahmatullah Nabil told Wall Street Journal, “In some areas, ISIS[IS-KP] has become very attractive” to former members of Afghan security and defense forces “who have been left behind… If there were a resistance, they would have joined the resistance.” NDS was Afghanistan’s intelligence agency under the Republic.

Meanwhile, Afghan National Army (ANA) Lieutenant General Sami Sadat stated on April 30, 2022, that he would "do anything and everything in our powers to make sure Afghanistan is freed from the Taliban and a democratic system is re-established/” Further, General Sadat announced, "Until we get our freedom until we get our free will, we will continue to fight… Unfortunately, every day you wake up the Taliban have had something new to do – torturing people, killing, disappearances, food shortages, child malnutrition." He mentioned that operations could begin after he returned to Afghanistan in May 2022 after the Eid festival.

Apart from physical insecurity, the economic meltdown since the Taliban takeover has generated widespread despair. According to the SIGAR quarterly report of April 30, 2022, the ‘Humanitarian Crisis Update’ quotes the State Department’s Humanitarian Information Unit’s claim, “since the Taliban takeover in August 2021, humanitarian conditions have deteriorated with over 24.4 million people in need of humanitarian assistance in Afghanistan – an increase from 18.4 million in 2021. An estimated 22.8 million people need emergency food assistance – more than doubling the March-May 2021 projections. The number of internally displaced persons (IDPs) increased from 670,000 in early August 2021 to 710,000 by the end of the year.” These conditions may also push some of the suffering Afghans to the other side, as evidenced in several instances of recruitment to the IS-KP, based on monetary gain.

Recently, on May 3, 2022, Ali Maisam Nazary, the head of foreign relations for the NRF, told Fox News,

In the first month of resistance, we were fighting a conventional war in Panjshir province and Andarab Valley, but because of limitation of resources we had to change tactics, so we adopted a strategy we used in the 1980s of unconventional warfare. For the past seven months, we have been fighting this unconventional fight in Panjshir and surrounding provinces.

Nazary claimed, further, that fighting had intensified in recent months and the NRF had expanded its presence from two to 12 provinces in Afghanistan. Notably, several other groups, including the Afghan Liberation Front, Afghanistan Freedom Front, Afghanistan Islamic National & Liberation Movement, Soldiers of Hazaristan, Freedom and Democracy Front, and ‘Noor Guerrillas,’ claimed attacks in the country.

The Afghan conundrum is becoming murkier, with fear and insecurity ruling over the people. The severe economic crisis and ill-treatment of former officials by the Taliban, as well as the lack of inclusive governance can only strengthen the resistance against Taliban rule, which has already been undermined by the violence unleashed by the ISKP.