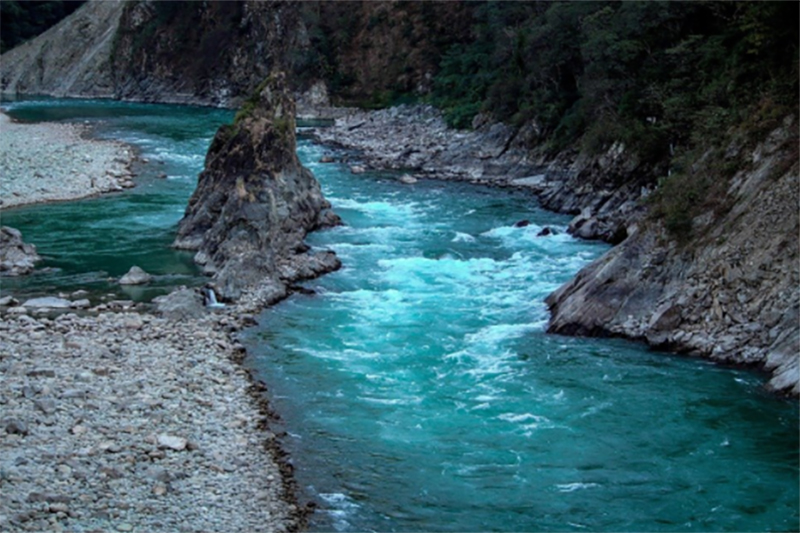 On March 20, 2022, two militants of the Isak Muivah faction of the National Socialist Council of Nagaland (NSCN-IM) were killed and another one was injured in an encounter with the Security Forces (SFs) at Old Kolagaon area near Khonsa in the Tirap District. Following the gunfight, one militant was arrested and arms and ammunition, including one AK 56 rifle with a magazine, one Carbine, one Pistol, a large stockpile of ammunition and other materials were recovered from the site.

Reacting to the incident, on March 22, 'ministry of information & publicity' of NSCN-IM declared,

NSCN [NSCN-IM] has had enough at the hands of the Assam Rifles, and it is now time to say enough is enough. Deliberately gunning down two of its cadres despite knowing that they were not NSCN-K-YA [Yung Aung faction of National Socialist Council of Nagaland-Khaplang] members was something we cannot forbear any longer.

However, a day later, on March 23, NSCN-IM issued a corrigendum rectifying its claim,

It is hereby rectified that the two men shot dead by the Indian security forces at Kolagaon in Tirap district, Arunachal Pradesh, on the 20th March, 2022 are Corporal Khunnyak Bangsia of NSCN and a civilian Mr. Raato Kakho of Kolagaon and not as rendered in the previous Press Statement dated the 22nd March, 2022, which stated that two (2) NSCN members were killed. One was an NSCN member and the other one was a civilian.

This corrigendum followed the locals claims that Ratto Kakho, one of the persons killed, and Pakngam Lowang, the injured person, were civilians and had no association with NSCN-IM.

The locals held protests to condemn the use of civilians as human shields by the NSCN groups and demanded the ouster of all NSCN groups from the Tirap, Changlang and Longding (TCL) region.

Responding to the claims that Kakho and Lowang were civilians, Col. A. K. Das, Commanding Officer, 6 Assam Rifles, asserted, on March 21, 2022,

If they were civilians, then why were they moving with the armed group in the middle of the jungle? Normally, the ones who help the insurgents are considered as overground workers. We shall, however, wait for the inquiry report before making any comments.

Further, giving an update on the incident on April 1, 2022, Assam Rifles stated that one civilian identified as Pakngam Lowang was injured as he was being used as a human shield by the insurgents.

This is the lone terrorism-linked fatal incident reported from the State in the current year, so far (data till April 3, 2022). During the corresponding period of 2022, there was one incident resulting in two fatalities (both militants). Through 2021, the state recorded eight fatalities (seven militants and one trooper) as against 10 fatalities [one civilian, two Security Force (SF) personnel and seven militants] recorded in 2020. There were 17 fatalities (11 civilians, three SF personnel and three militants) in 2019, the second highest in a year since March 6, 2000, when South Asia Terrorism Portal (SATP) started compiling data on insurgencies in the northeast, with the highest of 41 fatalities (all militants) recorded in 2011.

Significantly, civilian fatalities, an important index of the prevailing security situation in any specific region, which were the highest at 11 in 2019, came down to none in 2021. The last such killing was reported on May 16, 2020, when a civilian was killed in cross-fire during a clash between the Army and NSCN-IM militants at Pumao village in Longding District. The firing erupted when SFs launched an operation after getting information regarding the militants’ presence in the area. The militants, however, managed to escape. The last civilian killing in a militant attack was reported on May 21, 2019, when 11 people, including Member of State Legislative Assembly (MLA) Tirong Aboh, his son Longgem Aboh, and two of his Personal Security Officers (PSOs), were killed in an ambush by NSCN-IM militants at the 12th mile on the Khonsa-Deomali road in Tirap District. Tirong Aboh was a vocal opponent of NSCN-IM.

SF dominance has also led to improvements in other security parameters. Only one incident of civilian abduction was reported in 2021, as compared to three such incidents in 2020. However, two incidents of abduction have already been reported in the current year.

Unsurprisingly, on October 1, 2021, the Union Government extended the disturbed area status in these three Districts for another six months. The notification read,

Tirap, Changlang and Longding districts in Arunachal Pradesh and the areas falling within the jurisdiction of Namsai and Mahadevpur police stations in Namsai district of Arunachal Pradesh, bordering the state of Assam, are declared as ''disturbed area'' under Section 3 of the Armed Forces (Special Powers) Act, 1958, from 01.10.2021 to 31.03.2022 unless withdrawn earlier.

Earlier, in its notification of April 1, 2021, in addition to these areas, the Government had declared another two Police Stations – Roing in Lower Dibang Valley District and Sunpura in Lohit District – as 'disturbed areas.'

Aurnachal Pradesh continues to be used as transit route by the militants operating in other States. More recently, on March 12, 2022, three children sustained injuries in a grenade blast at Chinghan village in Tirap District. The incident occurred when the children were reportedly playing with the grenade, which was wrapped in a polythene bag, mistaking it for a toy. According to Assam Rifles, the grenade may have been dropped by militants while they were passing by the village, which is an established transit route. On March 6, 2022, following information that a group of 12-15 NSCN-IM militants had sneaked into Tirap District from Nagaland, the SFs had launched an operation to flush them out. The militants, however, managed to escape and the grenade is suspected to have dropped by this group while fleeing.

The strife between the Chakmas, who are predominantly settled in the Subansiri, Lohit and Tirap Districts of Arunachal Pradesh since the 1960’s, after migrating from the Chittagong Hill Tracts (CHT) in erstwhile East Pakistan (present day Bangladesh), and the Mishmi, one of the major indigenous tribes of the State, continues to trigger incidents. On June 16, 2021, tensions arose in Kathan village in the Wakro circle of Lohit District, when hundreds of Chakma settlers came to the village and allegedly resorted to ‘blank firing’ to threaten the local residents. According to sources, Chakmas with machetes and locally-made guns called khanwa, came into the village and started pelting stones to protest against the desecration of a Buddha Temple established in the area. However, the local villagers claimed that the Chakma settlers had encroached on Mishmi land and secretly built the temple on it. The Chakmas claimed that the area came under the designated Chakma villages of Boddisatta-I, II and III. The claim of residents of Kathan has also been supported by the Lohit District Police, who stated that, according to a traditional boundary settlement between the Mishmi and the Singpho communities on April 6, 2021, the mentioned area fell under Mishmi community land. Following the incident, the All-Arunachal Pradesh Student’s Union and All Mishmi Students’ Union questioned the State Government’s stand on the ‘rampant encroachment’ by Chakmas on Mishmi land. The tension, meanwhile, was diffused following Police intervention.

On January 24, 2022, the National Human Rights Commission (NHRC) sought from the Union Ministry for Home Affairs (UMHA) and the State Government, within six weeks, an action taken report on authorities carrying out an alleged ‘act of racial profiling’ of the Chakma-Hajong communities residing in the State, and a resultant ‘plan’ to relocate them to other states. NHRC further directed the secretary of the UMHA, and the chief secretary of the State Government to “ensure that human rights of the Chakmas-Hajongs are protected all the way.” Significantly, in his Independence Day speech August 15, 2021, Chief Minister Prema Khandu had declared that all Chakma-Hajongs would be shifted out of the State for their “rehabilitation with dignity.”

Arunachal Pradesh, popularly known as the 'Land of Dawn-lit-Mountains', assumes a particularly critical importance due to its geo-strategic location, bordering three countries, Bhutan, China and Myanmar. Though insurgency related fatalities have declined significantly, the State continues to face persisting threats from the spill-over of the other insurgencies in the Northeast and the militant sanctuaries in neighbouring Myanmar. Sustained counter insurgency operations against Assam and Nagaland-based militants in TCL areas are needed to end the problem, along with efforts to fast-forward long-neglected developmental projects.