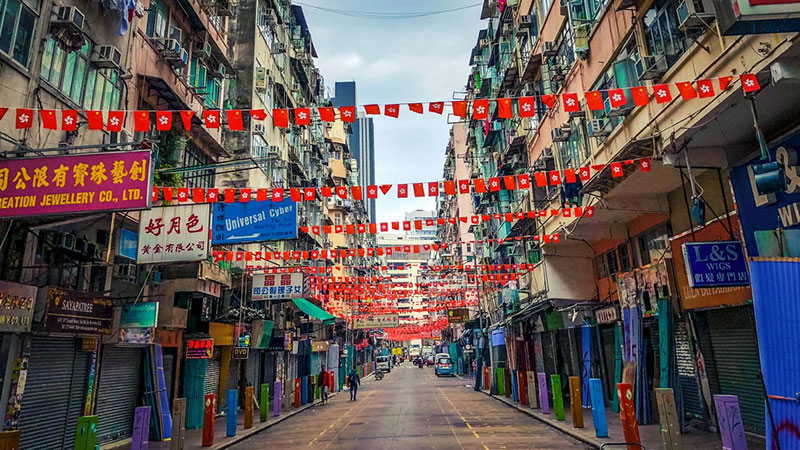 The state of freedom of speech in Hong Kong

Stand News in Hong Kong became the latest casualty of the new Security Law in Hong Kong. Stand News’ headquarters was raided by the National Security Policy; their computers were seized and assets frozen.

Seven people were arrested, on the charge of conspiracy to publish seditious materials, out of which five have been released on bail.

Following the raid, Stand News has ceased all its operations. Stand News was founded in December, 2014 and was a not-for-profit online news portal.

It focused mainly on political issues and took a pro-democracy position in Hong Kong.

It had extensively covered the 2019 pro-democracy protests in Hong Kong. Stand News was ranked as the most credible online news media in 2019. 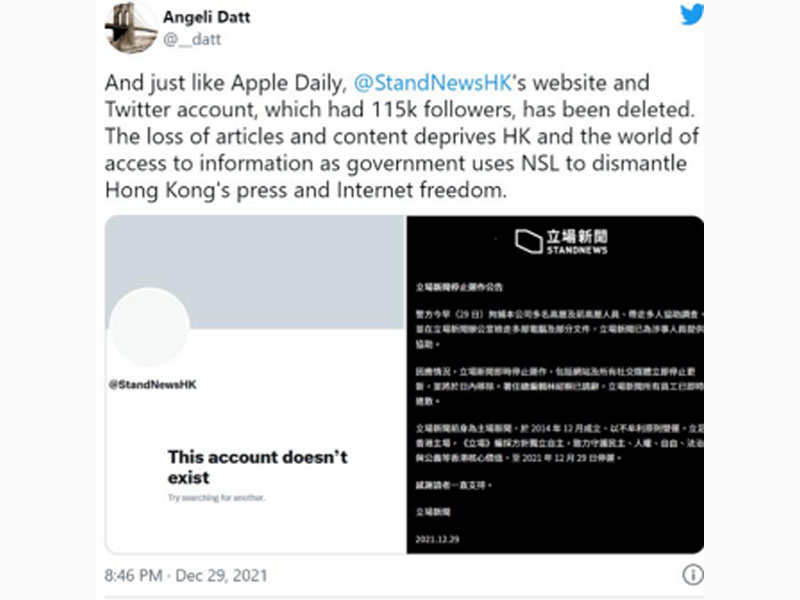 Denise Ho, a Cantonese pop star and the former director Stand News, was also arrested. She was the first globally renowned star to be arrested under the Security Law.

The police seized her passport and other identification papers, computers and phones from her residence. She has been released on bail. Being a Canadian citizen, Denise Ho’s detention may cause some friction between China and Canada.

Earlier, two Canadian citizen were detained by Chinese authorities for over 1,000 hours.

Stand News was the media outlet of Cantonese Citizen News, one of the few remaining independent news agencies in Hong Kong.

Similar tactics were also used against Apple Daily in 2020-21, a newspaper publishing both print and digital editions in Traditional Chinese. Apple Daily also had a pro-democracy stand and was one of the best-selling papers in Chinese language in Hong Kong. 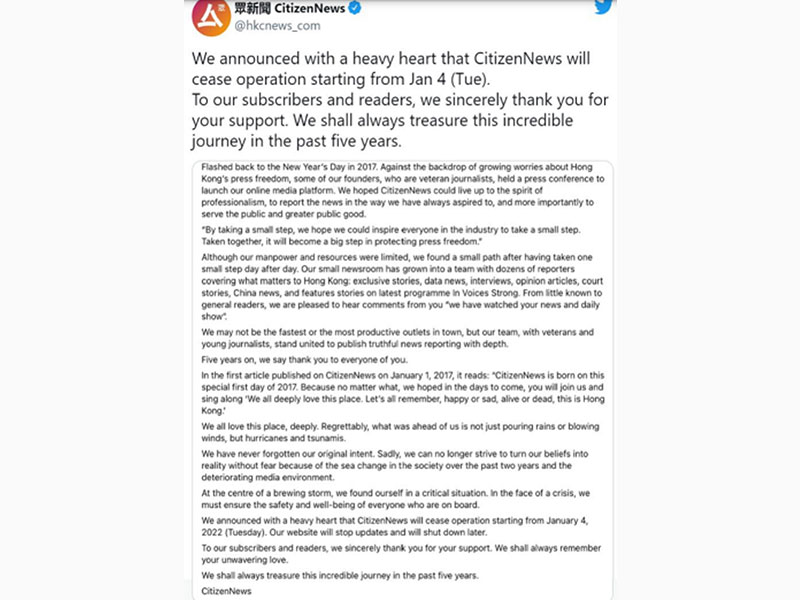 Several other independent domestic media outlets have either closed their operations or have shifted elsewhere.

International media agencies, such as The New Yorker, have also reduced their presence in Hong Kong. Even before its implementation, the Security Law was criticized of violating the freedom of speech and the democratic structure of Hong Kong as it gave sweeping powers to Beijing to arrest, detain and prosecute.

The continued crackdown on journalists and independent media house has created outrage across the world.

Earlier this month, Hongkongers in UK and Canada carried out protests against the clampdown on free press.

Carrie Lam, the Chief Executive of Hong Kong, defended the arrets by saying that: “People from the executive and legislative branches are also subject to the law with no exceptions. Why can people from the so-called fourth estate be above the law?”

It is not only the media, but human rights groups and trade unions are also facing the heat. Four pro-democracy activists have already been convicted under the Security Law. Many groups have disbanded.

International agencies, like Amnesty International, have completely closed down operations in Hong Kong.

However, they are still keeping an eye on the situation in Hong Kong. Some activists have even fled the region.

Recently, the memorial for the victims of the Tiananmen massacre, the Pillar of Shame, was removed from the campus of the Hong Kong University.

During 1989, protests were led by students in Tiananmen Square, Beijing for freedom of speech, free press, greater accountability and democracy.

The protests ended with the massacre on June 4th, 1989 when the government sent military troops accompanied by tanks. Statues of the Goddess of Democracy were removed from the campuses of the Chinese University of Hong Kong and the Hong Kong Polytechnic University.

The original Goddess of Democracy was made out of foam and papier-mâché over a metal skeleton during the Tiananmen protests.

Since its destruction on June 4 th . 1989, many replicas and memorial have been erected around the world, including in USA and Canada.

The National Flag and Emblem Ordinance was recently amended mandating schools in Hong Kong to conduct flag-raising ceremonies every week.

Schools are being trained by the local police in conducting the ceremony. In view of the Covid pandemic, the ceremony will be broadcasted in the classrooms.

Though the rule applies only to primary and secondary schools, several universities have also started conducting such ceremonies.

Concerned by changes since the implementation of the Security Law, students are leaving schools in Hong Kong in droves and seeking education abroad. 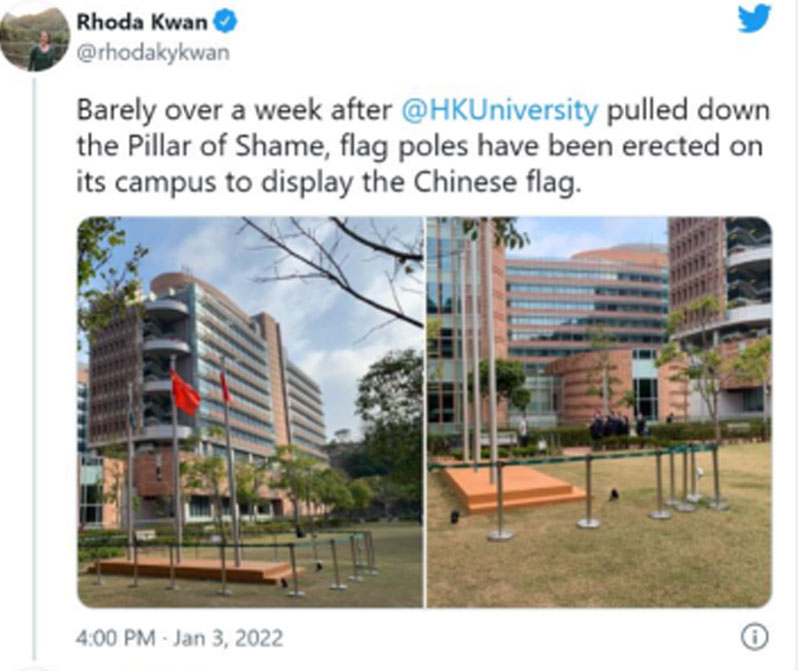