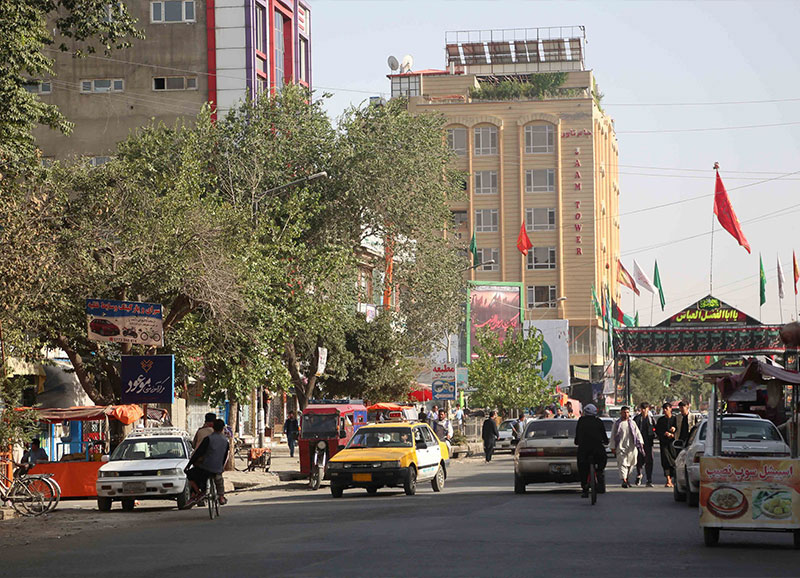 On November 29, Sedra, the daughter of a physician, Mohammad Dawod Rateb, was abducted in an area close to Balhika private school in Mazar-i-Sharif, the capital city of Balkh Province. As reported on December 3, she was subsequently rescued by Taliban forces.

On November 18, Psychiatrist Mohamed Nader Alemi’s dead body, bearing marks of torture, was found by the side of a road in Mazar-i-Sharif. He had been abducted in September (date not specified) from Mazar-i-Sharif.

On November 15, Mohammad Zarif Anwari, Chancellor of the Mawlana Private University, was found dead near his house in Mazar-i-Sharif. He had been abducted over the weekend in Balkh.

On September 14, Bansri Lal Arendeh, an Indian entrepreneur, was abducted at gunpoint from the Afghan capital, Kabul. Later, on September 16, India’s Ministry of External Affairs (MEA) Spokesperson Arindam Bagchi stated, "We are in touch with all concerned. We have seen reports about local authorities undertaking investigations into this matter. We will continue to monitor the situation.” According to sources, Arendeh was subsequently released on September 29

On August 8, Taliban fighters abducted a reporter, identified as Nematullah Hemat, from his family home in Lashkargah, the provincial capital of Helmand. He worked for the privately owned news channel Gharghasht TV. His whereabouts are unknown.

According to partial data collated by Institute for Conflict Management (ICM), at least 677 people have been abducted so far in Afghanistan since January 1, 2021, (data till December 10, 2021). However, these numbers are likely a gross underestimate, as open-source reportage is severely limited across Afghanistan.

According to the United Nations Assistance Mission in Afghanistan (UNAMA), at least 3,000 incidents of conflict-related abductions have been reported between 2014 and 2020. According to the UNAMA’s Afghanistan Protection of Civilians in Armed Conflict Annual Report 2020, published in February, 2021, UNAMA documented 1,086 conflict-related abductions in 2020, the highest recorded in a year. 99 per cent of the incidents in 2020 were attributed to the Taliban. Some of the prominent incidents in 2020 included:

October 6: Taliban militants abducted and killed the Deputy Chief of a prison in Ghazni on the Ghazni-Kabul highway in Ghazni Province.

September 5: A District Judge and his clerk were abducted by the Taliban in the Dir Malika area of Tanai District, Khost Province, while they were on their way to the District Administration Centre. They were released during an Afghan National Security Forces (ANSF) operation. The judge was injured in the leg during the incident. The Taliban acknowledged responsibility.

May 17: Taliban abducted 11 civilians, including religious scholars and local elders, in Shirin Tagab District, Faryab Province. All abductees were released after a couple of days, with two civilians having sustained injuries due to ill treatment by the Taliban.

In Afghanistan, conflict-related abductions include the forcible taking and holding of a civilian or civilians by a party to the conflict, in order to force the victim or a third party to take or refrain from taking an action. Anti-government elements kidnap civilians based both on suspicions that they have connections to or work for the government, and for financial gain, with release predicated on payment of a substantial ransom.

Civilians abducted by anti-government elements included personnel from non-governmental organisations, humanitarian deminers, healthcare workers, civilians working for the Government of Afghanistan, journalists and businessmen, among others.

Further, people from minority communities have also been targeted. According to the Office of the United Nations High Commissioner for Human Rights (OHCHR) report Over a Century of Persecution: Massive Human Rights Violation Against Hazaras in Afghanistan, published in 2019,

Hostage taking, abduction and kidnapping of the Hazaras are highly alerting (sic) in recent years. Tens of Hazara people have been kidnapped and killed by such a way (sic) in last 5 years. The prime examples are those incidents occurred in Zabul, Ghor and Parwan province where tens of Hazaras were abducted and beheaded…”

Meanwhile, Zabihullah Mujahid, ‘spokesman’ for the Taliban's caretaker government, has claimed that the level of kidnapping has recently declined in the country. He stated that more than 80 kidnappers have been arrested and 12 victims freed since the Taliban's takeover in mid-August 2021.

The Taliban brand of ‘justice’ in such cases was visible on September 25, 2021, when their cadres hung up four bodies of alleged kidnappers in the city of Herat after they were killed in an exchange of gunfire. "Their bodies were brought up to the main square and hung up in the city as a lesson for other kidnappers," Sher Ahmad Ammar, the Deputy Governor of Herat, stated.

Though there is no credible data to support or deny Zabihullah Mujahid’s claim, it is clear that a substantial number of incidents of abduction continue. As reported on October 28, 2021, more than 40 business people had been abducted in the country over preceding two months.

Security Force personnel who have surrendered since the Taliban’s ‘take over’ of August 15, 2021, were also abducted and killed. The Human Rights Watch Report, “'No Forgiveness for People Like You,’ Executions and Enforced Disappearances in Afghanistan under the Taliban", published in December 2021, documents the killing or disappearance of 47 former members of the Afghan National Security Forces (ANSF) – military personnel, Police, intelligence service members, and militia – who had surrendered to or were apprehended by Taliban forces between August 15 and October 31, 2021.

Abduction-for-ransom is also rampant. For instance, on November 10, 2021, a young man, identified as Mahdi, was rescued from kidnappers in Paghman District of Kabul Province, after 25 days of abduction from Kabul. The kidnappers had asked for USD 6 million in ransom from his family for his release. No further details regarding whether the ransom was paid or whether the abductors have been arrested, are available.

On November 1, 2020, nine-year-old Abdul Rauf was kidnapped in Mazar-i-Sharif. Kidnappers later demanded a ransom of USD 2.2 million for Rauf’s release and sent numerous videos of his torture.

Many of these crimes link back to the Taliban or to cadres associated with the Taliban, and many to one or other of the quasi-criminal pot pourri of warlords and armed groupings that dot Afghanistan. A large proportion of such crimes are locally ‘settled’, with no reportage, particularly in remote areas or currently ungoverned or loosely governed spaces. While the Taliban has established its ‘government’ in Afghanistan, establishing authority, an effective administration, and an active system of law-and-order management remain a far cry. The terror of an oppressive state and the terror of random violence, abduction and extortion will remain a reality in the lives of the people of Afghanistan for a long time to come.