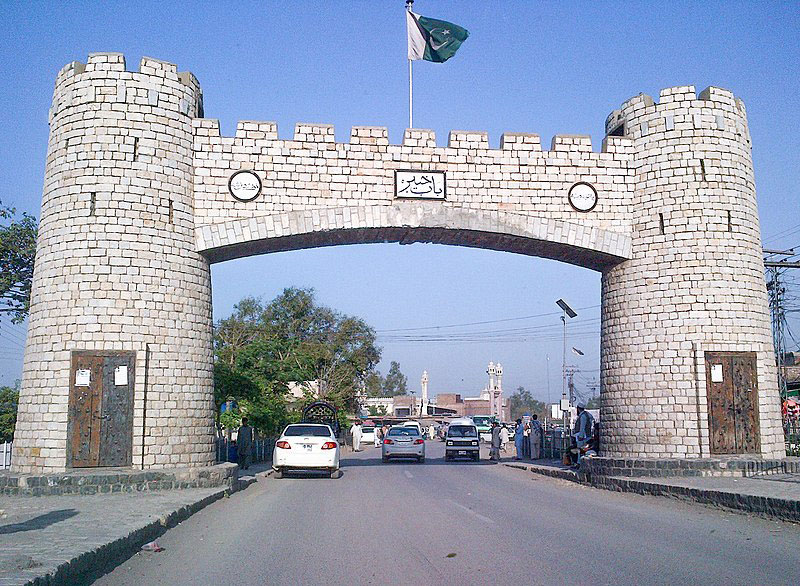 On October 13, 2021, a Traffic Police Assistant Sub-Inspector (ASI), Nauman Khan, was killed in an incident of targeted killing in Chamkani area on the outskirts of Peshawar, the provincial capital of Khyber Pakhtunkhwa (KP). ASI Khan was going to join his duties when he was targeted by two unidentified assailants riding a motorcycle.

On October 4, 2021, one Army soldier was killed during an exchange of fire with militants in the Ghariuom area of North Waziristan District. According to the Inter-Services Public Relations (ISPR), a Security Forces’ (SFs) post was targeted by terrorists, where the trooper was killed.

On October 2, 2021, four Frontier Corps (FC) soldiers and a Sub-Inspector (SI) of the Levies Force were killed when militants targeted their vehicle in the Spinwam area of North Waziristan District.

Some of the major incidents (each involving three or more killings) of attacks on SFs in 2021 include:

May 5: Three soldiers, induing an Army Captain, and two militants were killed in the Dosalli area of North Waziristan District.

February 18: Five soldiers were killed and another was injured when terrorists attacked a security check-post in the Sara Rogha area of South Waziristan District.

February 11: Four soldiers and four militants were killed during a clash after terrorists opened fire on a SFs check post in the Makeen area of South Waziristan.

There is, clearly, a surge in attacks on SFs. According to reports, SFs have arrested dozens of suspects during operations across the province. Based on their disclosures and further investigations, SFs have found that the Tehreek-e-Taliban Pakistan (TTP) has been behind these attacks on Police, FC and Pakistan Army personnel.

It is pertinent to recall that, on August 17, 2020, TTP confirmed that the breakaway Jamaat-ul-Ahrar (JuA) and Hizb-ul-Ahrar (HuA) had re-joined the group. JuA ‘chief’ Omar Khalid Khurasani and HuA ‘chief’ Omar Khurasani have pledged allegiance to the TTP ‘chief’ Noor Wali Mehsud, the TTP statement indicated. JuA parted ways with TTP in 2014, after developing differences with the then leader of the group, Mullah Fazlullah. It had even condemned the TTP’s December 16, 2014, Army Public School attack, which had resulted in the death of 148 persons, including 135 children. HuA was formed later, after JuA split into two groups. Earlier, after the death of TTP-Hakimullah Mehsud (TTP-HK) ‘chief’ Shehryar Mehsud on February 12, 2020, TTP-HK under its ‘commander’ Mukhlis Yaar Mehsud, had re-joined the parent outfit in July 2020. A regrouped, resurgent TTP has become a major challenge for the security establishment.

In the interim, the Taliban started making rapid gains inside Afghanistan and Islamabad believed that it would be an easy task for it to handle the TTP onslaught once Taliban assumed power. Contrary to the Pakistan military establishment’s conviction that they would control the TTP who, according to Pakistan, were operating out of the bordering areas of Afghanistan, after Rawalpindi’s proxy – the Afghan Taliban - assumed power in Kabul, TTP-led violence is now escalating.

During an interview with on July 26, 2021, TTP chief Noor Wali Mehsud, in fact, asserted that his group had a ‘good relationship’ with the Afghan Taliban and hoped to benefit from the latter’s victories across the border. He further warned that TTP would continue its “war against Pakistan’s security forces” and declared that the outfit’s goal was to “take control of the border regions and make them independent.” This is the first time that TTP’s leadership has called for an independent state in Pakistan’s tribal areas.

More recently, on September 22, 2021, the Awami National Party (ANP) warned that a new wave of terrorism was emerging in KP that would engulf the entire country if not controlled at this stage. “The terrorists are regrouping in Khyber Pakhtunkhwa,” ANP provincial president Aimal Wali Khan declared. He asked the Government to contain the spread of extremism and terrorism, adding that failure to take concrete steps would send the message that the Government or state institutions were party to the violence.

Despite TTP’s violence and threats, instead of targeting the outfit, the Pakistan Government is trying to buy peace. In an interview published on October 1, 2021, Prime Minister Imran Khan disclosed that his government was in talks with TTP. Khan elaborated,

There are different groups which form the TTP and some of them want to talk to our government for peace. So, we are in talks with them. It’s a reconciliation process
When asked why TTP was attacking Pakistan’s SFs when they were in talks with the Government, the premier argued that this was just a "spate of attacks." And added, "We might not reach some sort of conclusion or settlement in the end, but we are talking”. When asked if the Government was asking them to lay down arms, the Prime Minister responded, “Yes, we forgive them and they become normal citizens.”

The announcement of peace talks at this juncture – when attacks are on the rise and TTP’s morale is spiralling upwards in the wake of the victory of the Afghan Taliban – is likely to have a demoralising impact on the SFs engaged in the fighting on the ground. TTP’s declaration of its unprecedented ambition to secure an independent tribal state can only bedevil a Pakistan establishment long worried about the uncertain nature of the Durand Line, the Afghan Taliban’s rejection of the existing borders between the two countries, and the increasing restiveness of the Pashtuns of KP. A radical Islamist Pashtun-majority regime across the border, radiant in the afterglow of a victory over the world’s ‘sole superpower,’ can only add to these worries.