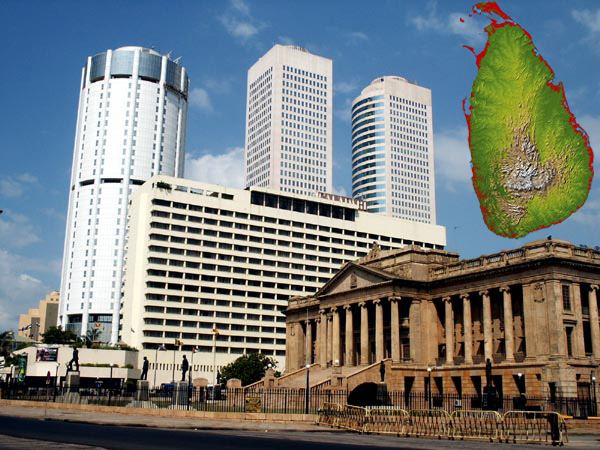 By Ajit Kumar Singh | | 13 Jan 2015, 01:16 pm
#A Fresh Beginning
Research Fellow, Institute for Conflict Management In a dramatic turnaround of political fortunes in the island nation, Pallewatte Gamaralalage Maithripala Yapa Sirisena, leader of the New Democratic Front (NDF), emerged victorious in a keenly contested Presidential Election held on January 8, 2015. Sirisena secured 6,217,162 votes (51.28 per cent) against 5,768,090 votes (47.58 per cent) polled by Mahinda Rajapaksa, the incumbent President, and candidate of the United People's Freedom Alliance (UPFA). A total of 19 candidates were in the fray, but the election was a direct contest between Sirisena and Rajapaksa from the outset, with the remaining 17 candidates eventually securing a joint total of 1.14 per cent votes. Sirisena took oath as the Seventh Elected Executive President of the country on January 9. It was the seventh presidential election.

The NDF is a conglomeration of several political formations opposing the UPFA, including the main opposition United National Party (UNP).

Since the victory in the war against Liberation Tigers of Tamil Eelam (LTTE) in 2009, the Rajapaksa-led UPFA had won almost all elections in the country: the Presidential Election 2010; Parliamentary General Election 2010; and all Provincial Council Elections, barring the Northern Provincial Council Election of 2013. In fact, since coming to power for the first time in 2005, Rajapaksa had not faced electoral defeat from any quarter. This tremendous accomplishment, according to political analysts and critics, made him believe that he was 'invincible', and seduced him into exercising unbridled power. Despite mounting criticism, however, the country witnessed all-round development during his tenure, more so after the restoration of peace following LTTE's defeat. This included dramatic progress in the Northern Province, the epicenter of war, where, according to the Central Bank of Sri Lanka, the highest rate of economic growth was recorded, with Gross Domestic Product (GDP) growth of 27.8 per cent, as against a national average of 16.8 per cent in 2011; and 25.9 percent in 2012, as against a national average of 15.9 per cent.

Rajapaksa's failure was in his inability to address the issue of national reconciliation, despite sustained rhetoric on the subject. While announcing the LTTE's defeat in Parliament on May 19, 2009, he had famously declared:

This is our country. This is our mother land. We should live in this country as children of one mother. No differences of race, caste and religion should prevail here.Our aim was to liberate our Tamil people from the clutches of the LTTE. Protecting the Tamil speaking people of this country is my responsibility. That is my duty. All the people of this country should live in safety without fear and suspicion. All should live with equal rights. Similarly, it is necessary that the political solutions they need should be brought closer to them faster than any country or government in the world would bring. I seek the support of all political parties for that solution."

Rajapaksa's immediate response to the outcome of the Parliamentary elections of 2010 was similarly encouraging:

The assured majority in Parliament given by the voters encourages the Government to proceed with its policies for the strengthening of peace and reconciliation, reconstruction, greater infrastructure development, increased investment in identified areas of growth, and the overall development of the country to make it the centre of economic and social progress in South Asia.

Nevertheless, his talks on reconciliation, particularly with the main Tamil party, the Tamil National Alliance (TNA), were always marred by suspicion, and had remained stalled since January 27, 2012.

The first sign of Rajapaksa's diminishing political sway was evident during the course of the Northern Provincial Council (NPC) Elections, held on September 21, 2013. The TNA, which is considered the political inheritor of the LTTE, secured a landslide victory, winning in all five Districts of the Province, with a clear majority in 28 of 36 seats. The Rajapaksa-led UPFA secured just seven seats and the Sri Lanka Muslim Congress (SLMC), one seat, out of the total of 38 in the NPC.

Stung by this defeat, and possibly overconfident of his influence outside the Northern Province, Rajapaksa called for Presidential Elections on October 20, 2014, with well over a year remaining in his tenure. Originally, the election was due in January 2016. Soon after he called for the Presidential election, he started losing his grip over his own party. At least 26 of his Members of Parliament, including several Ministers, deserted him. The biggest disaster occurred on November 21, 2014, when his close confidant Maithripala Sirisena deserted the party to join the opposition camp, and finally lead the Opposition in its direct fight against Rajapaksa.

In addition to the support he received from the Sinhalese and Muslims (SLMC supported the NDF), the new President Sirisena was overwhelmingly backed by the Tamils of the Northern Province, who have long been clamoring for justice. Significantly, in Vanni, the erstwhile stronghold of the vanquished LTTE, a staggering 98.05 per cent of voters cast their vote, of which Sirisena secured 78.5 per cent. Similarly, in Jaffna, another one-time stronghold of the defeated terrorist outfit, 64.22 voters exercised their franchise and Sirisena cornered 74.42 per cent of the votes polled. Indeed, the Tamils roundly rejected Rajapksa's perverse appeal during an election rally in Jaffna on January 2, 2015, that "the known devil is better than the unknown angel".

It is for the first time since the emergence of the LTTE that a Sri Lankan President has received the open support of the Tamils, with the TNA, which had swept the NPC elections of 2013, staunchly backing Sirisena.

President Maithripala Sirisena now has a window of opportunity to initiate a time bound process of national reconciliation. He certainly has the mandate to do so, and TNA has also projected a reconciliatory posture. On July 15, 2014, TNA conceded that Sri Lanka was a unitary State, agreed to denounce separatism, and accepted a united Sri Lanka for all communities. Just in September 2013, TNA had contested the Provincial Council elections on a manifesto calling for self-determination in the Tamil-dominated North under a federal structure. The TNA has now also agreed to submit an affidavit to the Supreme Court in this regard. Nevertheless, if the bonhomie is to continue, issues such as devolution of power, land and police rights will have to be addressed on a war footing.

Sirisena will, however, have to walk a tightrope, particularly with regard to the strident campaign by the international community, particularly western nations, to interfere in the country's internal affairs in the guise of 'investigation of war crimes'. Sri Lanka's comprehensive victory against LTTE had provoked, the much of Europe, the US, and some of the most prominent international agencies including the United Nations (UN), to sustain irrational pressure on Colombo, backed by the surviving elements of the radical Tamil fringe. These countries and agencies will see Rajapaksa's removal as an opportunity for initiatives that could prove detrimental to Sri Lanka's sovereignty, and contribute to a politics of ethnic polarization that would undermine the gains of last over five and half years since the end of the war in May 2009, and of the new hope that the recent electoral outcome brings.

Any perception of 'vengefulness' on the part of the new dispensation, on the behest of the international community, would immediately diminish Sirisena's support base among the Sinhala majority, and would also escalate the currently marginal threat of residual LTTE elements. Apprehensions of an attempted revival by LTTE were reinforced when, in the early hours of April 11, 2014, a Security Forces (SFs) team launched a cordon and search operation in the forest area off Padaviya in Anuradhapura District, and was fired upon by militants hiding in the forest. SFs killed three armed local LTTE leaders, reportedly in retaliatory fire. The dead were identified as Selvanayagam Kajeepan alias Gobi, Sundaralingam Kajeepan aliasThevihan and Navaratnam Navaneethan alias Appan. Earlier, on April 10, 2014, troops had recovered four back-packs containing rations, medicine, clothes, etc., believed to be have been used by the slain cadres, near the encounter site. The SFs had intensified their operations in the Northern Region following a shootout in the Dharmapuram area of Kilinochchi District on March 13, 2014, when Gobi, who had returned to the country after fleeing overseas at the end of the war, had escaped after injuring a Police officer. On March 22, 2014, Police had announced a reward of LKR One million for any information leading to Gobi's whereabouts.

They were preparing the ground for another armed struggle. Immediate objectives of the local group included the recovery of war like material dumped by the LTTE during retreat, re-establishment of LTTE intelligence network, regrouping of the potential cadre including those rehabilitated, collecting information on potential targets, including in other provinces. Investigations revealed that the funds for these activities that came from Europe were being transferred using Hawala system. It was also revealed that many safe houses, vehicles and other resources required for resurgence of the LTTE had been procured by them using this money.

Though it is difficult for the LTTE to regain its influence at the present juncture, as Colombo has succeeded in detecting and neutralizing each conspiracy in its early stages, vigilance will remain an urgent imperative for the new President, even as he takes the process of bringing the process of national reconciliation forward.