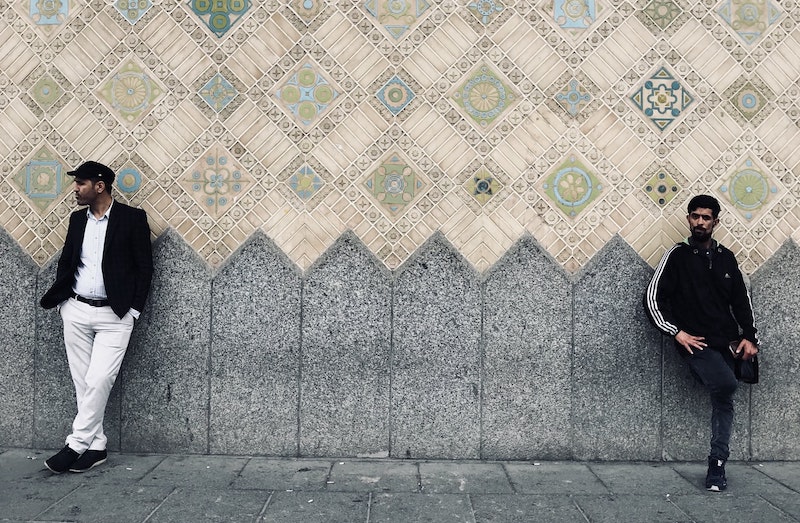 Forget about the Iranian presidential elections on 18 June. Actually don’t completely dismiss them. They do have some importance. The key one being how many actually turn out to vote. If the figure is low—as expected—then the regime knows that it is in trouble.

Voters who believe voting is a pointless exercise are more likely to take to the streets. And it really is pointless. To be a candidate in the Iranian presidential elections you have to be vetted and approved by the Assembly of Experts and Guardian Council who are dominated by conservative religious figures.

Out of the estimated 30 “moderates” who put their name forward, only two have been approved, and they are so lacklustre that they are unlikely to be much more than also-rans.

No, the real power and the real interest of the Iran watchers is focused on the successor to Iran’s Supreme Leader Ayatollah Ali Khameini. There are two reasons: He is old and sick and he is the real power in Iran.

For a start, under the terms of the Iranian constitution, the Supreme Leader is commander-in-chief of the armed forces and responsible for foreign policy. He also makes all the final decisions on the economy, the environment and national planning.

Ali Khameini is also a very sick dictator. This is not surprising. He is 81 years old and there have been at least three reports of his imminent demise. The last one in December said he was dead and would be succeeded by his son. It came from an Iranian journalist and was re-broadcast globally by the Israeli media. Reports of his death, however, were premature.

His son Motjaba Khameini is, however, seen as a serious contender to succeed his father. Iran is a country where family ties count in politics. Motjaba Khameini also has the backing of Maj. Gen. Hossein Salami, leader of the powerful Revolutionary Guards.

Motjaba himself has been in charge of a paramilitary group which led the crackdown against protesters in 2009. The one thing working against him is that Motjaba is not a senior cleric which means he lacks the necessary theological credentials required by the Iranian theocratic leadership.

One man who does have the right credentials is Ebrahim Raeesi who also has the backing of the Revolutionary Guard. He is currently Iran’s chief judge and as such has sentenced tens of thousands of protesters to prison death.

In prison they are usually tortured and then “disappear”. Raeesi was runner-up in the 2017 presidential elections and immediately and unsuccessfully contested the results. He supports gender segregation, further Islamisation of universities, and censorship of the Internet. Raeesi is a sanctions target of both the US and EU.

Others who have aspirations for the top job are Sadeq Larijani and outgoing president Hassan Rouhani. Larijani is another hardliner with close ties to Khameini. Rouhani is not running for president this year because the position is limited to two four-year terms.

He is the closest to a moderate of any of the major potential successors. But having said that, he is better described as a pragmatist. But he has the advantage of having been president and being a long-standing member of the Assembly of Experts.

Hotjaba Khomeini and Ebrahim Raeesi are regarded as being the front runners. Sadeq Larijani and Hassan Rouhani are in the second field. But there are also some dark horse contenders. They include Ayatollah Sayyed Mahmoud Hashemi Sharoudi who was responsible for training Shi-ite militia attempting to overthrow Iraqi leader Saddam Hussein.

He was head of the judiciary from 1999 to 2009 when he was hailed as a moderate for raising the marriage age for women from nine to 13.

Finally, there is Ayatollah Ahmad Khatami who is definitely a hardliner. He is almost ridiculously loyal to Supreme Leader Khameini and is responsible for delivering the political sermons at Tehran’s central mosque. Khatami has said that if it was necessary he would advocate “spilling the blood of women” in order to force them to wear the Islamic Hijabs. His views are closely aligned with those of the Taliban in Afghanistan and he is probably the most anti-American of the possible contenders for the leadership.

The election (if that is the correct word) is more important than this month’s presidential vote. But they are not happening yet so observers will be closely examining the result as it is the only opportunity that voters have to express their opinion through the ballot box. Which is why many of them are likely to use the opportunity to register their dissatisfaction by boycotting the election.

This is the tactic being urged on voters by the large Iranian diaspora in Europe. It appears to be finding a ready audience. A recent poll by the state-run broadcasting company reported that less than 50 percent of those eligible to vote were planning to do so. Given the fact that the poll comes from a state-run organisation that figure is almost certainly exaggerated.

But then why should they vote? The only elections that count are those for the Supreme Leader, and the general public are not allowed to vote for him. And if the Supreme Leader is not subject to the whims of the ballot box, why should he bother with the problems of the Iranian hoi polloi?

(Tom Arms is a UK-based American journalist, author, broadcaster, lecturer and businessman with wide experience of British, US and international affairs. The views expressed in the column are of the author. He can be reached at Tom.arms@lookaheadnews.com)