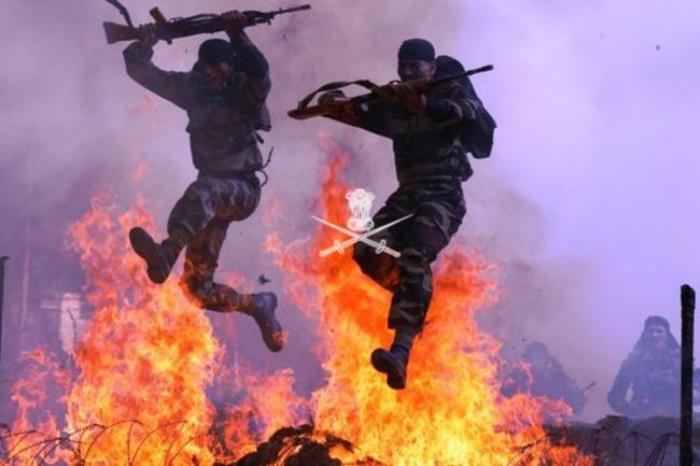 On May 31, 2021, a heavy gun battle broke out between Assam Rifles troopers and suspected militants of the Yung Aung faction of the National Socialist Council of Nagaland-Khaplang (NSCN-KYA) at Nogolo village in Tirap District. However, no casualty was reported in the incident.

On May 23, 2021, suspected NSCN-KYA militants killed an Assam Rifles trooper near Longvi village under the Nampong circle, along the Indo-Myanmar border, in Changlang District.

On May 18, 2021, NSCN-KYA militants opened indiscriminate fire at Longkhaw village in Longding District, while attempting to kidnap a villager, Khamjan Wangsu. However, the village locals resisted and foiled the militants’ attempt to abduct the villager.

On May 10, 2021, NSCN-KYA militants abducted two road construction workers from Tenyak village in Longding District. They were subsequently released on May 17.

According to partial data compiled by the South Asia Terrorism Portal (SATP), there were four NSCN-KYA-linked violent incidents in 2021 (data till June 6, 2021) resulting in the death of one trooper and injuries to two Security Force (SF) personnel. Since August 17, 2018, when the outfit ‘officially’ came into existence, there have been 10 such incidents, resulting in nine fatalities (four SFs personnel and five militants), and six injuries (four SFs personnel and two civilians).

On August 17, 2018, Khango Konyak, the ‘chairman’ of the National Socialist Council of Nagaland-Khaplang (NSCN-K) was removed from the position and was replaced by Yung Aung, a Myanmarese national. The outfit led by Yung Aung came to be known as NSCN-KYA. Nearly 14 months prior to this development, on June 20, 2017, Khango Konyak had been made the ’chairman’ of NSCN-K after the demise of the then incumbent ‘chairman’, S.S. Khaplang, on June 9, 2017.

Though the major reason for Khango Konyak’s removal from the chairman’s post was the growing difference between the Indian and Myanmaese Naga leaders of the outfit after Khaplang’s demise, it was alleged that the outfit under Khango Konyak had failed to act on the ground.

According to the SATP database, under Khango Konyak, between June 20, 2017 to August 17, 2018, there were five NSCN-K-linked fatalities (one civilian, one trooper, and three NSCN-K militants) across Arunachal Pradesh, Nagaland and Manipur.

NSCN-K was formed on April 30, 1988, after a split in NSCN. Clan and tribal divisions among the major Naga groups (Konyak and Tangkhul) were the primary reason leading to the division. Khaplang was the founding ‘chairman’ of one of the two groups that emerged from the split; the other was headed by its late ‘president’ Isak Chisi Swu and T. Muivah, and came to be known as NSCN-IM.

Under Khaplang’s leadership, the outfit emerged as the most active militant outfit in the region. According to partial data compiled by the SATP, since March 2000, when SATP started compiling data on conflicts in the Northeast, and till June 9, 2017, when Khaplang died, NSCN-K was involved in at least 361 fatalities (32 civilians, 40 SFs personnel and 289 militants). For a period, between April 28, 2001 and March 27, 2015, the outfit had maintained a cease fire agreement (CFA) with the Government. Of the total 361 fatalities, when Khaplang was at the helm, 79 fatalities (seven civilians, 32 SF personnel, and 40 NSCN-K militants) were reported after the unilateral abrogation of the CFA by the NSCN-K on March 27, 2015, and till the death of Khaplang.

Despite the allegation against Khango Konyak, it is evident that the group led by Yung Aung, NSCN-KYA, has itself failed to regain the lost ground. On the other hand, it has suffered losses on the ground. Indian Secuirty Forces, apart from having killed five NSCN-KY militants, have arrested another 43. Those arrested include ‘Major General’ Yanghang aka Mopa and ‘sergeant major’ Bokaho Yeptho.

The failure of the Yung Aung leadership to keep Indian and Myanmarese Nagas united led to the split in the NSCN-KYA itself. While Indian members of the outfit alleged that Aung Yung was collaborating with NSCN-IM, the Aung Yung-led group countered by claiming misappropriation of funds and creating divisions. The three Naga rebel leaders hailing from India – Niki Sumi, Starson Lamkang and Nyemlang Konyak – later surrendered to Indian authorities and joined the peace process. On September 27, 2020, Nyemlang Konyak joined NSCN-Reformation (NSCN-R), after surrendering on September 22. NSCN-R is a part of the Naga National Political Groups (NNPGs). Nikki Sumi surrendered on December 19, 2020, along with two cadres. Lastly, on December 25, 2020, Starson Lamkang surrendered along with 52 militants in the Phek District of Nagaland.

The NSCN-KYA reportedly has camps – Haukyat, Khanmoi, Lohan, Kamai and Pangsau – in the Sagaing Division of Myanmar. These are areas falling along the main locus of operations of the militant group in India – Tirap, Changlang and Longding Districts of Arunachal Pradesh and Mon District of Nagaland. The military coup and the subsequent rise in volatility in Myanmar is expected to provide some more relief to the militant formations inside Myanmar.

Reports also indicate that the group has an unwritten agreement with NSCN-IM’s Arunachal Pradesh leader, ‘major-general’ Rockwang Absalom Tangkhul. An unnamed security officer thus claimed, “The NSCN-KYA and ‘major-general’ Rockwang Absalom Tangkhul struck a deal for peaceful co-existence.” Under the ‘deal’, the NSCN-KYA will ‘dominate’ Longding District and NSCN-IM will ‘control’ Tirap. Both the outfits will jointly ‘control’ Changlang District, Tirap, Longding and Changlang, the hub of the ‘last remaining militants’ in Arunachal Pradesh, are also claimed by the NSCN-IM as part of Nagalim (‘Greater Nagaland’).

Similarly, there were instances of NSCN-KYA jointly operating with the United Liberation Front of Asom-Independent (ULFA-I). Most recently, on December 21, 2020, cadres of NSCN-KYA and ULFA-I, in a ‘joint operation’, abducted two employees of Quippo Oil and Gas Infrastructure, Pranab Kumar Gogoi and Ram Kumar, from Changlang District in Arunachal Pradesh. They demanded INR two billion from the company for the release of its employees. It is rumored that the company ultimately had to pay INR 50 million. The abductees were released separately on April 3 and 4, 2021.

The rising instability in Myanmar as well as the meandering talks with the NSCN-IM may help NSCN-KYA gain some ground. It is therefore imperative for the Indian SFs to increase intelligence-based counter insurgency operations along the India-Myanmar border in the regions where this militant group still has some presence.