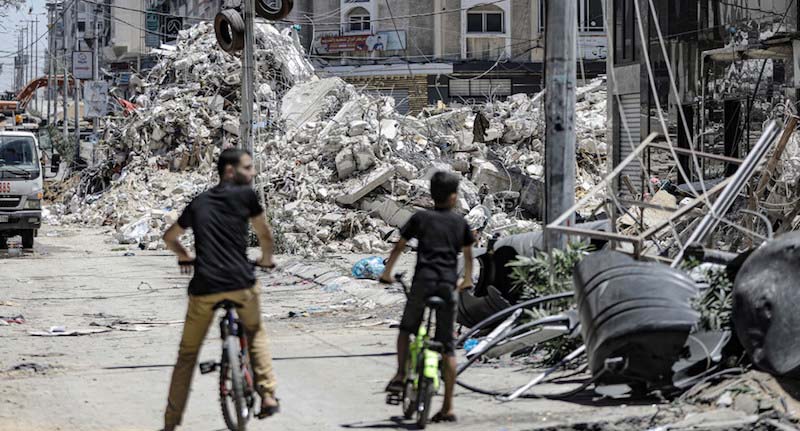 Many layers of Israel-Hamas fighting

The violent conflict between Israel and Hamas has come to an end with a ceasefire, thanks to intense diplomatic efforts from Egypt, Qatar and a number of Western countries including the United States. In this latest episode of violent conflagration between the Israelis and the Palestinians, both sides have gained little, and lost much.

Clashes first broke out between the Israeli police and Palestinians at the Al-Aqsa Mosque compound on May 7. Thereafter, rockets were fired at Israelis from the Hamas-controlled Gaza Strip, and Palestinians were subjected to Israeli airstrikes and artillery barrages.

The immediate trigger of escalation of violence was the impending verdicts on the legal status of some Palestinian families living in Sheikh Jarrah, East Jerusalem. This area has been coveted by religious-minded Israeli settlers for a long time. There have been small-level violence in the past, but the tensions never crossed a certain threshold. It did this time.

Many reasons have been offered as to why the situation went out of control this time. One should not forget that both Israel and Palestinian territories have witnessed governmental dysfunction and political instability, leading to disappointment and frustration on both sides.

Internal political squabbles have effectively prevented key questions from being addressed and resolved in time. And fuel to the already simmering fire has been added by the severity of the Covid-19 pandemic. It meant that those who should have cared about important political issues chose to ignore them.

Many factors conspired to create a deadly mix which led to Israel and Hamas coming to blows. Worryingly, the manner in which Hamas targeted civilians inside Israel by rockets led to justifiable indignation among Jewish Israelis, who stood behind their government’s vigorous response against Hamas. But the scenes of civil disorder and internal strife within Israel have been particularly disturbing.

The communal riots in the mixed cities have increased the sense of insecurity among many in Israel. Many synagogues and several businesses were set on fire, and Israeli government had to declare a state of emergency in the central city of Lod. Violence between Israeli Jews and Israeli Arabs in several Israeli towns seems to have added a dangerous dynamic, opening up another domestic front for the law enforcement agencies.

Israeli Arabs form about a fifth of Israel’s population, they have Israeli passports and have the right vote in the elections. But they are not satisfied with what they allege the institutional and social discrimination in Israeli society. That is why Washington wants the Israelis to stop “intercommunal fighting” in Jerusalem.

How Israel can resolve its internal differences is unclear. Moreover, Israel has not remained entirely aloof from economic hazards. Israel’s economy contracted by 6.5% in the first quarter due to the Covid-19 pandemic, and there are warnings that 11 days of violent conflict between Israel and Hamas could halt its economic recovery.

Israel remains an internally divided society which has faced an endless cycle of elections in the past three years. Still, there is no government which commands full majority in the Knesset, Israel’s parliament. This inability has resulted in a number of seasoned Israeli politicians trying to outdo each other with pretentious bluster about Israel’s Arab minority.

Prime Minister Benjamin Netanyahu is one such politician, who has another incentive to divert attention from the corruption trial he faces. He is accused of accepting expensive gifts as well as colluding with some media houses to publish favourable stories about him. Netanyahu will have to spend more than a decade in prison if convicted. He has refused to leave power, and his role as head of the government during the conflict with Hamas has bolstered his position.

Just a week before the conflict started, his political career seemed finished as he could not form a coalition government after an indecisive parliamentary election. But his political fortunes seem to have changed dramatically. Therefore, his opponents are likely to argue that his desperation to survive pushed Israel into an unnecessary conflict.

What about the Palestinians? We have already heard a lot about Palestinian factionalism. Hamas and Fatah have ruled the Gaza Strip and the West Bank respectively. If Hamas has been using armed resistance against Israel, Fatah believes in peaceful negotiations with Israel. Due to these and many other factors as well, it is not easy for Gaza people to identify with Palestinians in the West Bank. 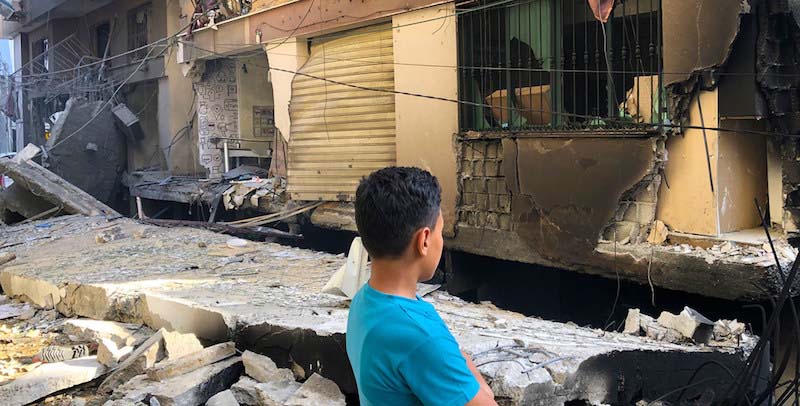 But needless to say, the level of violence witnessed in Gaza has been quite shocking. Israeli air assaults to target the Gaza Strip have led to massive casualties and economic losses. The death toll in Gaza stands at about 250. More than 16,000 housing units had been damaged, either partially or completely. Gaza strip’s industrial capacity has been adversely impacted, and its greenhouses, agricultural lands and poultry farms have suffered huge losses.

As the conflict has led to a ceasefire, it is understandable that Hamas is attempting to portray itself as the victor. Although many would find this claim as sheer propaganda, however, survival in the face of a far powerful adversary may be considered as a victory. Its military infrastructure that includes rocket and missile storage facilities, rocket launchers, and a network of tunnels throughout Gaza was rendered massively degraded.

Yet Hamas would like to divert attention from these heavy losses. Its propaganda machinery would now cast itself in the eyes of Muslims throughout the world as the winner. It will also indulge in posturing that it fired around 4000 rockets at Israeli cities, towns, and villages without telling its audience that Israel’s ‘Iron Dome’ missile defence system successfully intercepted more than 90% of the rockets fired.

Unfortunately, the Palestinians have been offered very few electoral choices. President Mahmoud Abbas has led Fatah after the death of legendary Yasser Arafat. He was elected for five years but is still in office after 15 years. As a result, young Palestinians have become frustrated, and consequently they have been organizing outside of the traditional political framework available to them.

The consequences would be disturbing if they begin to express themselves as Palestinians without the agency of either Hamas or Fatah. Israel’s relations with Hamas in the coming months will not be easy to maintain. Israel would obviously attempt to strengthen Israeli sovereignty in the flashpoint city of Jerusalem, and this has potential for renewed conflagration. Hamas will not hesitate in using Gazans as cannon fodder for its guerilla warfare.

American President Joe Biden gave Israel important diplomatic backing during the 11 days of fighting in Gaza. The warnings sounded by some right-wing Israeli politicians before the US presidential election that Biden could be hostile to Israel were clearly proved wrong. Just like his predecessors, he repeated that Israel has the right to defend itself. Washington also thrice vetoed UN Security Council resolutions meant to condemn Israel.

America’s uncritical support of Israel, critics often argue, encourages unusually excessive use of force against Palestinians. But as pressure grew on Israel for immediate de-escalation, with the Biden administration also coming under increasing pressure from within the Democratic Party and from allies abroad, Biden felt compelled to ask Benjamin Netanyahu in a phone call that fighting must stop. American policy under Donald Trump was vehemently criticized as being unashamedly pro-Israel and ignoring the plight of Palestinians.

Biden has reemphasized the need to adhere to a “two-state-solution.” It needs to be remembered that the idea of a two-state solution – with an independent state of Palestinian alongside Israel and Jerusalem as their shared capital – has been the bedrock of international diplomacy aimed at ending the Israeli-Palestinian conflict. Hamas does not recognize Israel’s right to exist, and is therefore opposed to two-state solution accepted by the Palestinian Authority.

A conflict resolution blueprint developed by Trump’s son-in-law Jared Kushner was termed as providing for a two-state solution, but it envisioned a Palestinian state with only limited sovereignty. All Palestinian leaders categorically rejected the plan.

India has been able to strike a fine balance, giving a measured response to the conflict. New Delhi has reaffirmed its customary support for the Palestine cause without abandoning Israel. India is currently a non-permanent member of the UNSC, and during debates on the issue, it cautioned against “attempts to unilaterally change the status quo” in Jerusalem, while reiterating India’s “strong support for the just Palestinian cause and its unwavering commitment to the two-state solution.”

India, which has growing stakes in the Arab world, cannot afford to alienate its Muslim allies in the region. But New Delhi has not upset Israel either, and there has been no reference to the status of Jerusalem or the future borders of the two states. However, this may have upset India’s right-wing who extended their wholehearted support to Israel’s indiscriminate bombardment of Palestinian territories.

(Vinay Kaura is an Assistant Professor, Department of International Affairs and Security Studies, Sardar Patel University of Police, Security and Criminal Justice, Jodhpur, Rajasthan. The opinion express in the article is of the author. He can be reached at vinay@policeuniversity.ac.in)