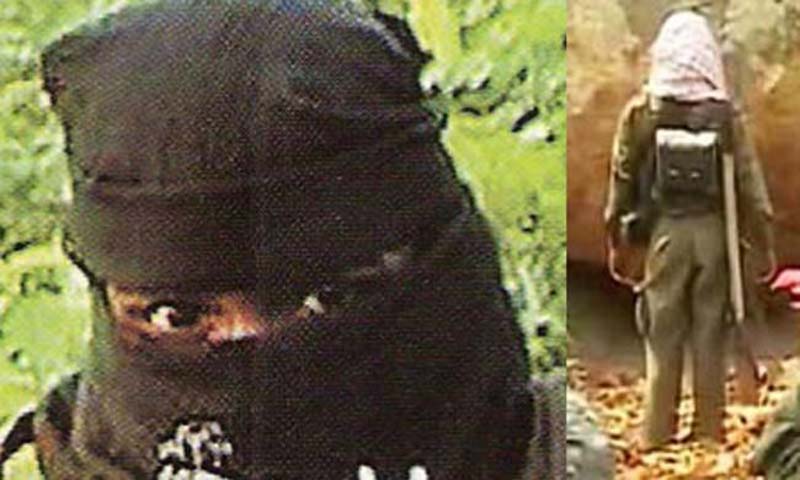 On January 30, 2021, Communist Party of India-Maoist (CPI-Maoist) cadres killed two civilians in the Belghar area of Kandhamal District. In a handwritten note found near the bodies of the slain villagers, the Maoists of the ‘Bansadhara-Ghumusar-Nagabali (BGN) Division’ claimed that the two were among those who had tipped off the Security Forces (SFs) about the presence of rebels in the Belghar area, which had resulted in the September 9, 2020, encounter in which five Maoists were killed. The Maoists warned other ‘informers’ to surrender before their ‘Jan Adalat’ (People’s/ Kangaroo Court organized by the Maoists) within 15 days or else, they would be sentenced to death. They also warned that the State Government, Director General of Police (DGP) Abhay, and Inspector General of Police (IGP), Intelligence, R.K. Sharma. would be held responsible for the loss of lives.

On January 31, 2021, a CPI-Maoist cadre was killed in an exchange of fire with SFs in the Nunkhari Forest under Mathili Police Station limits in Malkangiri District.

According to partial data compiled by the South Asia Terrorism Portal (SATP), these three Left Wing Extremism (LWE) violence-linked fatalities were recorded in the state in the opening month of the current year.

In comparison, in January 2020, the state accounted for two such fatalities (one civilian and one Maoist).

Through 2020, there were a total of 23 fatalities (four civilians, two SF personnel and 17 Maoists) as compared to 19 fatalities (10 civilians, one trooper and eight Maoists) through 2019.

On January 24, 2021, a woman cadre of the CPI-Maoist, identified as Lachchi Khara aka Lachhi aka Gita, surrendered before SFs in Malkangiri District. Lachhi as an active member of the 'Andhra Odisha Border Special Zonal Committee (AOBSZC)'. While this is the lone incident of Maoist surrender in the State in the current year, thus far (data till January 31, 2021), a total of 22 Maoists surrendered in through 2020. There were 10 such surrenders in 2019. Since March 6, 2000, when SATP started compiling data on Left Wing Extremism (LWE), at least 4,770 Maoists have surrendered. SFs also arrested three Maoists in 2020, in addition to 22 in 2019. Since March 6, 2000, at least 1,574 Maoists have been arrested in Odisha.

Clearly, the SFs have made significant gains on the ground over the past years, resulting in a significantly improved security environment for civilians in the State.

Nevertheless, the revenge killings of January 30, 2021, and the threat issued is worrisome.

Meanwhile, other parameters of violence also suggest a waning of Maoist influence and impact in the State. A total of 71 LWE-related incidents were registered in 2020, down from 73 in 2019, maintaining the trend of declining numbers established since 2013. No major incident (involving three or more killings) targeting the civilians or SFs was reported in 2020 as in 2019. The last such incident was reported on April 23, 2018, when three civilians were killed in a landmine blast near Mundibedha village under the Raighar Police Station limits of Nabarangpur District.

On January 20, 2021, praising the Odisha Police for successfully tackling the LWE menace in the State, the Chief of Defence Staff (CDS), General Bipin Rawat, thus observed,

It must be noted the LWE situation in the State, especially in Swabhiman Anchal [Self-respect Zone earlier known as the cutoff area] of Malkangiri District has substantially improved over the last few years. The state police gunned down 17 Maoists in separate anti-Naxal operations in different districts in 2020.

Significantly, ever since the Maoists faced a major blow in the twin encounters in the Bejingi Forest area between Ramgarh and Panasput in Malkangiri District on October 24 and 27, 2016, resulting in the death of 28 and two Maoist cadres, respectively, the Maoists area of influence shrunk dramatically in the ‘Andhra-Odisha Border (AOB)’ region, which had served as a long-time sanctuary and stronghold for the rebels. The five Districts of southern Odisha (Malkangiri, Koraput, Rayagada, Gajapati and Ganjam), along with four north coastal Districts of Andhra Pradesh (East Godavari, Visakhapatnam, Vijayanagaram and Srikakulam) fell under the erstwhile Maoist-dominated AOB region.

During the past six years, there has been a steady decline in the activities of the CPI (Maoist) in the region. We have been able to consolidate in Malkangiri district bordering Chhattisgarh and Andhra Pradesh, so influx could be controlled. The security forces have managed to bust the hideouts of LWEs [Left Wing Extremists]. In Koraput district, security forces have also squeezed out CPI (Maoist) rebels. Now, special anti-Naxal [anti-LWE] forces and intelligence agencies have been working in tandem. We are receiving excellent cooperation from neighbouring Andhra Pradesh and Chhattisgarh in combating LWEs.

After the area was cut-off from the rest of the district due to a reservoir project in early 1970s left wing extremists had established their domination… For the first time after several decades Republic Day was celebrated and the national flag was hoisted in Panasput and Jodambo panchayats inside Swabhiman Anchal.

He added that, on October 31, 2020, the Border Security Force (BSF) and the Odisha Police set up a Company Operating Base (COB) at Gurasethu, earlier dubbed the CPI-Maoist's "ideological headquarters" in Swabhiman Anchal, signaling the fading out of Maoist influence.

Construction work on the Balimela Dam began in 1962-63 in what was then the undivided Koraput District, and the dam was completed in 1977, creating the 'Cut-off area'.

In another encouraging development, according to a December 9, 2020, report, the residents of Khajuriguda village in Chitrakonda Tehsil (revenue unit) in Malkangiri District, armed with their traditional bows and arrows, mustered the courage to defend their village against the Maoists by guarding the entrances to their village 24X7 to prevent any rebel from sneaking in under the cover of darkness. Unnamed residents of the village, thus disclosed,

Four to six villagers guard the entry points of the village during the day. At night, nearly 15 villagers are on duty. Earlier, we would fear the Maoists and were unable to oppose them. The establishment of security camps in the region, and frequent anti-Maoist combing operations, has led to a sense of security among us. We want to make our area free of Left-wing extremism. We want development. We have realised that Maoists pose an obstruction to development. Owing to their presence, development had taken a back seat in our village. Now we want to cooperate with police and the administration for the overall development of the region. We want to see better roads, schools and hospitals in our area.

Further, the Maoists have fizzled out in the 'KKBN division' - covering the Kandhamal, Kalahandi, Boudh, and Nayagarh Districts of the State, which were once considered Maoist strongholds.

The UMHA [Union Ministry of Homes Affairs] has been urged to take off the names (from the list of Maoist affected Districts) of Angul, Boudh, Sambalpur, Deogarh, and Nayagarh Districts, as the Maoist violence has been on the wane in the State and more rebels are also laying down their arms because of an intensified bid by the Security Forces to crush the internal rebellion.

Security measures need to be further strengthened to meet the residual challenge, as the Maoists have previously demonstrated the capacity to make a comeback in different regions from time to time.

Regrettably, however, according to the latest Bureau of Police Research and Development (BPR&D) data, as on January 1, 2020, the Odisha Police continued to lag in terms of capacities. Odisha had 129.31 Police personnel per 100,000 population, significantly below the inadequate national average of 155.78. More worryingly, the Police/Area Ratio (number of policemen per 100 square kilometres) was just 37.54, as against the national average of 63.63. Both the State and national averages on the Police/Area ratio were well below the sanctioned strength, at 42.49 and 79.80, respectively. Worryingly, the sanctioned strength for the States’ Police was 66,161, while just 58,455 personnel were in position, creating a deficit of 11.64 per cent. In addition, the sanctioned strength of the apex Indian Police Service (IPS) Officers in the State was 195, but just 123 officers were in position, a deficit of 36.92 per cent that considerably weakens the executive supervision of the Force.

Reports indicate that 92 companies of Central Armed Police Forces (48 of BSF and 44 of CRPF) are deployed in Odisha to combat the Maoist rebels. These Central Forces work in coordination with the State Police.

The Maoists are certainly on the backfoot and gradually failing in their erstwhile areas of influence in the State due to coordinated action by SFs. However, the Governments – both the Central and State – urgently need to address critical security deficits and enhance the necessary administrative, developmental and security outreach to consolidate state outreach and effectiveness in the remaining LWE-affected regions of Odisha.