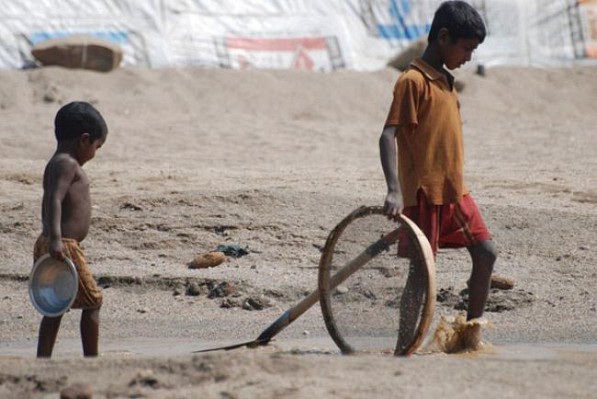 Juvenile Justice: Do We Want Retribution, Or Reformation

| | 09 Dec 2014, 03:49 pm
#Juvenile Justice
Children cannot be made to pay the price for the inefficiency of a system â€“ clearly reflected in the poor implementation of the Juvenile Justice legislation. Strengthening the existing system through the effective implementation of the legislation should have been the call of the hour, rather than its amendment, writes Puja Marwaha, CEO, Child Rights and You (CRY)

The Union Cabinet has cleared the Juvenile Justice (Care and Protection of Children) Bill, 2014 for introduction in the current session of parliament. The repeal and re-enactment of the Bill is stemming from the need to ensure public safety and provide justice to victims. There cannot be any dispute on the society’s need to be safe and juvenile crimes to be prevented. We strongly condemn all sexual violence, be it by adults or juveniles, none of which can be justified by any means whatsoever. But we are extremely worried to see that human rights of women are being pitched against that of children, as if that’s the only possible alternative in creating a healthy society! We are utterly concerned whether this thinking will actually address the issue and serve the purpose.

The emphasis on creating a caveat, an exemption, or a procedure for singling out cases that are deemed ‘suitable to be tried as adults’ overlooks some very basic assumptions that have so far guided India’s policy and legislative framework on juveniles, and it is therefore important to reiterate some of these before moving forward. Some of these assumptions include – the understanding that children are different from adults, and therefore the approach to managing, guiding, and finally mainstreaming those involved in anti-social activities ought to be different. The chosen approach thus, was one of reform rather than of retribution, while ensuring the rights of the victims and their families.

Research evidences from across the world have shown that there has been higher reoffending by juveniles who have been transferred to adult criminal justice system. Many countries are actually reverting back to the juvenile system for children till 18. The United States of America started excluding children from juvenile justice since mid 1990s as a panic reaction to a very high violent juvenile crime rate. But recent studies in the USA are concluding that it was a mistake to exclude children from juvenile justice as they have been found to be more prone to reoffending than those who were not so transferred. Several states have in fact rejected the retributive approach based on an appreciation of the scientific data on brain development and the failure of the transfer system. In our Country do we have enough body of evidence-based knowledge to negate the whole experience of what others underwent?

It is clear that criminalizing children is not going to resolve the issue of public safety. Children in the age group of 16 to 18 have been apprehended for only 1.9% of total crimes against women (NCRB 2013). It is prudent to understand that these cases include cases of consensual sex, love and elopement amongst teenagers that are now mandatorily reported under POCSO Act. Child Rights advocates thus are right to lament that the cries of public alarm are not completely backed by hard evidence.

It is also significant to note that in the year 2013, a total of 31,725 persons were found to be involved in juvenile crimes, which comprise 1.2 per cent of total crimes in India. Of these 31,725 cases, sexual crimes included 2,074 rape cases, 1,624 cases under outrage of modesty, and 387 cases of insulting the modesty of women, or total of 4,085 cases (12.8 per cent of the juvenile cases). Looking at cases related to sexual offences specifically of the 16-18 age group, these aggregate to 2,808, or 8.8 per cent of the total juvenile cases. Further, in terms of percentage of total crimes, the cases of 16-18 year age group amount to a negligible percentage of the total crime incidents in India.

With approximately 131,663 juvenile delinquents which is just 0.031 per cent of the total population of children (42, 28, 08,543) between 0-18 years under the government’s care, it is not impossible to guide, support and handhold every juvenile. Yet, current scenario of implementation machinery showcases the low priority accorded to the reform oriented aspects of the legislation. The low priority is illustrated in the recent incidents of Delhi Observation Homes, which were clearly found ill-kept, inadequate, and severely lacking in even basic provisions, leave alone guidance, counselling, and reform, whereupon, children looked forward to creating opportunities to abscond from such depressing, restrictive surroundings.

From a child development perspective, children are seen as highly influenced by their life experiences, peers and the external world. The situations and circumstances in which they find themselves are often those to which they are driven, often due to lack of protective and guiding influences in their lives. The society’s role in ensuring both protection and positive opportunities for personal development and growth is thus considered crucial, and a gap in this may lead the child onto darker influences, or a muddied view of socially acceptable actions.

The reasons why India needs to adhere to the 18 year age cut-off for juvenile needs further elaboration.  In addition to adhering to the international conventions ratified by India, there is a scientific basis for arriving at the 18 years cut-off age of adulthood. The process of physical, mental and cognitive development reaches its full potential around this limit; the ability to judge concepts of long-term or future repercussions of their actions, and the ability to comprehend the various dimensions of risk-taking activity evolve; and there is improved coordination between social, emotional and cognitive development.

Conversely, this indicates adolescence as a period where children are not fully capable of thinking through their actions. This is the reason they are considered to be less culpable than adults and the legislations factor in this important differentiation.

Further, the eye of the debate has been focused too tightly on the quantum of punishment rather than looking into what the current approach actually offers, both to the juvenile, and also, for making him/ her accountable. The legislation under scrutiny, i.e., the Juvenile Justice Act, 2000 mandates for an age-appropriate process for dealing with a child in conflict with the law, which is different from the adult system of trial, conviction and punishment. A social legislation, it takes into account the age, circumstances, maturity and nature of crime in the process of holding the child accountable, treating him/ her and offering care and protection towards rehabilitation as well as reformation.

Children cannot be made to pay the price for the inefficiency of a system – clearly reflected in the poor implementation of this legislation. Strengthening the existing system through the effective implementation of the legislation should be the call of the hour, rather than its amendment. Furthermore, one incident, however grave, cannot constitute the basis for amending legislation which is yet to be implemented in its entirety.

We do believe that an amendment to lower the age of a child would violate the very right to equality, life and liberty and would go against the principle of the ‘best interest of the child’. The Government of India by proposing to divert children committing heinous crimes into adult criminal justice system is not only taking a regressive step, but is also going against both the national standards, i.e Constitution of India and International Standards such as the Convention on the Rights of the Child.  There is a purpose, thought and body of knowledge behind the Juvenile Justice System. This move actually questions the very premise that has led to the establishment of the Juvenile Justice system! The need of the hour is to strengthen the implementation of the Juvenile Justice Act in both letter and spirit.

Having worked with and for children for over 30 years, CRY believes that an amendment to lower the age of a child would violate the very right to equality, life and liberty and would go against the principle of the ‘best interest of the child’. The Government of India by proposing to divert children committing heinous crimes into adult criminal justice system is not only taking a regressive step, but is also going against both the national standards, i.e Constitution of India and International Standards such as the Convention on the Rights of the Child.