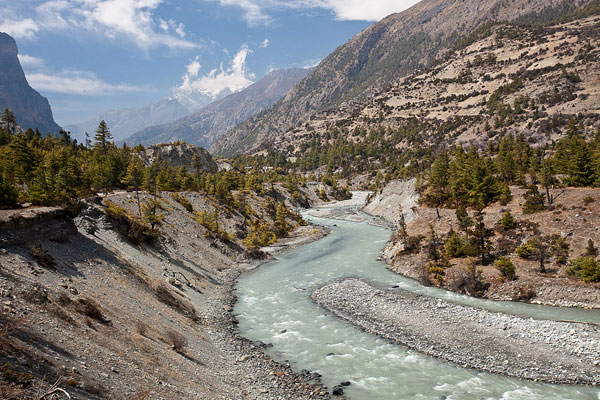 S. Binodkumar Singh, Research Associate, Institute for Conflict Management | | 09 Dec 2014, 03:40 pm
#Nepal
In a clear indication of deepening polarization in the constitution drafting process in Nepal, 20 out of 31 parties represented in the Constituent Assembly (CA), on November 20, 2014, rejected the seven-province proposal of the ruling alliance - the Nepali Congress (NC) and Communist Party of Nepal-Unified Marxist Leninist (CPN-UML). The dissident parties alleged that the joint proposal was against the spirit of the Interim Constitution of 2007 and earlier peace agreements, including the 11-Point Agreement, 7-Point Agreement and 23-Point Agreement. Prime Minister Sushil Koirala, who is also President of the ruling NC, and CPN-UML Chairman K.P. Sharma Oli, had jointly presented the seven-province proposal at a meeting of the Constitutional Political Dialogue and Consensus Committee (CPDCC) on November 3, 2014.

The seven-province proposal primarily focused a federal system, the system of governance, the judicial system and the electoral model. Koshi, Janakpur, Bagmati, Gandaki, Lumbini, Karnali and the Far-West were to be the seven Provinces in the Federal structure, with Kathmandu as the Federal Capital. The proposal also stated that there will be a multiparty parliamentary system of governance; the Supreme Court will be the final authority to interpret the constitution; and all 165 members of the House of Representatives will be elected directly.

On November 17, 2014, the task of resolving disputes in the constitution-making process had already suffered a serious setback, as the meeting of the CPDCC of the CA was deferred until further notice, even as the January 22, 2015, deadline for promulgating a new Constitution was drawing close. CPDCC Chairman Baburam Bhattarai, who is also a Vice-Chairman of the United Communist Party of Nepal - Maoist (UCPN-M), adjourned the meeting for an indefinite period after NC leader Ram Chandra Paudel submitted signatures of 43 of the 71 members of the CPDCC demanding that Bhattarai should forward the NC - CPN-UML seven-province proposal to the CA's full House.

The deadline given to the CPDCC to submit its report to the CA, after four extensions, expired on November 16, 2014. Finally, on December 5, CPDCC, Chairman Baburam Bhattarai, submitted the CPDCC's report to CA Chairman Subas Chandra Nembang, incorporating the joint proposals put forth by NC and CPN-UML, along with opinions of other parties. The CA meeting is now scheduled for December 9, to discuss on the report. The CPDCC was formed on March 27, 2014, and mandated to hold discussions with political parties to settle disputed issues in the constitution-drafting process.

Terming the seven-province proposal against the spirit of consensus and unacceptable, the 22-party alliance led by the main opposition UCPN-M, at a meeting on November 17, 2014, denounced the joint proposal presented by ruling NC and CPN-UML to the CPDCC. Talking to media after the meeting, Tarai Madhes Democratic Party (TMDP) Co-Chair Hridayesh Tripathi argued that the proposal failed to incorporate the spirit of federalism. Similarly, two indigenous people's organizations, including the Nepal Federation of Indigenous Nationalities (NEFIN) and Indigenous Nationalities Movement of Nepal (INMN), announced joint protest programs to guarantee the indigenous people's rights to identity in the new Constitution. Issuing a joint statement, the two organizations declared they had decided to join forces to fight for issues related to inclusion of ethnic identity in the Federal Constitution while the constitution promulgation process was ongoing.

A day later, UCPN-M Chairman Pushpa Kamal Dahal aka Prachanda, argued, "We are the opposition in the Parliament, however, NC and CPN-UML treat us as the opposition even in the CA where, in fact, nothing but constitution-making must be focused on." Likewise, Vice-chairman of the Madhesi Janaadhikar Forum-Democratic (MJF-D) Jitendra Narayan Dev, a key strategist in the 22-party alliance, observed, on November 20, 2014, that the ruling parties secretly prepared their joint proposal and submitted it to the CPDCC without even uttering a word about it in the trilateral meeting held a day before, thus creating deep suspicion in the opposition camp.

Meanwhile, on November 18, CA members representing the Tharu-community from all the parties, including NC and CPN-UML, initiated a signature campaign, opposing the proposal. These lawmakers argued that the seven-province model was a gambit to link Tarai-Madhes to the Hills, and violated the rights of the Tharu community. Earlier, on November 9, 2014, Madhes based lawmakers from NC also submitted their signatures to Prime Minister Koirala, denouncing the seven-province federal model. Further, the United Democratic Madheshi Front (UDMF) comprising six Madhesi parties - MJF-D, TMDP, Madhesi Janaadhikar Forum-Nepal (MJF-N), Sadbhavana Party (SP), Tarai Madhes Sadbhavana Party-Nepal (TMSP-N) and National Madhes Socialist Party (NMSP) - formed a six-member committee on December 4. After a committee meeting on the same day, the front prepared to publicize the State-Restructuring Commission's 10-province federal model as its official proposal.

Federalism is one of the most contentious issues to plague the constitution drafting process. The shifting position of all concerned parties on the subject had complicated it further. Earlier, in a meeting of the alliance of five main Maoist parties of Nepal, at Kathmandu on June 30, 2014, during an extensive interaction on the subject of federalism, the constituent parties expressed their readiness to hit the streets to press the Government to incorporate their agenda in the constitution. Compounding the issue further, on July 11, 2014, the UCPN-M and six Madhesi parties formed the Federal Republican Front (FRF), to push for their demand of identity-based federalism.

On the other hand, the High Level Political Committee (HLPC), another body engaged in drafting of the constitution, met on November 30, 2014, in the presence of CA Chairman Subash Nembang. The meeting of the HLPC ended without making any headway. The HLPC was constituted on March 16, 2013, to 'assist the Government' in resolving possible problems in the political sector. The other contentious issues left to be resolved, apart from federalism, include the restructuring of the state, the electoral system and the judiciary.

Amidst the uncertainty brought about by the differences among major political parties, various groups have launched signature campaigns, rallies, and Short Message Service (SMS) campaigns, to pressure CA members. Significantly, locals in Dhangadhi city of Kailali District, on December 3, 2014, staged a rally to exert pressure on the political parties to promulgate the new statute by January 22, 2015. The rally, in which various civil society organizations took part, was held under a banner that read: "We do not want to be failed again."

Meanwhile, the Mohan Baidya aka Kiran led faction of the Communist Party of Nepal-Maoist (CPN-Maoist-Baidya), which abandoned the UCPN-M on June 19, 2012, split further on November 24, 2014, after a splinter-group led by party secretary Netra Bikram Chand submitted a letter to the CPN-Maoist-Baidya Central Committee, announcing its intentions to separate. Organizing a press conference in Kathmandu on December 1, 2014, the newly formed Chand-led CPN-Maoist (CPN-Maoist-Chand) urged the ruling coalition parties to implement in full the 12-point understanding, the interim constitution and the Comprehensive Peace Agreement (CPA).

Frustrated with the delays in the Constitution writing process, CA Chairman Subas Chandra Nembang stated, on December 5, 2014, "The new Constitution would be possible by January 22 only by shortening, scrapping and suspending several provisions of the CA Rules. If all procedures are to be followed, the new Constitution is possible only by April 15. The fast-track is the only option before us."

Evidently, political parties are sharply divided over both the procedure and the contents of the new Constitution. Growing mistrust has diminished the prospect of the country getting its new charter by January 22, 2015. Sticking to their respective positions, both ruling and opposition fronts have adopted a wait-and-see approach, and a deadlock continues to cripple the process of drafting the new Constitution.