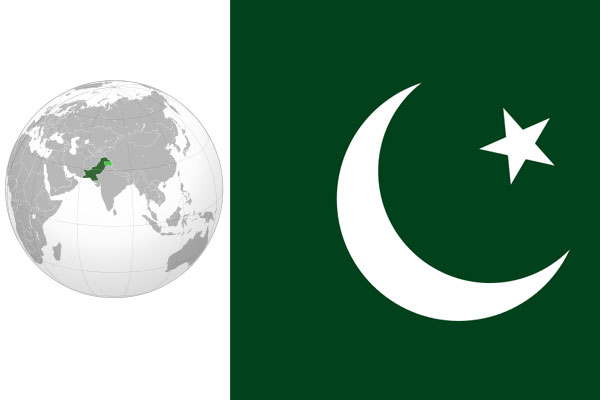 Tushar Ranjan Mohanty, Research Associate, Institute for Conflict Management | | 09 Dec 2014, 03:33 pm
#Pakistan, # Targeting Doctors
Dr. Rubina Khalid (55), a senior professor of the Dow University of Health Sciences and a Sunni, was shot dead by unidentified assailants on University Road in Karachi, the provincial capital of Sindh, in the night of November 25, 2014. Police said it was still unclear whether the shooting was a robbery gone wrong or a targeted murder.

On September 23, 2014, a doctor from the Ahmadiya community, identified as Dr. Mubashar Ahmad Khosa, was shot dead in the Malhi Colony area of Mirpurkhas District in Sindh. According to the reports, the doctor had got a text message half an hour before the murder asking him to come out of his clinic. Abid Khan, spokesman of the Ahmadiyya Muslim Community later stated, “His murder means that he joins a long list of Ahmadi Muslim medical professionals who have been targeted in Pakistan solely because of their faith.”

A Shia Doctor, Dr. Abdul Aziz, was shot dead by unidentified assailants at his clinic near Madni Mosque in Korangi Town of Karachi on September 11, 2014.

Significantly, there has been a major spike in such incidents in recent years. 2014 has, thus far, witnessed 11 killings and two injuries in 11 such attacks, with Sindh accounting for the highest fatalities (8), followed by Punjab (2) and KP (1). Seven killings were recorded in 2013, in seven attacks; and 10 doctors were killed in 2012 in 11 attacks.

These numbers, however, appear to be a considerable underestimate of such targeted attacks on Doctors. At least 19,832 civilians have been killed in Pakistansince 2001, and the professional identity of most of the deceased was not available in open media. Consequently, the number of doctors specifically targeted for killing may be substantially higher.

Indeed, on March 20, 2014, investigative journalist Kamran Khan claimed in his Television programme Aaj Kamran Khan Kay Sath, that, over just the two preceding years, 130 doctors had been killed in Karachi alone. He also claimed that another 150 Doctors were abducted for ransom during this period, clarifying further that targeted terrorism against doctors was not confined to Karachi alone.

PMA President Dr. Idress Adhi disclosed, on August 30, 2014, that PMA as a representative of doctors had knocked the doors of Health Departments, Rangers, Police, other law enforcing agencies, social media and print and electronic media, to help stop the targeted killing of healthcare practitioners in Karachi, but, unfortunately, nobody was willing to play their due role in this regard. He added, “No such example of killing of medical professionals is found in any other country.”

Similarly, on December 27, 2012, Dr. Mirza Ali Azhar, Central Secretary General, PMA, observed that, although no official national numbers were available, in and around Quetta, the provincial capital of Balochistan, alone, at least 16 doctors had been killed and another 27 had been abducted over the preceding two years. Referring to the gravity of the threat, he noted that, nationally, one-third of doctors were under some kind of threat, adding that in KP and FATA "every doctor is feeling threatened in the current situation."

The causes of the sustained assault on doctors in Pakistan differ from province to province. Doctors have been killed and kidnapped in Karachi for ransom and sectarian reason. Dr. Akbar Khalil, a senior leader of PMA, stated, on December 27, 2012, that terrorists seek out doctors and other medical workers because they see them as ‘desirable targets’ in terms of quick payment of ransoms: "People perceive that doctors are the wealthy class. Those doctors who can afford to go abroad are not staying a day in Pakistan." Similarly, Raza Muhammad Raza, a former senator and leader of the Pakhtunkhwa Milli Awami Party noted, "No doubt kidnapping of doctors has turned out to be an easy business for criminals, militants and insurgents."

In the tribal areas of KP and FATA, doctors were targeted mostly in order to terrorize the larger population, as they are the more commonly visible and respected figures of society. Terrorists also whisk away doctors in KP and FATA to provide medical treatment to their associates, as well as to hold them for ransom. An April 28, 2014, news reports quoted an unnamed officer of the Federal Ministry of Interior as stating,

Criminals [terrorists] are kidnapping doctors from areas of KP bordering the tribal areas. Surprisingly, they are being kidnapped since criminals [terrorists] find it difficult to get their accomplices treated in the tribal areas, where they have their hideouts. It has become a challenge for the law-enforcement agencies to protect practicing doctors in KP. The Police are trying to devise some strategy to counter doctors’ kidnappings in the province.

We have only 7,000 doctors for 22 million people in KP and FATA. It is impossible for doctors to pay proper attention to the patients when death looms over them. The militants are bent upon exposing the people to disease because they are eliminating the doctors at will.

172,289 doctors are registered in Pakistan for a population of 196,174,380, resulting in doctor-to-population ratio of 1:1138, below the World Health Organisation (WHO) recommended minimum of 1:1000. Pakistan Islamic Medical Association President Dr. Misbahul Aziz observed, on April 5, 2014, that the situation of healthcare services in rural areas was the worst, as a majority of Rural Health Centres (RHCs) lacked doctors, medical staff, medicines, equipments, toilets, provision of clean drinking water, electricity, etc. This fragile system has come under further and severe pressure due to its targeting by terrorists.

Where they have not looked the other way, law enforcement agencies have come up with impractical solutions. For instance, Peshawar Capital City Police Officer, Dr. Imtiaz Altaf declared, on March 22, 2013, "We have deployed policemen in the areas where Shia doctors work. The doctors have also been advised to restrict their movements." Further, during a meeting between a high level PMA delegation and Major General Rizwan, Chief of the Rangers in Karachi, on March 30, 2014, it was agreed that all doctors would be facilitated to secure weapons' licenses for their personal protection and would be trained for the proper use of weapons. Doctors would also be allowed to carry their weapons without any legal or administrative hindrance.

This bizarre decision comes in the wake of the fact that authorities in the port city of Karachi have been struggling unsuccessfully to de-weaponize the city since 1993. Moreover, since the targeted killing of doctors is just another aspect of the widening menace of terrorism that has flourished across the country as a result of ambivalent, often mischievous, state policies, these ineffective and often absurd measures are bound to fail.

(The view expressed is of the writer and not IBNS)