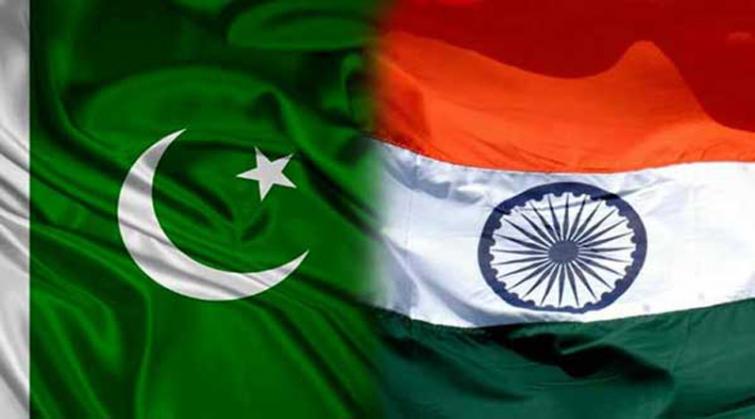 Punjab: Turbulence at the Border

On August 22, 2020, Border Security Force (BSF) personnel shot dead five unidentified armed Pakistani intruders in the Tarn Taran District of Punjab. A BSF spokesperson said that after suspicious activity was noticed near the India-Pakistan International Border (IB) in the region, the troopers “cordoned the area and challenged the intruders to stop and surrender. The Pakistani armed intruders did not pay any heed to the challenge and opened fire on the BSF troops resulting in a gun-battle.” Later, the troopers recovered dead bodies of five slain intruders along with nine packets containing 9.92 kilograms heroin, an AK-47 rifle, four 9mm Beretta pistols, and some ammunition.

This was the most violent incident, in terms of the number of fatalities, recorded along the India-Pakistan International Border in Punjab, since 2000, according to data compiled by the Institute for Conflict Management (ICM).

The worst previous incident was recorded on January 21, 2014, when BSF troops deployed in the area of Border Out Post (BOP) Naushera Dhalla in Amritsar District, shot dead three Pakistani intruders and recovered 20 kilograms of narcotics and ammunition.

Other prominent incidents of violence include:

March 29, 2012: BSF personnel killed three intruders and recovered 10 kilograms of heroin and one pistol from the check post near pillar number 72/17, close to the Sundergarh border outpost near the India-Pakistan International Border.

March 19, 2012: A patrolling party of the BSF shot dead three Pakistani intruders near Amarkot village in Amritsar District and recovered 22 kilograms of heroin.

According to partial data compiled by ICM, since 2000, at least 22 violent incidents have been reported along the IB in Punjab (data till August 30, 2020). These incidents have resulted in a total of 33 killings (all intruders) and two injuries (both intruders), and 13 arrests.

It has been found that the perpetrators in most of these violent incidents along the border were Pakistani intruders attempting to smuggle 'composite consignments' [weapons/drugs/Fake Indian Currency Notes (FICN)] into the State, and thereafter, further into the rest of India, in order to help Pakistan-backed terrorist groups replenish their coffers as well as their armories. Indeed, on August 23, 2020, a day after the gun battle at the Border, BSF personnel detained four persons after a raid in the remote rural belt along the IB in Tarn Taran for their links with the five slain Pakistani intruders in the District. The Senior Superintendent of Police (SSP), Dhruman Nimbale, later disclosed,

Prima facie it appears to be an attempt to push narcotics from the Pakistan side in connivance with drug smugglers on this side of the border. Also, we unlocked the two mobile phones recovered from the scene. The call details and data led us to some border-belt residents. The phones have been sent for technical forensic examination, as it may lead us to more drug operators.

SAIR has already highlighted  the increasing use of the air and water routes to smuggle ‘composite consignments’, the former using drones.

More recently, according to an August 23, 2020, report, the BSF issued an alert that “Pakistan’s ISI plans to pump in a massive consignment of drugs, arms and ammunition inside India with the help of drones”. The intelligence wing of BSF also alerted the Security Forces (SFs) that Pakistan intended to use drones to attack security establishments near the IB in Jammu and Kashmir’s RS Pura and Samba sectors. The possibilities of such attacks in Punjab cannot be ruled out.

Further, according to an August 17, 2020, report, intruders from Pakistan were trying to use water channels to push 'composite consignments' into Indian territory. In this context, an unnamed BSF official stated,

Enhanced vigilance by the BSF has thwarted the attempts from Pakistan to push consignments of contraband items into India and that is why they have now chosen riverine areas to push such consignments.

Indeed, sources indicate that at least 72 incidents of seizures of ‘composite consignments’ were reported from border districts of Amritsar, Ferozepur and Gurdaspur between 2009 and 2019. The recoveries included drugs such as of heroin, opium, etc.; and weapons and ammunition including AK-47/56 rifles, pistols, and RDX, as well as counterfeit currency (Fake Indian Currency Notes, FICN). Pakistan’s external intelligence agency, the Inter-Services Intelligence (ISI) uses the services of a common network of ‘drug smugglers/couriers’ to push in ‘composite consignments’ into Indian Punjab from Pakistan, exploiting gaps along the land and riverine border. The ‘drug smugglers/couriers’ working under the ISI’s aegis also throw the consignment over the Border fence in areas where infiltration is not suspected. Their Indian partners later collect the goods.

Meanwhile, according to an August 24, 2020 report, in a drive against the use of drones by the Pakistani operatives, the BSF, with the help of other security agencies is conducting anti-drone tests along the India-Pakistan border to shoot down any drone carrying weapon-load for terrorists in Punjab and Jammu and Kashmir.

To combat the narcotics menace in the State, the Narcotics Control Bureau had recently decided to undertake efforts and coordinate a crackdown along with the Punjab Special Task Force and the BSF, against drug traffickers and syndicates that operate along the India-Pakistan border.

…while the back of the drugs mafia had been successfully broken, the war is still continuing, with narco-terrorists from across the border continuing to push drugs into Punjab, using drones and other routes.

The Security Forces have demonstrated their capabilities in neutralizing narco-terrorist networks and have neutralized numerous attempts by cross-border operatives to push ‘composite consignments’ into Punjab. However, given Pakistan’s incessant efforts to create turmoil in Punjab, the security agencies will have to step up vigilance to neutralize every attempt to destabilize the situation in the State.