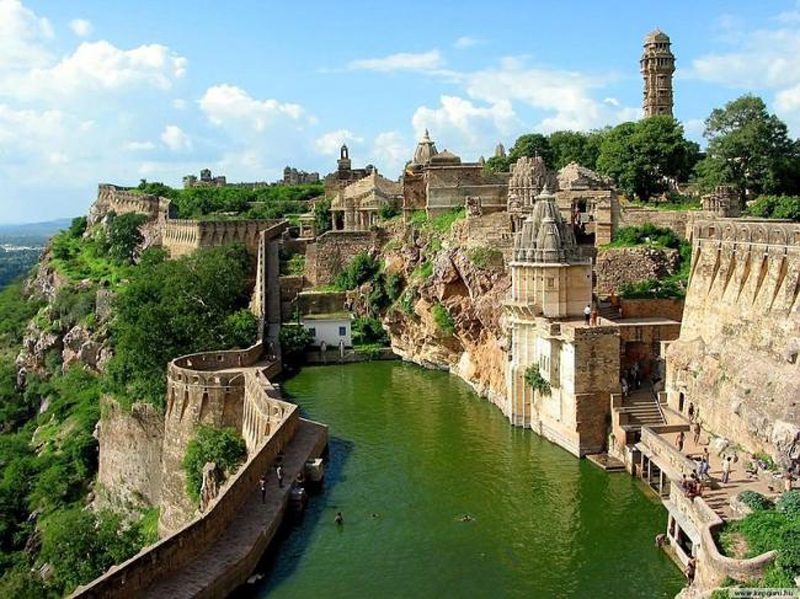 On July 9, 2020, 25 CPI-Maoist cadres, including four women, surrendered before SFs in the Dantewada District. Of the 25 cadres, Budhram Tamo (48), head of the Dandakaranya Adivasi Kisan Mazdoor Sangthan (DAKMS – a Maoist front organization); Manjhi Barse (35), head of a ‘jan militia’ group; and a woman cadre, Deve Sodhi, head of the Krantikari Mahila Adivasi Sangthan (KAMS – another Maoist front), each carried cash rewards of INR 100,000 on their heads. The rest were lower-rung members, mostly belonging to DAKMS, KAMS and jan militia groups, according to SP Abhishek Pallava.

On July 8, 2020, a Maoist couple, identified as Prakash aka Pandu and his wife Hadme Kartami, surrendered in Dantewada District. According to SP Abhishek Pallava, Pandu was a member of the CPI-Maoist’s ‘platoon number 24’ and also a medical team member; while his wife was a member of the Chetna Nataya Mandali (CNM), a CPI-Maoist front. Pandu carried a cash reward of INR 200,000 on his head and was involved in an ambush in the National Mineral Development Corporation Plant area on May 13, 2012, in which six SF personnel and a civilian were killed. He was also part of a Maoist team that triggered an Improvised Explosive Device explosion in Cholnar village in Dantewada on April 13, 2015, which claimed the lives of five SF personnel.

According to partial data collated by South Asia Terrorism Portal (SATP), 73 Maoists have surrendered in Dantewada in the current year, thus far (data till July 19, 2020). During the corresponding period of 2019, two Maoists had surrendered in the District. The total number of surrendered Maoists in Dantewada through 2019 stood at 48.

According to the SP Abhishek Pallava, all the surrendered Maoists had been influenced by the lucrative campaign Lon Varratu (a local Gondi dialect expression, meaning ‘return to your village’) launched by the District Police on June 12, 2020.

Under the Lon Varratu initiative, the Police have been putting up posters and banners in the villages from where Naxals [Left Wing Extremists, LWEs] are drawn, particularly those who carry cash rewards on their heads. The posters reportedly mention the names of the rebels and appeal to them to join the mainstream. The scheme provides immediate assistance of INR 10,000 to everyone who turns themselves in, with additional benefits in accordance with the Government's surrender and rehabilitation policy. SP Abhishek Pallava disclosed,

In the posters and banners, we have mentioned the names of the cadres, their ranks, and reward amount, along with a message urging them to quit Naxalism and avail the benefits of surrender and rehabilitation policy of the Government. We have also initiated interaction with the family members of the prominent Naxalites to persuade them to motivate their kin who have joined the CPI-Maoist to surrender and lead a normal life.

Moreover, as a part of the Lon Varratu campaign, the Chhattisgarh Police on June 27, 2020, released a list of 34 'Most Wanted' Maoists in the State. In an attempt to wean away the rank and file, the list had details of top Maoist leaders including Nambala Keshav Rao aka Basavaraj, CPI-Maoist 'general secretary', Mupalla Lakshman Rao aka Ganapathi, 'Politburo' and 'Central Committee' (CC) member, Kattam Sudarshan, 'Politburo' and 'CC' member, and Mallojula Venugopal, 'Politburo' and 'CC' member, as well as CPI-Maoist 'spokesperson' in neighboring Telangana, each of whom carry cash rewards of INR 10 million on their heads.

According to the Inspector General of Police (IGP), Bastar range, Sundarraj Patilingam, the intention behind releasing the details of the top leaders is primarily to disengage and re-educate the local rebels. IGP Sundarraj noted,

The top leaders of Maoists are from States like Telangana, Maharashtra, Andhra Pradesh, Odisha and other regions, who indoctrinate local [Chhattisgarh] youths and misguide them. We exposed them to let the lower-rung Maoist cadres from Bastar region realise the 'anti-development and hollow ideology' of the Left-Wing Extremism (LWE).

Recently, according to a July 12, 2020, report, the State Police, with the aim of adding impetus to the ongoing Lon Varratu campaign, decided to facilitate farming as a livelihood for the surrendered rebels. According to this renewed 'tactical move' of the Police,

Any tribal village with a minimum of ten surrendered cadres will get a tractor and other equipment for agriculture practice free of cost, for their subsistence. The more surrendered Maoists there are, the better would be circumstances for them and their inhabited village.

Under the campaign, after renouncing the CPI-Maoist, the surrendered cadres are reportedly willing to undertake farming and cultivation in their villages through 'Self-Help Groups' (SHGs). In this context, the SP Abhishek Pallava observed,

Usually, we find SHG comprised only of women. But first time, Bastar is witnessing the creation of SHGs of surrendered Maoists with both males and females as members. The tractor and other agriculture equipment would be provided to them free through the panchayats. Besides they would be given vocational training suited to the local needs and further monitor the development of their hamlets (sic).

Falling within the troubled Bastar Division of Chhattisgarh, Dantewada, which shares borders with Bijapur, Sukma, Bastar, and Narayanpur Districts – all of which are listed among the ‘30 worst Maoist-affected’ Districts in the country, has been the epicenter of LWE-linked violence in Chhattisgarh.

Since March 6, 2000, when SATP started compiling data on LWE-linked violence, Dantewada has recorded 1,143 fatalities (341 civilians, 409 SF personnel, 387 LWEs, and six Not Specified) in such violence. Dantewada is the worst LWE-affected District in terms of overall fatalities in Chhattisgarh, followed by Bijapur (759 fatalities) and Sukma (427).

By crafting the Lon Varratu initiative, SFs have done a remarkable job in consolidating the gains achieved, at a time when the District is dealing with residual risks posed by the Maoists.

Nonetheless, the initiative is yet to pave the way for rebels from the interior villages, where they have a strong presence, to return to normal life. According to SP Abhishek Pallava, there are roughly 200 active Maoists in remote villages in Dantewada, who carry cash rewards on their heads and they are yet to join the mainstream. Additionally, according to Police estimates, about 4,500 Maoist cadres (from its political and military wings) live in the forests of Bastar Division – comprising Bastar, Bijapur, Dantewada, Kanker, Kondagaon, Narayanpur and Sukma Districts. Moreover, more than 200,000 people, including women and children, in Bastar are Sangham Sadasyas (Association Members) of the CPI-Maoist.

Worryingly, according to a June 26, 2020, report, the Maoists organized a three-day program (June 18-20) in the remote villages at the border of Dantewada, Sukma and Bijapur Districts in the State. Around 10,000 people reportedly attended the gathering, which was addressed by top Maoist leaders, including Nambala Keshav Rao aka Basavaraj, Mandavi Hidma, head of the CPI-Maoist 'battalion number 1', 'CC' members - Kosa aka Kadari Satyanarayan Reddy and P. Tirupathi aka Devji - and senior woman Maoist leader Sujata aka Moyna. An unnamed Police officer said,

During the meeting, a senior-level discussion took place over the successor of Maoist leader Ravula Srinivas aka Ramanna (56), who died on December 09, 2019, and was in charge of Dandakaranya Special Zonal Committee (DKSZC). A review meeting of the 'Tactical Counter Offensive Campaign' (TCOC) also took place.

All efforts should be made to ensure that Lon Varratu continues to attract more Maoists in Dantewada to join the mainstream. This campaign could be instrumental in bringing an end to Maoist violence, and would need to be coupled with aggressive operations by SFs, particularly in the difficult terrains of the Dantewada District in particular, and the surrounding areas at large.