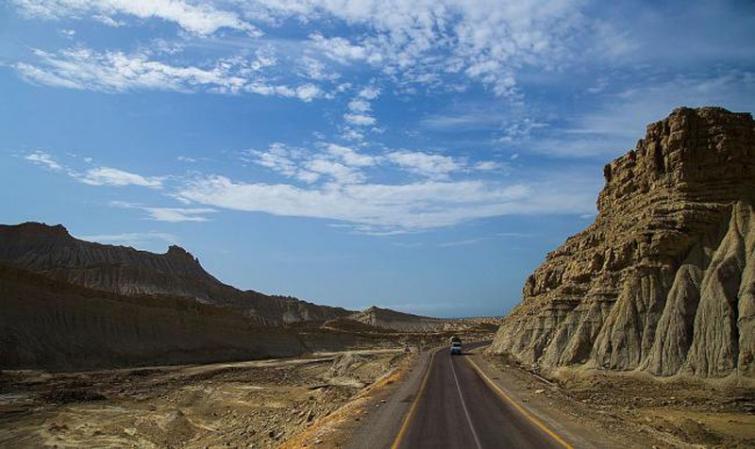 On May 19, 2020, six Frontier Corps (FC) soldiers were killed when unidentified militants targeted their vehicle using improvised explosive devices (IEDs) in the Mach District of Balochistan on May 19, 2020. No group has so far claimed responsibility for the attack.

TOn May 8, 2020, five FC soldiers and one officer were killed when their vehicle was targeted with an IED at Kallag, near the Pakistan-Iran border, in the Tigran area of Kech District. In a tweet, the ISPR said the security personnel were returning from patrolling in Buleda - 14 kilometres from the Pakistan-Iran border - to "check possible routes used by terrorists in the mountainous terrain of Makran". The Baloch Liberation Army (BLA) claimed responsibility of the attack saying,

The Pakistani military has advanced operations in Tigran and other areas of Turbat over the past several days, targeting Baloch civilians, including harassing women and children.

The BLA statement accused the Army officer killed in the attack to be “directly involved in the formation and leading of so-called death squads of criminal gangs operated by the army” in the Kech region. The statement also accused the army officer of helping drug dealers and arming them to take on the rebels.

On February 20, 2020, five Security Force (SF) personnel were killed and three were injured after militants attacked a check post in the Turbat District of Balochistan. Three militants were also killed in the subsequent exchange of fire between the SF personnel and militants. There was no claim of responsibility, but the attack took place an area where Baloch separatists frequently target Pakistani security convoys and checkpoints.

On February 19, 2020, at least 16 Army personnel were killed in an attack by Balochistan Liberation Tigers (BLT) at an Army post in the Singsila area of the Dera Bugti District of Balochistan. BLT militants also seized all weapons and ammunition kept at the post and subsequently set the post on fire. This attack was the worst on SFs by a Baloch group. The previous worst attack by a Baloch group targeting SFs was recorded on February 1, 2012, when at least 15 FC personnel were killed and 12 were injured in an attack on four FC check posts near the Margat Coalmines in Mach District. Mirak Baloch, who introduced himself as the BLA spokesperson, claiming the attack declaring, “It is a reaction to the January 31, 2012, killings of granddaughter and great-grand-daughter of Nawab Akbar Bugti in Karachi.”

According to partial data compiled by the South Asia Terrorism Portal (SATP), since March 6, 2000, when SATP started compiling data on conflict in Pakistan, Balochistan has accounted for a total of 1,529 SF fatalities. A maximum of 178 fatalities were registered in 2012.

As has been noted  on several occasions in the past, the North is afflicted by Islamist extremist groups such as the Tehreek-Taliban Pakistan (TTP) and the Lashkar-e-Jhangvi (LeJ). Baloch nationalist insurgent groups operate in the South. The major Baloch insurgent groups include the Baloch Republican Army (BRA), BLA, BLT and United Baloch Army (UBA).

Though SFs are significantly targeted by Islamist terrorist formations such as TTP and LeJ in North Balochistan, the principal focus of their attention is on Baloch insurgent groups and minority or sectarian groupings. Significantly, out of 1,392 terrorists killed in Balochistan since the formation of the TTP in December 2007, the group identity of 310 has been confirmed, so far. More than 63 per cent of these (197 in total) are from five Baloch insurgent groups – BLA (110), Baloch Liberation Front (BLF, 44), BRA (31), UBA (10) and Lashkar-e-Balochistan (2).

Moreover, a systematic campaign of extermination of ethnic Baloch people through enforced disappearances and extrajudicial killings in the South remains unabated. According to partial data compiled by SATP, of the 4,476 civilian fatalities recorded in Balochistan since March 6, 2000 (data till June 7, 2020), at least 1,399 have been attributable to one or another terrorist/insurgent outfit. Of these, 436 civilian killings (263 in the South and 173 in the North) have been claimed by Baloch separatist formations, while Islamist and sectarian extremist formations – primarily Islamic State, Lashkar-e-Jhangvi (LeJ), TTP and Ahrar-ul-Hind (Liberators of India) – claimed responsibility for another 963 civilian killings, 880 in the North (mostly in and around Quetta) and 83 in the South. The remaining 3,077 civilian fatalities – 1,712 in the South and 1,365 in the North – remain 'unattributed'. It is widely believed that Security Agencies engage in “kill and dump” operations, particularly in the Southern region, targeting local Baloch dissidents, a reality that Pakistan’s Supreme Court has clearly recognized.

A large proportion of the ‘unattributed’ fatalities, particularly in the Southern region, are believed to be the result of enforced disappearances carried out by state agencies, or by their proxies, prominently including the Tehreek-e-Nafaz-e-Aman Balochistan (TNAB, Movement for the Restoration of Peace, Balochistan). TNAB is a militia formation operating in the province of Balochistan, especially in Khuzdar, since 2012. The TNAB leader is Shafique Mengal, also known as Mullah Shafique. The group’s main target is Baloch nationalists.

Meanwhile, the Human Rights Commission of Balochistan (HRCB), in a report released on May 8, 2020, disclosed that Balochistan witnessed a surge in military raids with 16 killed and 45 abducted in April, amid the COVID-19 lockdown. As many as 73 people had been picked up by the Pakistani forces, including students, women, children, and infants, though 28 were later released. The whereabouts of the remaining 45 are unknown. Settlements were burned down in weeks-long military actions in the Kech, Panjgur, and Awaran Districts which left people homeless, including those returning from the state’s torture cells.

Pakistan’s establishment expectedly took action against HRCB for defying media censorship. On May 12, the Government imposed an indefinite ban on HRCB’s official website (also known as Hakkpaan). Over the past years, HRCB has been actively working in Balochistan to collect information about ongoing human rights abuses and to report them to the international media and organizations. Its website remains accessible outside Pakistan.

Subsequent to the blocking of its website in Pakistan, HRCB expressed the fear that Pakistani authorities might target their “volunteers and office-bearers who are living in the country.”  Their apprehension is not unfounded, as state agencies have had little compunction in targeting journalists and human rights workers in the past.

Baloch journalist Sajid Hussain, who was living in exile in Sweden and had been missing since March 2, 2020, from Uppsala, was found dead on April 23, 2020, in the Fyris River, outside Uppsala. According to one of Hussain's close friends, who is based in Sweden as well, Hussain was last seen boarding a train from Stockholm to Uppsala to collect keys to his new apartment and to leave his personal belongings there. Hussain, hailing from Balochistan, was working as a part-time professor in Uppsala, about 60 kilometres north of Stockholm. He was also the chief editor of Balochistan Times, an online magazine he had set up, in which he wrote about drug trafficking, forced disappearances and a long-running insurgency. Balochistan Times on May 2, wrote,

His work often got him into trouble as the authorities did not like his reporting of Balochistan's forbidden stories, the reason he had to leave and live in exile.

Hussain left Pakistan in 2012 following a Police raid on his house and subsequent threats on his life. He first moved to Oman, then to UAE, then Uganda, before moving to Sweden in 2017.

Further, on May 2, 2020, two Baloch student activists Shahdad Baloch and Ehsan Baloch, both graduates from Quaid-e-Azam University in Islamabad, were killed by SFs in Kalat District. Both the graduates were critical of the Pakistani establishment for exploitation of the natural resources and gross human rights violations in Balochistan.

Some of the other prominent killings/disappearances of Baloch journalist/activists overt the past five years include:

February 2, 2019: Muhammad Ibrahim Arman Luni, a Baloch rights activist, died in hospital after reportedly being beaten by the Police in the Loralai District of Balochistan for his peaceful sit-in protest. Luni had repeatedly protested alleged targeted killings by the state and had criticized the state for marginalizing Pashtuns. He had also raised awareness for those affected by militancy and Army operations in Khyber Pakhtunkhwa and Balochistan.
July 30, 2018: A local journalist Jamil Ahmed, a sub-editor at a daily, Azadi, was shot at and critically injured in the Kirani road area on the outskirts of Quetta. Ahmed was going home after completing his shift late at night, when armed men shot him several times in the Kirani road area.
January 12, 2017: Unidentified assailants shot dead a journalist, Muhammad Jan (37), in Kalat town in Balochistan. Muhammad Jan, who worked for local Urdu language daily newspaper, Qudrat, was shot dead while he was on his way home on a motorcycle.
April 24, 2015: Baloch activist and journalist Sabeen Mahmud was shot dead by unidentified assailants in the Phase-II area of the Defence Housing Authority (DHA) in Karachi, the provincial capital of Sindh. Sabeen, accompanied by her mother, was just returning home after organizing a discussion on 'Unsilencing Balochistan' at 'The Second Floor' (T2F), a café that had been developed as a forum for open debates, of which she was Director. The panellists in the discussion included 'Mama' Abdul Qadeer Baloch, the President of VBMP, who had led a 'long march' to protest forcible disappearances in Balochistan; Baloch activists Farzana Baloch and Mir Muhammad Ali Talpur; and journalists Malik Siraj Akbar and Wusut Ullah Khan.

On May 25, 2020, amid the COVID-19 outbreak in the region and rest of the world, a Paris-based NGO, the Baloch Voice Association, organised a virtual conference "Prevent genocide in Balochistan and end eliminations with impunity". The speakers included prominent human rights activists from Balochistan and western analysts who accused the Pakistan Army of being responsible for enforced disappearances, torture and killing of intellectuals, students and political activists in the Province.

A similar concern was raised by Allah Nizar Baloch, the leader of BLF, on March 28, 2020. He asserted,

We believe that the Pakistan Army would use the COVID-19 outbreak to expand its occupation and stranglehold over Balochistan while continuing its atrocities and genocide of the Baloch.


Amid the swelling attacks on SF personnel in the Province, Chief of Army Staff (CoAS) General Qamar Javed Bajwa, visited Quetta on May 13, 2020, and tried to woo the Baloch people. He stated that Balochistan was the future of Pakistan and it was the Army’s duty to fully assist its government and the people towards a peaceful and prosperous future. Bajwa directed all commanders to reach out to the people in far-flung areas of Balochistan to help mitigate challenges faced by the masses due to COVID-19.

The grim reality, however, is that the anger and mistrust of the Baloch people towards Pakistani SFs, generated by a long history of atrocities, as well as against the administration as a result of persistent neglect, is unlikely to subside. As long as the people of Balochistan continue suffer at the hands of the SFs and an exploitative, iniquitous administration, the restive region will continue to see targeted attack against the SFs.