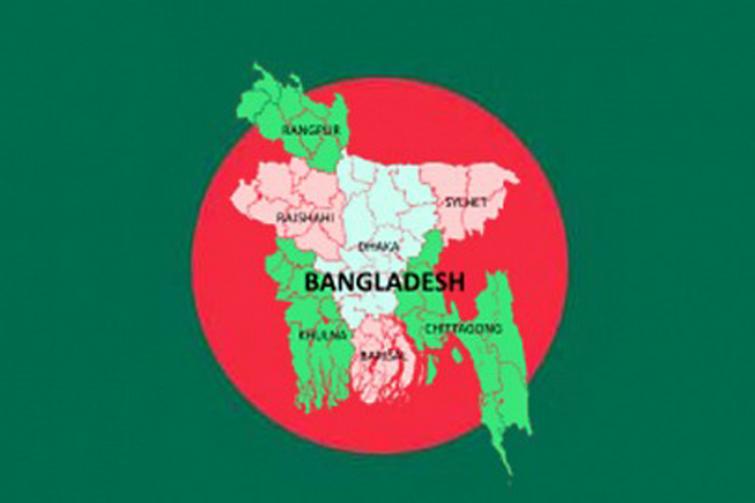 On May 16, 2020, Police arrested two people from the Lamchari village of Matlab Dakkhin upazila (sub District) in Chandpur District in a case filed under the Digital Security Act (DSA). The arrestees – Sumon Biswas and Adhir Chandra Mallik – had been allegedly making derogatory comments about Islam, Prime Minister Sheikh Hasina and the Bangladesh Police on Facebook for the preceding few days.

On May 6, 2020, the Rapid Action Battalion (RAB) arrested cartoonist Ahmed Kabir Kishore, writer Mushtaq Ahmed, and two others – Didarul Islam Bhuiyan, an activist of a platform called 'Rashtrachinta', and Minhaz Mannan Emon, a businessman – under DSA, allegedly for making anti-Government posts on Facebook, from the capital, Dhaka city. A total of 11 persons were accused in the case filed under DSA. The seven others accused in the case were Tasnim Khalil, Shahed Alam, Saer Zulkarnain, Ashiq Imran, Phillipp Schuhmacher, Shapan Wahid and Asif Mohiuddin. These seven live outside Bangladesh.

On May 5, 2020, Mahtab Uddin Talukder, Sunamganj District correspondent of private television channel SATV, was arrested from his residence under the DSA for posting a status on his Facebook page allegedly defaming Sunamganj-1 Constituency’s ruling Awami League (AL) Member of Parliament (MP) Moazzem Hossain Ratan. The MP had been interrogated by Anti-Corruption Commission (ACC) officials on February 18, 2020, for his alleged involvement in money laundering and the casino business.

Among various provisions of the Digital Security Act, the followings are the more alarming:

In addition to the sweeping provisions themselves, it is the protracted jail sentences prescribed that are a cause of worry and source of intimidation. According to the International Federation for Human Rights, there have been more than 1,000 cases filed under the DSA since it was introduced in 2018.

Indeed, the Sampadak Parishad (Editors' Council), a nationwide professional association of newspaper Editors, has been protesting against the DSA since it came into effect on October 8, 2018. The Editors' Council identified fundamental flaws in the DSA:

In trying to make a law to prevent crimes through digital devices and provide security in the digital sphere, the act ends up policing media operations, censoring content and controlling media freedom and freedom of speech and expression as guaranteed by our constitution.
The act gives unlimited power to the police to enter premises, search offices, bodily search persons, seize computers and networks, servers, and everything related to the digital platforms. According to the Act, the police can arrest anybody on suspicion without warrant and do not need any approval of any authorities.
The act suffers from vagueness and uses many terms that can be misinterpreted and used against the media.
DSA will create an atmosphere of fear and intimidation which will make journalism and especially investigative journalism virtually impossible.
Other than media professionals, the law will create panic among all users of computers, computer networks, etc.

On June 18, 2019, Asia Internet Coalition, a Coalition of which Facebook, Google, Amazon, LinkedIn, Twitter, and Yahoo!, among others, are members, pointed out that Bangladesh’s DSA creates several obstacles to the conducive use of the internet ecosystem due to several vague obligations, unchecked powers, disproportionate penalties, and unworkable compliance requirements.

DSA has become a custom-made judicial weapon for silencing ‘troublesome’ journalists and has created an environment of fear and intimidation under which normal functioning of journalists has become extremely risky, if not impossible. Not surprisingly, since the enactment of DSA, self-censorship has reached unprecedented levels because editors are reluctant to risk imprisonment or the closure of their media outlets.

Further, blocking access to news websites and consequently stifling press freedom is another developing phenomenon in Bangladesh. In December 2019, authorities in Bangladesh blocked access to Netra News, a Sweden-based investigative journalism portal, within three days of the outlet carrying allegations of corruption against Obaidul Quader, the country’s Minister of Road Transport and Bridges, and General Secretary of the ruling AL. In March 2019, the Bangladesh Government blocked Al Jazeera's English news website hours after it published an article detailing the alleged involvement of Tarique Ahmed Siddique, Prime Minister Sheikh Hasina's Security Adviser and head of the Directorate General of Forces Intelligence (DGFI), the country's military intelligence agency, in the disappearance of three men as part of a business dispute involving his wife. In December 2018, the Bangladesh Telecommunication Regulatory Commission (BTRC) had ordered 54 news portals to be blocked to prevent spread of propaganda ahead of the December 30 National Election. In November 2017, Indian news website The Wire was cut off after it published a story on the alleged role of the DGFI in the disappearance of an academic, Mubashar Hasan.

Meanwhile, radical Islamist militants continue to murder journalists and bloggers who dare to defend an overly secular vision of society. According to partial data compiled by the South Asia Terrorism Portal (SATP), a total of at least 36 journalists and bloggers have been killed since the commencement of the 2013 Shahbagh Movement. The last incident of killing was on June 11, 2018, in which Shahzahan Bachchu (60), an outspoken proponent of secular principles and owner of a publishing house 'Bishaka Prokashoni' was gunned down in his ancestral village, Kakaldi in Munshiganj District.

Unsurprisingly, Reporters Sans Frontières, in its 2020 World Press Freedom Index dropped Bangladesh to 151st out of 180 countries – the lowest ranking it has ever received. It was at the 150th position in 2019 and 146th in 2018.

Legitimate concerns regarding the abuse of the Internet and social media, particularly by extremist and terrorist formations as well as by unscrupulous political and criminal elements, do require legislation for the regulation of these media. But the sweeping provisions of DSA, and the use against journalists carrying out legitimate investigations and reportage, cannot be part of a legitimate response to these concerns. The arbitrary arrests and a crackdown on freedom of expression under the draconian DSA raise critical questions of intent and accountability of the Government. Ensuring the freedom of the Media, as well as the safety of media professionals and the civil discourse, both from state intimidation as well as from the threat from radical Islamist forces, even as the state is empowered to act against intentional malfeasance, must be the objective of both legislation and practice with regard to regulation of the Media. Freedom of the Media and acceptance of criticism are crucial for the survival of democracy in Bangladesh.