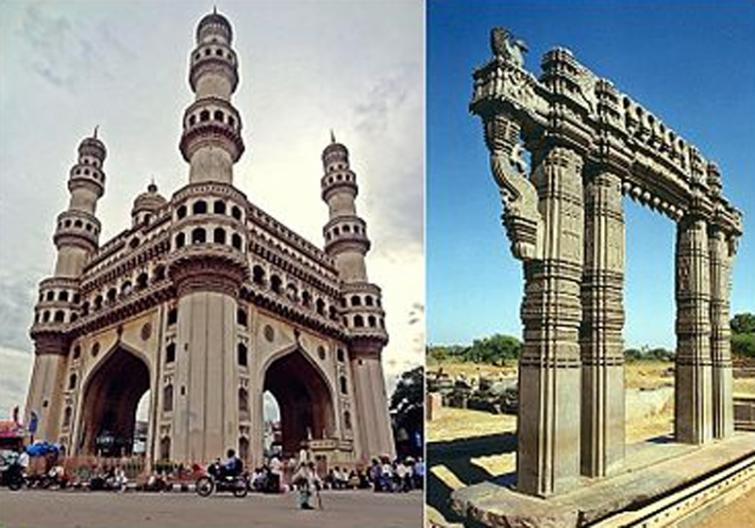 On March 21, 2020, a Communist Party of India-Maoist (CPI-Maoist) couple, identified as Gandrakoti Mallesham alias Mallaiah alias Kiran (35), and his wife Chintha Srilatha alias Hyma (34); surrendered to the Police at Hanamkonda in Warangal District. Mallesham, a native of Intikanne village under Kesamudram Mandal (administrative sub-division), held the posts of ‘divisional committee member, DCM’ and was also in charge of the ‘central regional bureau (CRB) – communication’. He carried a reward of INR 400,000 on his head, while, Srilatha, a native of Rampur village under Kothaguda Mandal in Mahabubabad District, held the post of the ‘DCM’ of the ‘Dandakaranya Special Zone Committee (DKSZC)’. She carried a reward of INR 100,000 on her head.

On March 15, 2020, a CPI-Maoist cadre of the ‘Kistaram Special Guerrilla Squad (SGS)’, identified as Sodi Unga (28), surrendered before the Police in Bhadradri Kothagudem District. Unga, a resident of Gattapadu village in the Sukma District of Chhattisgarh, had joined the outfit as ‘Chetna Natya Manch (CNM)’ member in 2015 under the influence of ‘Kistaram Local Organisation Squad (LOS)’ ‘commander’ Sabhita. After being promoted as Dalam member in 2018, he was shifted to the Kistaram SGS and was last working in the Prakash Dalam.

On February 7, 2020, Podium Santhosh alias Vikram (18), a Dalam member of the CPI-Maoist’s ‘Bhadradri Kothagudem-East Godavari (BK-EG) division’, surrendered before Police in Bhadradri Kothagudem District. Santhosh, a native of Kistarampadu village of Cherla Mandal had joined the outfit in 2018 as a ‘militia’ (Maoist People’s Army) member under guidance of the Cherla area ‘militia commander’ Sodi Jogaiah. He was trained and promoted as Dalam member and was last serving as a guard to the Maoists’ ‘Telangana State Committee’ member and Bhadradri Kothagudem-East Godavari ‘secretary’ Azad.

According to partial data collated by the South Asia Terrorism Portal (SATP), at least five Naxalites (Left Wing Extremists) have already surrendered in the current year (data till April 12, 2020). Nine Naxalites had surrendered in 2019, in Telengana, in addition to 10 surrenders in 2018. In total, 83 Naxalites have surrendered since June 2, 2014, when the State was formed.

In the meantime, the Security Forces (SFs) arrested three Maoists from the outskirts of Konayapalem village at Enkoor in the Khammam District of Telangana on March 16, 2020, the only arrests stands in the current year (data till April 12, 2020). At least 98 Naxalites were arrested through 2019, in addition to 54 arrested in 2018. A total of 300 Naxalites have been arrested since June 2, 2014.

The State recorded two incidents of killing resulting in two fatalities (both Maoists) through 2019. One Maoist was killed in 2018. Since June 2, 2014, the SFs have eliminated 20 Naxalites.

On the other hand, SFs have not suffered a single loss in the State since its formation. Further, the State recorded eight civilian fatalities since its formation, the last of these reported on September 10, 2018, when CPI-Maoist cadres killed a tribal farmer, identified as Irpa Venkateswarlu (52), branding him a ‘police informer’ in Kurnavalli forest area in Bhadradri Kothagudem District.

The Maoists have failed to make deep inroad inside Telangana since the formation of the State, and their efforts faced further setbacks through 2019. There are, nevertheless, some points of concern.

A March 18, 2020, report revealed that the Maoists had initiated activities in the Komaram Bheem and Mancherial Districts, to recruit new members. It is learnt that Maoists from Chhattisgarh have intruded into the bordering parts of these two Districts to strengthen their cadre base. Telangana shares its borders with the East Godavari, Guntur, Krishna, Kurnool, Prakasam, and West Godavari Districts of Andhra Pradesh; Bijapur and Sukma Districts of Chhattisgarh; Bidar, Kalaburagi, Raichur, and Yadgir Districts of Karnataka; and the Gadchiroli District of Maharashtra.

Director General of Police (DGP), M. Mahender Reddy, reiterating that there was no Naxalite movement in the Telangana State, stated,

We are watching the Maoists' movement and not allowing them to intrude and regain their hold in the State. If they arrive, we are ready to weed them out with an iron hand.

Further, instructing SF personnel to keep an eye on the Telangana-Chhattisgarh border and prevent Maoists from entering the State, DGP, Reddy, asserted that Telangana had been free from Maoist activities till now and it should so remain in the future.

Nevertheless, a January 29, 2020, report revealed that the CPI-Maoist had succeeded in reinstating its ‘central committee (CC)’, the second highest rung in its hierarchy, with 21 members, 10 of whom were from Telangana. The remaining 11 members were from Jharkhand (four); two each from Andhra Pradesh, Maharashtra and West Bengal; and one from Bihar. Nambala Keshava Rao aka Basava Raju, hailing from Srikakulam (in neighbouring Andhra Pradesh), was elected ‘general secretary’ of the CC. Rao is also the ‘politburo’ and ‘Central Military Commission, CMC’ member, and the current ‘chief’ of CPI-Maoist. He took over the reins of the Maoist party from Muppala Lakshmana Rao aka Ganapathi on November 5, 2018.

Telangana has been exceptional in its counter insurgency (CI) operations. However, the State continues to suffer with deficits in its fighting force. According to Bureau of Police Research and Development (BPR&D) data (as on January 1, 2019), as against the sanctioned strength of 81,647 police personnel, the State has only 53,115 personnel in position, yielding a vacancy of 28,532, i.e. 34.94 per cent. In addition, the sanctioned strength of the apex Indian Police Service (IPS) Officers in the State is 139, but just 97 officers were in position, with 42 posts vacant, 30.21 per cent deficit, considerably weakening the executive supervision of the Force. Besides, the Police-area ratio (number of Policemen per 100 square kilometres) for Telangana is 47.44, as against the sanctioned strength of 72.93. The all-India ratio is 62.88, against a sanction of 78.95 per 100 square kilometres. These critical deficiencies in the enforcement apparatus of the State need urgent attention.

Though the Maoists have failed to re-establish a significant presence in the State thus far, they continue with their efforts. Significantly, they have a dogged and active presence in neighbouring States, constituting an abiding threat to Telangana.