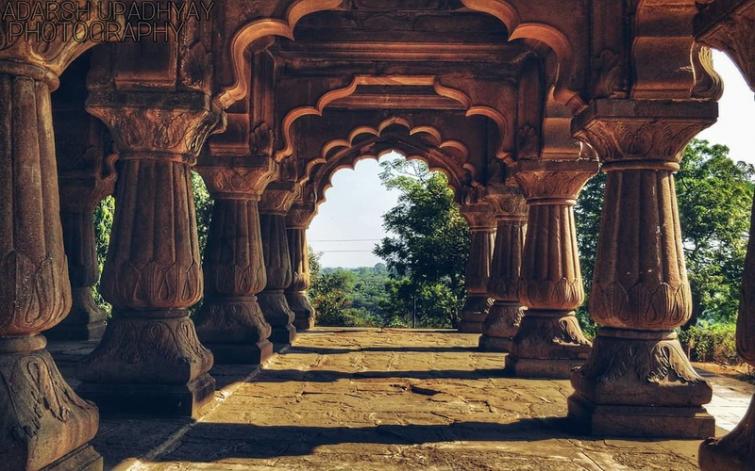 On February 24, 2020, a Communist Party of India-Maoist (CPI-Maoist) cadre was injured in an exchange of fire between Security Forces (SFs) and Maoists during a Forces’ combing operation in the forests of Kosam Dehi under Behla Police Station limits in the Balaghat District of Madhya Pradesh (MP). This is the only Maoist-linked incident reported in the State in 2020, thus far (data till March 8). During the corresponding period in 2019, no Maoist-linked incident was reported.

According to partial data collated by the South Asia Terrorism Portal (SATP), the State recorded three incidents of killing resulting in four fatalities (two civilians and two Maoists) through 2019, as compared to one incident of killing resulting in one fatality (Maoist) in 2018. Since March 6, 2000, when SATP started compiling data on Left Wing Extremism (LWE), 2019 saw the second highest number of overall fatalities recorded in the State in a year. The previous high of fatalities (two civilians and three SF personnel) was recorded way back in 2000. The number of incidents of killings in both 2000 and 2019 were the same, three.

The State recorded two civilian killings in two separate incidents in 2019, as against no fatality in this category in 2018. Worryingly, out of seven incidents of killing recorded in the State during this over-20-year period, five have occurred since 2016: two in 2016, one in 2017, none in 2018 and two in 2019.

While no fatality was recorded in the SF category in 2019, two Maoists were killed in one incident. The last SF fatality was reported on September 22, 2010, when the Maoists killed a trooper of the Hawk Force (special anti-Naxal force of MP Police) near Sitapala village in Balaghat District.

Since March 6, 2000, fatalities in both these categories stand at four each. These fatalities occurred in six separate encounters. There were another 10 exchanges of fire between the two sides in this period, without any casualty. These figures indicate a low level of combat between SFs and Maoists in the State where the Maoists, despite their best of efforts, have never had a strong presence.

Although Maoist activities, as suggested by other parameters, demonstrate the rebel presence in the State from time and to time, they have never been very significant. No incident of arson was reported in 2019. The State recorded a total of six such incidents since March 6, 2000, the last of which was reported in 2016. Similarly, no incident of explosion was recorded in 2019. Since March 6, 2000, the Maoists have triggered just three blasts in the State, one each in 2000, 2001 and 2003.

However, the Maoists have continued their practice of calling for bandhs (total shut down) in the State. One such call was made for a one-day Balaghat District bandh on September 18, 2019. The bandh call was given to garner support from the people. The Maoists put up banners and posters and appealed villagers to join the People’s Liberation Guerrilla Army (PLGA), the CPI-Maoist armed wing.

Significantly, all the fatalities in 2019 were recorded from just one District, Balaghat. Similarly, the fatality in 2018 was recorded from Balaghat as well. Of 15 fatalities recorded in the State since March 6, 2000, 12 have been in Balaghat alone. The remaining three fatalities were reported from Jagdalpur (one SF) and Konta (two civilians). Both Jagdalpur and Konta were part of Madhya Pradesh till the formation of the State of Chhattisgarh on November 1, 2000. Jagdalpur is now in the Bastar District and Konta in the Sukma District of Chhattisgarh.

Reports indicate that 30 SF personnel were killed by the Naxalites [Left Wing Extremists] in Balaghat District alone, between 1991 and 1998. 15 civilians were also killed in the District during the same period. Clearly, Balaghat has been the epicenter of Naxal activities in the State.

Besides Balaghat, LWE violence has been reported in Mandla. According to data provided in the Lok Sabha (Lower House of India’s Parliament) by G. Kishan Reddy, the Minister of State in the Ministry of Home Affairs, on June 25, 2019, two Districts of Madhya Pradesh – Balaghat and Mandla – are LWE-affected, along with 58 other Districts from seven States across the country [Andhra Pradesh (two); Bihar (10); Chhattisgarh (12); Jharkhand (18); Maharashtra (two); Odisha (12); and Telangana (two)].

Balaghat, along with Mandla, is also listed among the 90 Districts in 11 States identified as LWE-affected by the Union Ministry of Home Affairs (UMHA) on February 5, 2019.

Dindori is another District where the Maoist presence is felt. On July 3, 2019, V. K. Singh, Director General of Police (DGP), Madhya Pradesh, disclosed that LWE movement had been reported in Balaghat, Mandla and Dindori. He added that Naxalites were trying to create a corridor to Uttar Pradesh, Bihar, and Nepal.

A March 2, 2020, report indicates that Maoists are engaged in developing a new ‘base area’ in the dense Amarkantak Forest, to operate in Maharashtra, Madhya Pradesh and Chhattisgarh (MMC). The Amarkantak Forest lies at a location where the Vindhya, Maikal and Satpura ranges converge in Madhya Pradesh and Chhattisgarh. Over the past few years, the Maoists have increased their presence in the region. In this regard, an unnamed senior Indian Police Service (IPS) officer remarked;

Amarkantank is a getaway to Jharkhand from Odisha, Maharashtra and Madhya Pradesh and vice versa. It is inaccessible for security forces because there are not many roads. Distance between two police stations is about 30 to 40 kilometers. The population there is also very less, which makes tracking the movement of Maoists difficult.

An earlier report indicated that a ‘Maoist Vistaar (extension) corridor’ was being planned by CPI-Maoist, from the Kawardha District of Chhattisgarh to Amarkantak in the Anuppur District of Madhya Pradesh. Two platoons – Vistaar Platoon-1 and Vistaar Platoon-2 – of the CPI-Maoist’s ‘Kawardha-Balaghat (KB) Division’ were working on the plans to establish the ‘corridor’ via Dindori, Balaghat and Mandla Districts in Madhya Pradesh. Significantly, three Dalams (armed squad) – the Tanda, Darrekasa and Malajkhand Dalams – have already been active in Balaghat District for around a decade under the CPI-Maoist ‘Rajnandgaon-Gondia-Balaghat (RGB) Division’. The Maoists have evidently taken advantage of the bordering dense forests in the State under MMC to seek safety and mount operations.

Moreover, according to an unnamed State Intelligence Bureau (SIB) official, the ‘Vistaar Dalam of MMC zone’ was active in the forests of Amarkantak, and its numbers are sizeable. Most of the cadres are recruited from south Bastar (in Chhattisgarh) and a document seized from Maoists in December 2019 suggested that there were about 200 Maoist cadres in the ‘MMC Zone’.

Identifying the problem in the region, on August 26, 2019, Madhya Pradesh Chief Minister Kamal Nath urged the Central Government to clear proposals for road projects and residential schools in the two Districts (Balaghat and Mandla).

Meanwhile, according to Bureau of Police Research and Development (BPR&D) data (as on January 1, 2019), at least 59 Police Stations did not have wireless/mobile connectivity out of 1,117 Police Stations in the State. The sanctioned strength for the States’ Police is 128,287, but 101,751 personnel were in position, yielding a vacancy of 26,536, i.e. 20.68 per cent. Further, the sanctioned strength of the apex IPS Officers in the State is 305, but just 261 officers were in position, with 44 posts vacant, considerably weakening the executive supervision of the Force. The Police-population ratio in Madhya Pradesh, at 126.12 per 100,000, is significantly lower than the national average of 158.22, which itself remains substantially lower than the minimum of 220:100,000 regarded as desirable for 'peacetime policing'. Furthermore, the Police-area ratio (number of Policemen per 100 square kilometres) for Madhya Pradesh is 33.01, as against the sanctioned strength of 41.62. The all-India ratio is 62.88, as against a sanction of 78.95 per 100 square kilometres. These critical security gaps in capacities and deployment in the State need urgent attention.

The continued efforts of the Maoists to create new passages and corridors, avoiding direct confrontations with SFs, constitute a significant future risk, despite the failure of the Maoists to inflict significant current harm. Coordinating strategy and operations with neighboring States, in tandem with the Central Government’s support, will be necessary to ensure that this threat is not realized.